While the S&P 500 has soared nearly 19% year to date, shares of Eldorado Gold (NYSE:EGO) have skyrocketed, climbing more than 160% as of this writing. Although the stock's rise, in part, is a reflection of the 10% rise in the price of gold, there are a variety of other factors that have contributed to its bullish run, as investors believe the company has turned the corner from a challenging 2018, leaving the company poised to prosper in 2019.

Although optimism currently surrounds the company, it doesn't necessarily mean investors should build a position in the stock. After all, there are plenty of examples of gold miners that don't represent glittering opportunities. So let's dig in deeper to see if Eldorado deserves a place in investors' portfolios. 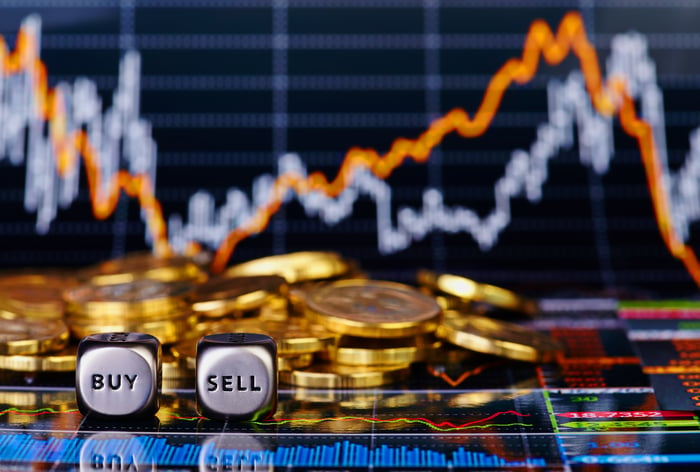 Investors keen on Eldorado's prospects predicate their arguments, in part, on the fact that mining operations are resuming at Kisladag. According to the company's preliminary second-quarter results, mining and stacking of ore resumed at Kisladag at the start of Q2, and production is expected to increase through the second half of the year. In fact, management forecasts that Kisladag, located in Turkey, will be the company's greatest gold-producing asset in 2019: 145,000 ounces to 165,000 ounces. Moreover, since Kisladag will only require capital expenditures of approximately $12.5 million in 2019, management believes the asset will generate strong cash flow.

It's not only Turkey where investors have their eyes focused, however, for recent developments in Greece have also figured prominently in the bull case for the stock. Suffering from a late-May defeat in the European parliamentary elections, Alexis Tsipras, the Greek prime minister, called for a snap election, which resulted in a victory for the presumably business-friendly New Democracy party in early July. Investors interpret this as an auspicious sign that Eldorado will be able to resolve its differences with the Greek government and develop two low-cost projects: Skouries and Perama Hill. It's no wonder shareholders are excited at the prospect of Skouries moving forward; the company estimates that the asset has an initial 23-year mine life based on its proven and probable reserve and an after-tax internal rate of return of more than 21%.

While plenty of investors see Eldorado's golden potential, there are plenty of others who view the company as nothing more than fool's gold. Skeptics know that the course of producing gold never doth run smoothly. Although the company has high expectations for Kisladag, it's far from a certainty that the mine will be as lucrative as management imagines it will be. Additionally, if Eldorado succeeds in achieving a resolution with the incoming Greek government, the successful development of Skouries is, likewise, far from a guarantee.

Turning from Eldorado's portfolio, pessimists will point to the company's financial health as an additional source of concern. As of the end of the first quarter, for example, Eldorado Gold had a net debt-to-EBITDA ratio of 10.8, illustrating the company's significant reliance on leverage. This is compounded by the fact that the company has struggled to generate strong operational cash flow over the past two years. For some context, consider one of Eldorado's closest peers by market capitalization, IAMGOLD (NYSE:IAG). Over the past three years, Eldorado Gold and IAMGOLD have averaged annual operating cash flow of $69 million and $267 million, respectively. And IAMGOLD doesn't have the burden of a debt-laden balance sheet. In fact, it ended Q1 2019 with a net cash position of $281 million.

Another consideration is the fact that Eldorado's stock doesn't offer investors a dividend. Granted, gold-mining stocks aren't the first names that come to mind when considering dividends, but there are options for investors in the space. For example, a gold-mining peer, Yamana Gold (NYSE:AUY), recently doubled its dividend, and the company's management hinted that future raises are a strong possibility.

Any consideration of Eldorado Gold's stock would be incomplete without considering its valuation. Since the earnings figures of mining companies are often complicated by the noncash expenses tied to the depreciation of their assets, examining these stocks in terms of their cash flows provides better insight. In terms of Eldorado Gold, we find that the stock currently trades at 26.1 times cash from operations on a trailing-12-month basis. This appears to be a slight discount to its five-year multiple, which is 26.6, according to Morningstar; however, it's far from enough of a discount to suggest there's a real bargain to be had. And in comparison to its peers, the valuation seems even more undesirable. IAMGOLD and Yamana trade at multiples of 18.8 and 9.2, respectively.

Not enough shine on this gold stock

While there are some reasons to believe that Eldorado Gold may glitter brightly in the coming months, the uncertainty regarding Kisladag and Skouries, the lack of a dividend, and the rich valuation all suggest that this is a stock that investors would be better off watching from the sidelines.