Today was a big day for quarterly results. Among other famous stock market names, Alphabet (NASDAQ:GOOG)(NASDAQ:GOOGL) and Intel (NASDAQ:INTC) unveiled their Q2 figures after the closing bell.

In addition, Intel announced the signing of a significant deal for one of its business units. Read on for more details of all these happenings. 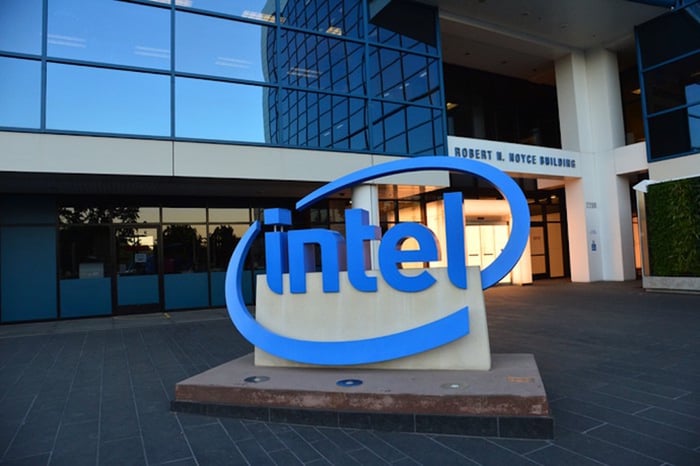 Of the three stocks mentioned, Alphabet is the one doing the best in after-market trading. Both classes of its publicly traded shares are up by around 9% just now.

That per-share earnings figure was much higher than the average analyst estimate of $11.10. In terms of revenue, prognosticators were collectively anticipating $38.15 billion.

As expected, the company's core Google brand was the growth spark plug, with revenue rising by 18%. The continuously expanding online world means more and more websites coming online that will need to advertise their goods and services and be found through Google's search engines. Google is often the first and only choice for such ads.

It was a memorable day for Intel, which posted better-than-expected Q2 results and closed a $1 billion deal.

For the quarter, Intel earned $16.51 billion, down slightly from the Q2 2018 tally of $16.96 billion. Still, the result was significantly above the average $15.68 billion projected by analysts tracking the stock.

On the bottom line, the dynamic was similar. Adjusted net profit slipped to $4.8 billion from $4.9 billion. Due to a change in share count, the former was actually higher than the latter on a per-share basis, $1.06 to $1.04, respectively. That $1.06 trounced the consensus analyst estimate of $0.89.

Intel took in more revenue than prognosticators expected in its data center group, plus the nonvolatile memory and Internet of Things (IoT) segments during the quarter.

Due to these and other factors, the company slightly raised full-year 2019 guidance for both revenue and per-share net profit. Intel now believes it will book roughly $69.5 billion in revenue for the former, with the latter coming in at $4.40. As with the Q2 results, these numbers are above the average analyst estimates of $68.47 billion and $4.23, respectively.

Not surprisingly, the company's shares are a hot item in the after-market sphere tonight (it also doesn't hurt that Intel pays a relatively generous dividend). The stock is currently up by nearly 6%.

... and announces a fresh deal with Apple

Along with its quarterly results, Intel announced it had reached an agreement with Apple (NASDAQ:AAPL) to transfer control of its mobile device modem business. As was reported several days ago by various media outlets, Intel and Apple had been engaged in talks about the unit for some time and were on the verge of closing a transaction.

Intel is selling the majority of the unit to Apple in a deal valued at $1 billion. It will receive assets that include around 17,000 patents related to modems. Also, around 2,200 workers currently employed by Intel will be transferred to Apple.

The deal is expected to close quickly. Intel said it should be finalized in Q4 of this year. It's still subject to approval from the relevant regulatory bodies.