It's time for investors to take a second look at CenturyLink, Ford, and AT&T.

Focusing your search for new investments only on stocks that are trading at heavily discounted valuations is not necessarily the best way to find great companies. Plenty of those businesses are undervalued for good reason. For similar reasons, not all high-yield stocks make great long-term investments -- yields rise when share prices fall, after all.

However, if you can find the right companies that are paying high yields and trading at a discount, they can be amazing additions to your portfolio.

To help investors in their search, we asked three Motley Fool contributors to share their top picks among high-yield stocks that are trading at rock-bottom prices. Here's why they came back with CenturyLink (LUMN -3.87%), Ford (F -4.92%), and AT&T (T -0.90%). 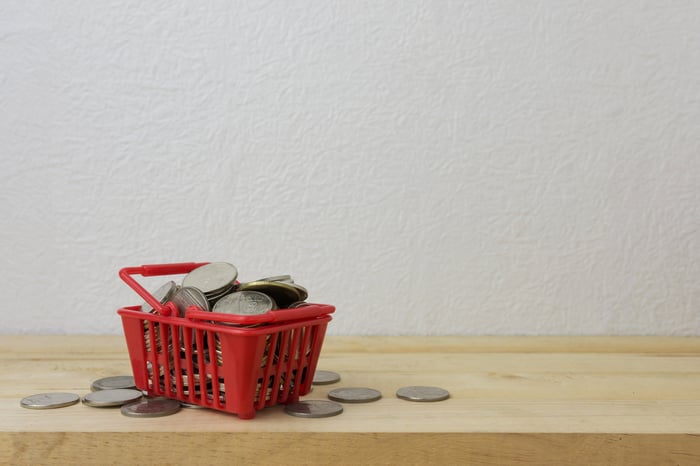 An internet service provider in distress

Nicholas Rossolillo (CenturyLink): It's no closely held secret that CenturyLink is having trouble. Its consumer-facing communications business has been in all-out decline for years, a slide that has only partially been offset by the success of its business segment. Though its merger with Level 3 Communications a couple of years ago shored up its bottom line, total revenue has been a low- to mid-single-digit decline story for awhile.

Management decided to halve its dividend payout early in 2019, and is now contemplating "strategic options" for its consumer business so it can double down on the business segments that are actually working. The uncertainty surrounding the company has caused its stock price to plummet -- 70% over the last five-year stretch, and nearly 25% so far this year alone. It's an ugly situation, but one that could spell opportunity for some investors. 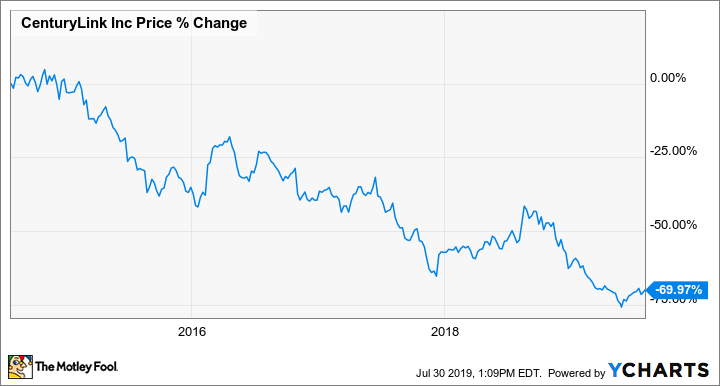 That's because CenturyLink has plenty of fiscal capacity to continue investing in new business while supporting its dividend, which currently yields a juicy 9%. Shares are also trading at a mere 3.8 times price to free cash flow (money left over after basic operating and capital expenditures are paid for), which reflects how negative  investor sentiment has gotten about this internet service provider. 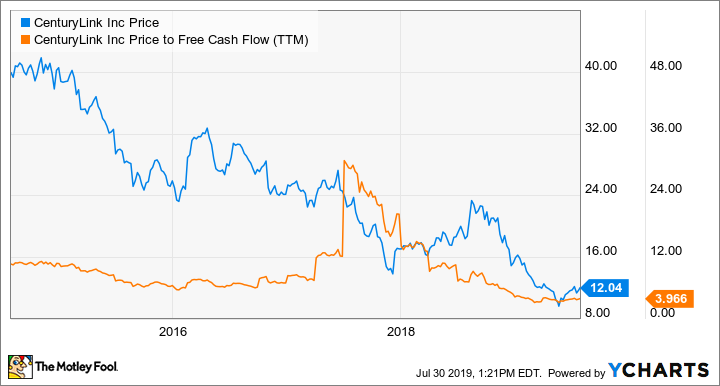 There are certainly flaws with this company, most notable among them that it holds ample assets for providing archaic internet and communications services that people are leaving en masse for more mobile options. But at its core, CenturyLink has value and can still play a role in the future of the internet. Getting to that point will involve a rocky ride, but the hefty dividend should help soften the blows for shareholders along the way. For those who don't mind a high-risk, potential-rebound play, CenturyLink is a solid pick.

Daniel Miller (Ford Motor): Investors looking to pocket juicy dividend yields at rock-bottom prices should look no further than a Detroit automaker that recently hit another speed bump: Ford. The company was already dealing with trade-war-related uncertainty, a plateauing U.S. light-vehicle market, and an expensive restructuring strategy. Then last week, it posted disappointing second-quarter results. The combination of all those factors has Ford trading at a paltry consensus forward price-to-earnings ratio of 7, but its juicy 6.2% dividend yield could entice investors to take a second look.

Sure, Ford's guidance left something to be desired: The automaker's full-year 2019 forecast for adjusted EPS is now between $1.20 and $1.35, much lower than analysts' consensus prediction of $1.39. But despite that, there were quite a few positive takeaways from the Q2 report. Automotive EBIT increased 19% year over year thanks to better global pricing. Ford's struggles overseas have lessened, as evidenced by the 46% rise in EBIT outside of North America -- a gain driven by large improvements in its China and Europe businesses.

Not only are Ford's overseas woes diminishing, it's still in the midst of refreshing its vehicle portfolio. Detroit's second-largest automaker plans to launch new crossovers this year including the Aviator, Corsair, Escape, and Explorer and even more next year when the "Baby Bronco", the Bronco, and a Mustang-inspired electric vehicle will arrive. Last but not least, the next generation F-150, Ford's bread-and-butter product, is slated to hit dealerships in 2020, which will drive demand, pricing and profits higher.

Ford's Q2 guidance was disappointing, but its performance in overseas markets is improving, it has new vehicles about to launch, and its dividend yields 6.2% at a paltry valuation for investors willing to invest long term in a cyclical industry.

Chris Neiger (AT&T): If it's been a while since you've considered buying AT&T stock, now might be the time to reconsider. The company's dividend currently yields an impressive 6%, and its shares trade at just 9 times forward earnings.

But aside from that, why should investors give AT&T a look? First, this telecom is evolving into a full-blown media empire: It now owns Warner Bros., HBO, Turner Broadcasting, and a host of other content that it will leverage to become a major player in video streaming.

The company is also making big investments in the next iteration of cellular technology as it builds out its U.S. 5G network. It plans to have 5G service up and running in 21 cities this year, and estimates nationwide coverage by 2020. This will not only deliver much faster data connections for mobile devices, it will open up opportunities for AT&T to offer new services to the Internet of Things market as well. According the the analysts at MarketsandMarkets, 5G services will be worth an estimated $123 billion by 2025, and AT&T should be well positioned to capitalize on the shift to this new technology.

It you're looking for high-yield stock at a great price, AT&T fits the bill. And on top of the company's steady dividend, its big bets on 5G and video content should both pay off in the coming years.