Grubhub (NYSE:GRUB) was once the biggest food delivery platform in America. However, it lost the top spot to DoorDash in May, according to Second Measure, and that gap has gradually widened in subsequent months. 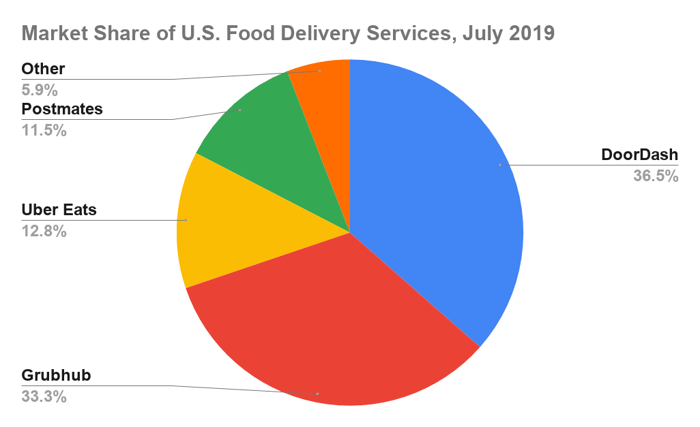 DoorDash recently acquired Square's Caviar, a much smaller rival, and landed a new delivery deal with McDonald's after the fast-food chain's exclusive agreement with Uber Eats expired. Those moves could help DoorDash maintain its lead against Grubhub, but there are also signs of trouble on the horizon.

DoorDash's tipping model recently came under fire when it was revealed that the tips didn't boost a courier's pay per order -- they merely subsidized the difference between a courier's "base" pay (as low as $1) and "guaranteed" pay (which varies).

DoorDash recently announced that it would change that controversial model, but it's still unprofitable and struggling with complaints about unsanitary behavior from couriers, late or canceled orders, and even violent confrontations between restaurant employees and couriers. DoorDash has claimed the delivery market's top spot for now, but it's unclear if it can maintain that lead over the long term.