The tech titan had previously awarded the glass maker $200 million.

Over two years ago, Apple (AAPL 0.12%) established an Advanced Manufacturing Fund that was ostensibly designed to support domestic manufacturing and job creation but arguably is really just a marketing vehicle for an existing business practice of prepaying suppliers. This morning, the Cupertino tech giant announced that it had awarded an additional $250 million out of that fund to longtime glass supplier Corning (GLW 0.64%), which had previously received $200 million from Apple back in May 2017.

The companies say that the 2017 "investment from its Advanced Manufacturing Fund has helped Corning deliver cutting-edge products for Apple, as demonstrated in the latest device lineup announced last week," referring to the trio of new iPhone models that feature what Apple calls the strongest glass ever put into a smartphone. 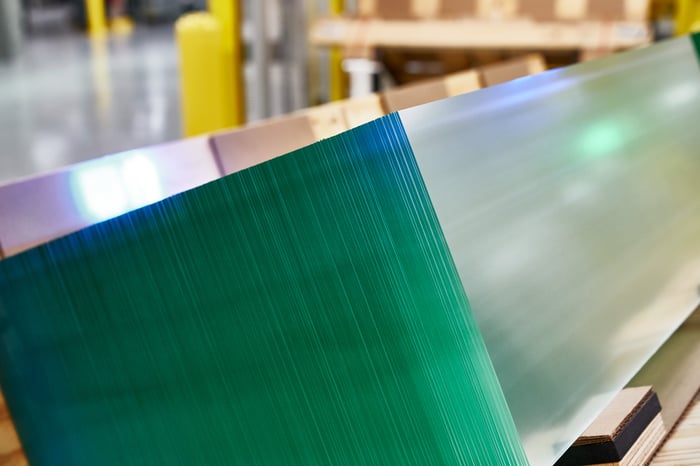 Over $1 billion deployed so far

Corning's manufacturing plant in Harrodsburg, Kentucky, which serves as the company's global glass technology center, produces the glass found in every generation of iPhone and Apple Watch, as well as most iPads.

"Apple and Corning's rich history dates back more than a decade, and our partnership revolutionized glass and transformed the technology industry with the first iPhone," Apple COO Jeff Williams said in a statement. "This award underscores Apple and Corning's shared belief in the vital role that ingenuity plays in creating industry-leading products, and the pride that both companies take in applying American innovation and advanced manufacturing to solve some of the world's toughest technology challenges."

Apple has now deployed over $1 billion of the $5 billion that was allocated. The company had also previously awarded 3D-sensing component supplier Finisar $390 million in December 2017. (II-VI is in the process of acquiring Finisar for $3.2 billion.) There was also a small $10 million award to Elysis, a joint venture between aluminum giants Alcoa and Rio Tinto that is exploring a smelting process that emits no greenhouse gases.

Apple likes to frame these awards as "investments," but they're really just prepayments for future component orders. That language had initially led to market confusion when Apple had announced the Finisar award, causing Finisar shares to spike 23% after investors thought Apple had taken a stake in the smaller company. In response, Finisar filed a statement with the SEC to clarify that Apple was not making a debt or equity investment; the money was simply "anticipated future business between the companies over a period of time."

That said, those prepayments do provide suppliers with more financial flexibility to invest in operations, while allowing Apple to secure supply of critical components years in advance.