Advanced Micro Devices (NASDAQ:AMD) looked all set to chip away at Intel's (NASDAQ:INTC) CPU (central processing unit) dominance in 2019, and it has not disappointed. AMD has continued making impressive progress in the CPU space this year, and there are reasons to believe that it will keep growing at Intel's expense.

AMD held a single-digit market share of the desktop CPU space three years ago, but it has now managed to almost double that number, according to Mercury Research's second-quarter 2019 numbers. AMD held 17.1% of the CPU market last quarter thanks to Intel's supply constraints and the success of the former's Ryzen chips. A year ago, AMD's CPU market share stood at 12.3%. 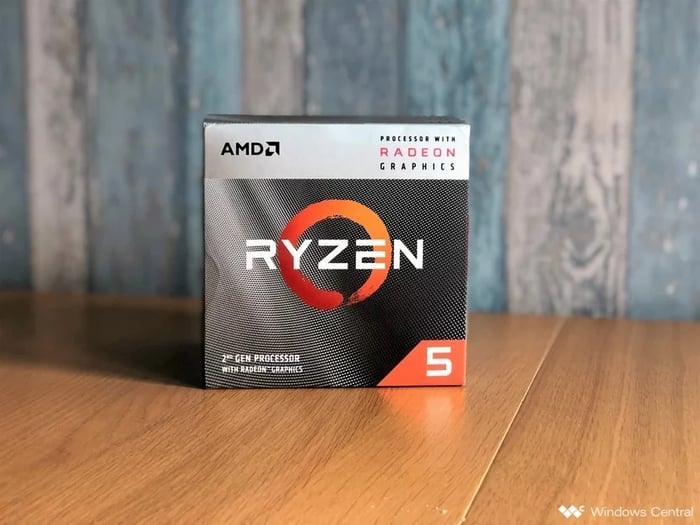 It could have commanded a bigger share of the CPU market, but the U.S.-China trade war and a generational shift to the new Ryzen 3000 chips held AMD back to some extent.

However, AMD looks all set to put these setbacks into the rearview mirror thanks to its latest Ryzen lineup, which promises to deal another blow to Intel's CPU dominance. The chipmaker has caught up with Intel as far as performance parameters are concerned, delivering impressive single-threaded and multithreaded performance at lower price points.

With AMD delivering more bang for the buck, it becomes easier for it to grab a bigger slice of the CPU space. What's more, Intel's shortcomings will make AMD's path much easier.

Intel will help AMD get bigger

Intel recently introduced its 10th-generation Comet Lake processors based on the 14-nanometer manufacturing process, and those processors are expected to be in 85 laptop models by the end of 2019. But if you're looking for the desktop chip, Intel could make you wait until the first quarter of 2020, according to a reportedly leaked document.

AMD, on the other hand, has already rolled out its latest generation Ryzen processors that are based on a 7 nm manufacturing process. The smaller process node means that AMD's offering is packing in more transistors in a smaller area, which allows the new Ryzen chips to deliver more computing power while keeping power consumption under control.

This means that AMD is currently enjoying a technology advantage over Intel, and that might not change until the second half of 2020 when Chipzilla's competing desktop chips based on the 10 nm platform will come out. What's more, Intel is planning to release parts based on the 7 nm process only in 2022, so AMD will continue to be at an advantage for the next couple of years at least.

But that's not the only disadvantage for Intel. In order to run Chipzilla's new CPUs that will come out this year, consumers will probably have to replace their motherboards thanks to a new socket design. AMD's new Ryzen chips, on the other hand, are backward-compatible. This means that users upgrading to the Ryzen 3000 chips won't have to buy a new motherboard.

This is another reason why sales of Ryzen should keep climbing despite Intel's new chips.

Don't be surprised to see AMD close the gap with Chipzilla in the coming quarters and grab a bigger share of the CPU pie, and that could make it a top tech stock.