Focusing on the brand may not be the right strategy.

Harley-Davidson ( HOG -2.33% ) is struggling with a number of headwinds that put the business in a precarious position long-term. Its core customers are aging and aren't being replaced by a new generation of loyal riders as has happened in the past. At the same time, transportation itself is changing, with younger consumers using ridesharing more frequently and even forgoing vehicle ownership altogether.

The result is a declining business that shows no signs of recovering at the moment. Management has a plan to turn the company around with an initiative known as "More Roads to Harley-Davidson," where it hopes to increase Harley ridership by 1 million people over the next decade to 4 million people. It's a tall task given where the business is today, and focusing on the Harley-Davidson brand may be a losing effort. 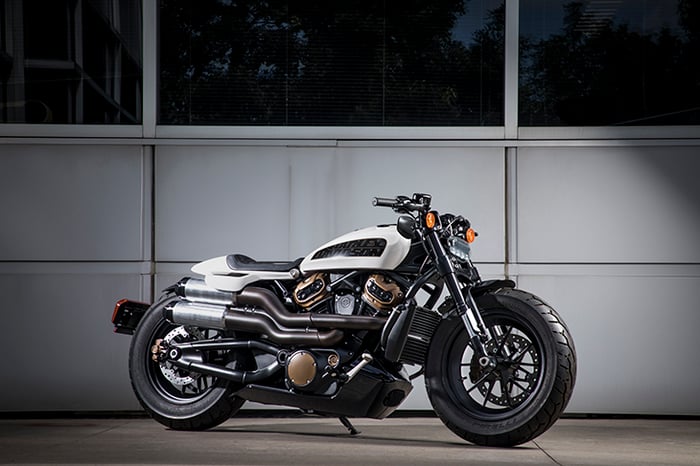 You can see below that revenue and net income have been falling consistently over the last five years and have hit new lows in the last 12 months. A sharp decline in unit sales is to blame and new products like the electric motorcycle LiveWire have done little to spur customer excitement. 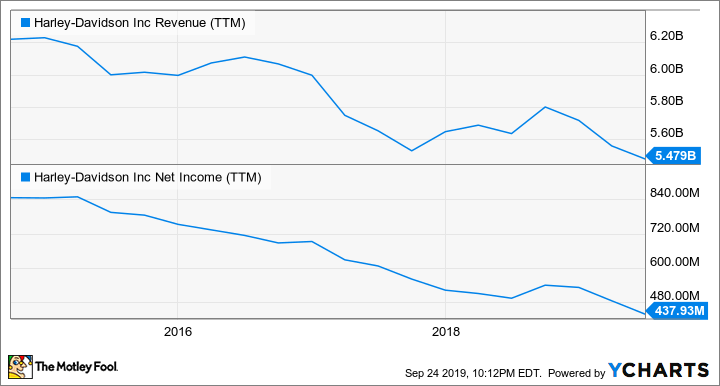 This is the landscape Harley-Davidson is operating in and what management is trying to turn around. And a turnaround is a tall task given the macro backdrop.

In a release this week, management laid out its Amplify Brand plan to attract more riders, which was explained as: "Enhancing the Harley-Davidson experience to inspire interest in riding, foster moto-culture and build an even bigger, more passionate community of Harley-Davidson riders."

Harley-Davidson doesn't just want to make motorcycles for customers, it wants to "build the next generation of riders." Along with branding, it's building new products, expanding access across the globe, and working with dealers to build a more complete solution for riders.

Building on the existing brand is a great idea in theory, but executing is the challenge. CEO Matt Levatich said the company will "leverage the power of the brand to demonstrate how riding a Harley-Davidson fills the mind, body and soul in ways that help riders live for real." This sounds like a call to action for enthusiasts, but I'm not sure it's going to attract new riders to the brand.

The real question investors should think about is whether the brand itself is the problem, not the solution. Young consumers, particularly in cities, aren't exactly rushing out to buy motorcycles, much less Harley-Davidsons, and would rather pick up an electric scooter to get around. And the connotation that you're not living a real life if you're not riding a Harley-Davidson may not sit well with a younger audience that isn't inclined to ride motorcycles in the first place.

Trying to right a sinking ship

Harley-Davidson has set grand goals to grow the company again and hopes that a focus on new products and the brand will help, but that may be missing the point. Ridership overall is declining and young consumers aren't looking to spend tens of thousands of dollars on a motorcycles, no matter the brand.

Instead of trying to grow the number of riders it has, Harley-Davidson may want to work on making a profit from the riders it has left. The negative macro trends aren't changing anytime soon, and a disruption in the market like a recession could spell trouble for an already reeling stock.

Is Harley-Davidson Stock a Buy?