Don't think that the broad pullback for marijuana stocks means doom and gloom is here to stay for the industry. Investors in marijuana stocks have become accustomed to big swings both up and down. An upturn will arrive sooner or later.

However, not every marijuana stock is a smart pick to buy right now. I think investors should be especially leery about three stocks: Aurora Cannabis (NASDAQ:ACB), CannTrust Holdings (OTC:CNTTQ), and Tilray (NASDAQ:TLRY). 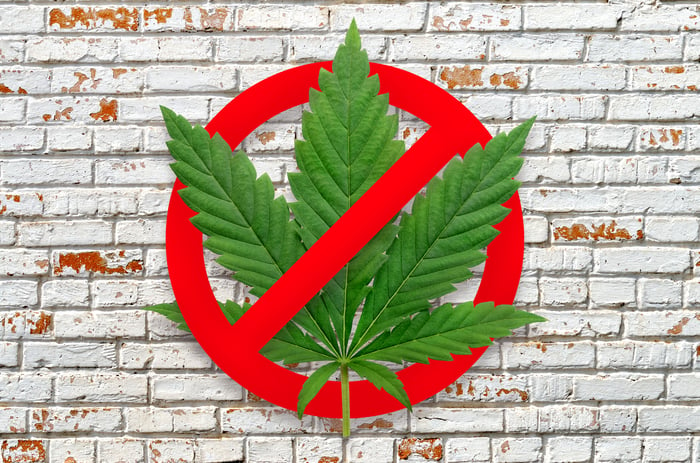 Aurora Cannabis was a darling of Wall Street analysts earlier this year. But the Canadian cannabis producer quickly went from darling to downgrades after it managed to miss fourth-quarter revenue guidance that it had provided only a few weeks before its quarterly update.

To be clear, I'm not down on Aurora because of the Q4 miss. The problem wasn't as much with the company's performance, which was actually pretty good, but was instead with its forecasting ability. I think Aurora will learn from its mistake on this front.

My concern with buying Aurora right now is that it's on track to need more money in the not too distant future. I expect the company will issue more shares sometime in the first half of 2020. And I expect Aurora's share price will take a beating when it happens.

Dilution has long been a big issue for Aurora. It's going to continue to be an issue until the company can achieve profitability or find a partner with deep pockets. With Aurora maintaining that it doesn't want an equity investment from a big partner outside the cannabis industry, it needs to make progress on its path to profitability. But for Aurora, profitability is a goal that's still only a goal.

CannTrust is unfortunately still a stock that investors can't trust. The company continues to reel from the disclosure earlier this year that it cultivated cannabis in grow rooms that weren't licensed at the time.

The latest shoe to drop for CannTrust is Health Canada suspended its license to produce and sell cannabis. This isn't a death knell for the company. CannTrust could get its license reinstated if it can demonstrate that it has implemented measure to ensure that it fully complies with Health Canada regulations in the future.

Some investors could be tempted to buy shares of CannTrust at a rock-bottom price in anticipation that it will eventually rebound. But the problem is there's no way to know if the stock really is at its rock bottom or if it will actually bounce back.

The reality is that CannTrust is a purely speculative stock right now. Buying shares would be more akin to gambling than investing, in my opinion.

Tilray is one of those marijuana stocks that many either love or hate. Vertical Group analyst Gordon Johnson is one of the haters. He predicts a massive meltdown for Tilray even bigger than its big year-to-date plunge. On the other hand, Cowen analyst Vivien Azer still thinks that Tilray has plenty of room to run despite slashing her one-year price target for the stock by 60%.

I'm not nearly as negative about Tilray as Gordon Johnson is. However, I'm not as optimistic about the stock as Vivien Azer is, either.

In my view, the primary challenge for Tilray is similar to Aurora's: It could run out of cash. Tilray also shares another thing in common with Aurora in that it doesn't want to take on an equity partner. The combination of those two ingredients makes a recipe for more dilution.

Tilray is probably farther away from profitability than Aurora is. Although Tilray CFO Mark Castaneda said in the company's Q2 conference call that Tilray will achieve positive earnings before interest, taxes, depreciation, and amortization (EBITDA) by the end of 2020, he added that it would probably be three to five years before the company generates positive cash flows.

The key words in my take about being leery of buying Aurora, CannTrust, and Tilray are "right now." I think that Aurora is in a good position to be a big winner over the long run as the global cannabis industry grows. It wouldn't surprise me if CannTrust is acquired at some point because of its tremendous production capacity. I like Tilray's partnerships with several big companies outside of the cannabis industry.

However, all three of these stocks have significant issues that increase the risks associated with buying them right now. I don't think that investors can time the market, but I do believe that now isn't a great time to buy any of these three stocks. There are better marijuana stocks to buy without nearly as much baggage as that of Aurora Cannabis, CannTrust, and Tilray.