Those gains are attributable in part to an overall bullish run for defense stocks, fueled by spending increases at the Pentagon. But Lockheed has been among the leaders in the sector thanks to a solid track record of beating expectations and a portfolio loaded with products that address some of the Department of Defense's top priorities. 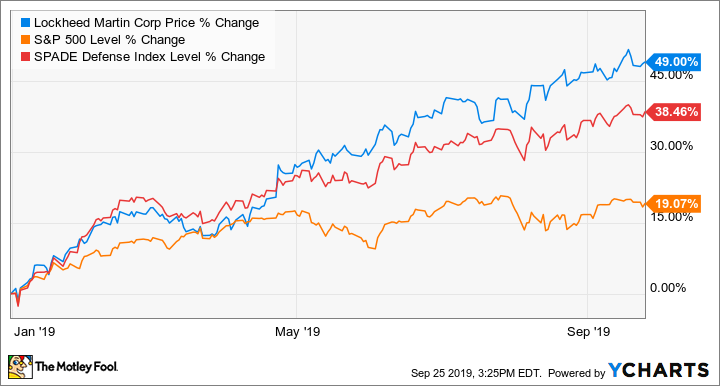 Can Lockheed Martin continue its outperformance, and are its shares at their current high levels still a buy today?

Perhaps the best known of Lockheed Martin's current offerings is the F-35 Joint Strike Fighter, a trillion-dollar warplane that after years of trials and turmoil is finally beginning to hit its stride. The F-35 accounts for about 30% of the company's sales. The Pentagon intends to buy more than 2,000 frames for a total of more than $300 billion over the plane's lifetime, and Lockheed Martin also anticipates significant sales to foreign allies, as well as spare parts sales and maintenance work for a generation. 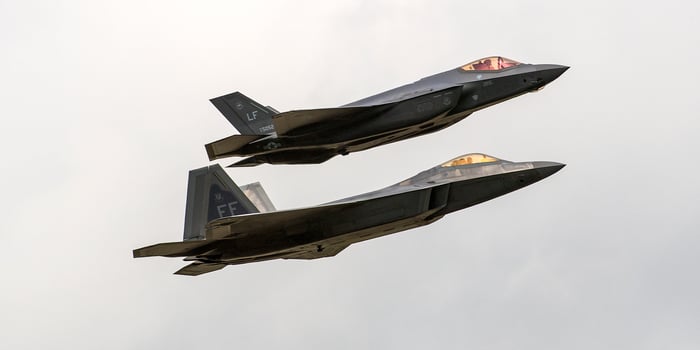 The criticism of Lockheed Martin from an investment standpoint used to be it was overly reliant on its aircraft business, but the company has outperformed of late in part due to the strength of some of its other businesses such as missile defense and space. It's way out in front of domestic rivals in terms of hypersonics -- missiles that travel at least five times the speed of sound -- winning $3.5 billion in contracts over the past year.

The Pentagon has identified hypersonic missile technology as an area where China and Russia are on par with or ahead of the U.S., so it needs extra investment and attention. Military leaders, in justifying handing a series of awards to Lockheed Martin instead of spreading the funding around to a more diversified contractor base, said "no other contractor has this level of design maturity," and estimated that the government would have been forced to absorb more than $100 million in duplicate development costs had it gone with any other bidder.

Lockheed Martin is also the maker of the THAAD anti-ballistic missile system, and the PAC-3 missile used on Raytheon's popular Patriot missile defense platform. Overall, the company expects its missile business to post double-digit percentage growth in 2019, and to continue that momentum into 2020 and beyond. 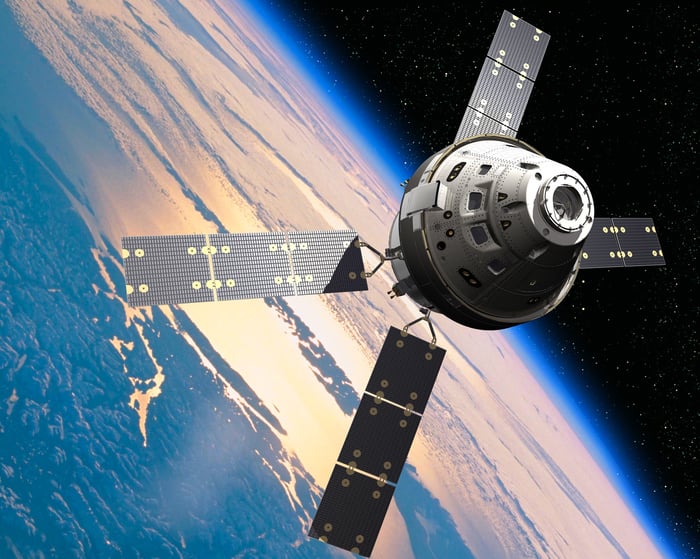 The company's space unit recently landed a big win when it was awarded $4.6 billion to build at least six Orion space vessels for NASA as part of the agency's plan to return to the moon. NASA has the option to eventually order another six capsules by 2030, creating another potential long-term revenue stream for Lockheed Martin.

Finally, Lockheed is also the owner of one of the largest helicopter franchises, Sikorsky, which is involved in a number of multibillion competitions to replace the military's aging rotary-wing fleet.

That portfolio is generating strong operating performance. Lockheed Martin in late July reported its second straight quarterly beat, earnings $5 per share on revenue of $14.4 billion compared to expectations for $4.77 per share in earnings on sales of $14.2 billion. The company also hiked its full-year guidance for the second time in 2019, and said it expects to generate more than $7.6 billion in operating cash for the year.

Every operating segment of the company is growing, with missiles and space leading the way of late. Its cash conversion rate (a measure of a company's ability to convert earnings into free cash flow) was 120% in the period.

Even the negatives from the most recent report come with silver linings. Defense programs tend to have long lifespans, and grow more profitable over time as research and development spending declines and sales increase. Lockheed warned it expects to increase spending in 2019 and sustain that higher level, about $1.7 billion annually, for the next few years, in part because it needs to add capacity at its legendary Skunk Works research facility in California to handle some of its new hypersonic missile work  and other contract wins.

A premium valuation for a premium company

Lockheed Martin shares are no bargain, trading at premium price-to-earnings ratio compared to other top defense contractors. But as Motley Fool co-founder David Gardner loves to say, "winners win," and there is a strong argument to be made that Lockheed will continue to outperform instead of regressing to the mean. 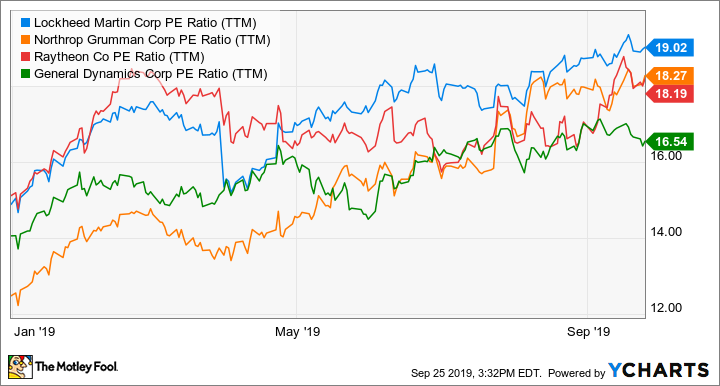 The company has the industry's top portfolio of products, and exposure to multiple areas where Pentagon budgets should grow for years to come. It has a seat at the table for every discussion involving a Pentagon priority, and should win at least its fair share of new business in these areas in the years to come.

In Lockheed Martin, investors get a best-in-industry dividend yield of 2.25%, a $137 billion backlog providing revenue visibility well into the next decade, and the opportunity for further growth. Over the long haul, there is no reason to believe its shares can't continue to climb higher. Lockheed Martin is a buy.