For electric-car owners, charging infrastructure is a necessity. For restaurants and retailers, it could be an excellent marketing tool.

One of the major questions about electric vehicles has been who will build the charging infrastructure for all of them? If EVs are to become a genuine alternative for the masses, hundreds of thousands of charging stations will need to be installed around the world, and it's not clear yet whether it will be utilities, automakers, start-ups, or someone else footing the bill to get that done.

If recent developments are any indication, it may be that consumer-focused companies are beginning to see EV chargers as a marketing tool: "Eat or shop here," such businesses could say, "and we'll provide you a convenient place to fill your car's battery." And that may be a win-win for everyone. 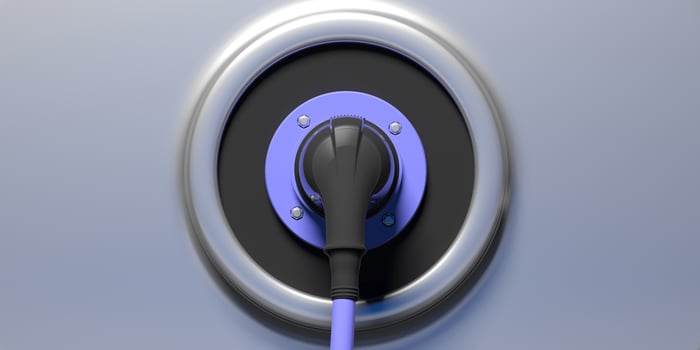 It's no surprise that companies like BP and Shell are adding charging equipment to their gas stations, so as not to lose customer traffic. But by and large, gas stations aren't the sorts of places where people want to hang out, so the idea of spending 30 minutes or an hour waiting at one as your car fills with electrons isn't likely to hold much appeal.

Retail locations and restaurants are a different story. People visiting them already plan to spend a bit of time. By providing charging stations, businesses give electric-vehicle owners an added reason to visit their stores rather than those of a competitor, and provide customers with an incentive to stay longer than they might otherwise. McDonald's (MCD -0.35%), for example, has installed 55 charging stations in Sweden and has laid out plans for 168 fast chargers in the Netherlands. Both countries have relatively large numbers of EV drivers.

McDonald's isn't the only restaurant testing EV charging. Ruby Tuesday, Sonic, Culvers,  Buffalo Wild Wings , and many others have all installed chargers at some of their locations. That's been on more of a one-off basis so far, but if McDonald's widens its charging footprint to include the broader U.S. market, rival chains may find they have to install chargers widely just to keep up.

Likewise, major retailers like Target (TGT -0.54%) and Walmart (WMT 0.32%) have been installing chargers for their EV-driving customers. Again, if this induces people to visit a little more frequently or spend a little more time in their stores, that could result in noteworthy gains for these companies.

Is this the end of the proprietary charging market?

If charging as a marketing tool continues to expand, there will be an incentive for companies building chargers to serve as many people as possible. That'll mean proprietary networks like Tesla's (TSLA -0.32%) may fall out of favor compared to the CHAdeMO or SAE Combo CCS standards that more automakers are using.

Plug standards have always been a challenge in the EV industry, and at the end of the day, it will be the auto manufacturers and charger installers that decide what standard wins. If restaurants and retailers want to appeal to the widest possible range of customers, I don't think Tesla's charger will be their choice, but rather a more standard plug that every EV can use with a simple adapter.

In order for electric vehicles to win wide adoption, buyers will need to have confidence that they won't have to worry about finding places to charge them when needed. For internal combustion engines, there are around 168,000 businesses selling gas across the country. Maybe the way for the EV industry to create an equivalent infrastructure for its drivers would be to join forces with the fast-food industry.

That strategy would provide an additional revenue stream for the restaurants, and an incentive for drivers to stop at those locations, which they are likely to view as more pleasant places to wait than a gas station.

Now, if hang-out coffee shops like Starbucks (NASDAQ: SBUX) or Dunkin Donuts decide to get into the EV charging business, they could make vehicle chargers ubiquitous, given their number of locations. And that could help accelerate electric-vehicle sales in the U.S. and worldwide.