Please ensure Javascript is enabled for purposes of website accessibility
Log In Help Join The Motley Fool
Free Article Join Over 1 Million Premium Members And Get More In-Depth Stock Guidance and Research
By Harsh Chauhan - Oct 7, 2019 at 11:28AM

The streaming specialist is trying another trick to lure users in India, but it might not have the desired results.

Netflix (NFLX -0.08%) has been trying very hard to make a dent in India. It has been creating a lot of content specific to that market and launching low-cost mobile-centric plans in a bid to lure India's booming smartphone population and drive its next wave of growth.

So it is not surprising to see Netflix trying another trick in the book -- luring Indian customers with a free episode of its latest original series for the Indian market. But is this trick going to move the needle for Netflix in India? Let's find out. 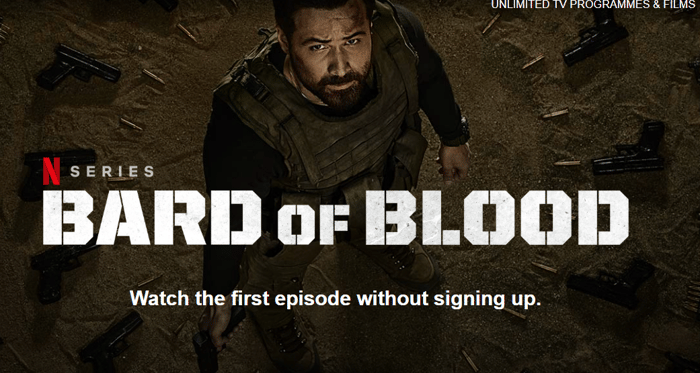 Nothing great about this move

Indians who haven't signed up for Netflix yet can simply head over to the company's website and watch the first episode of Bard of Blood for free -- without signing up. Previously, someone wanting to watch a Netflix show in India needed to buy a subscription or enter into a 30-day trial period that required the user to provide payment details.

Netflix allows a user signing up for the trial period to cancel the subscription before the trial period ends so that they are not charged. So the company's move of offering just one free episode isn't that radical, as anyone with a debit or a credit card in India could enjoy the entire streaming service for a month without paying any money.

For some perspective, India had nearly 49 million credit cards and almost 825 million debit cards in May this year.

The only advantage with the latest freebie is that a user will not have to punch in their card details, but all they get in return is just one free episode, and that from a series that has been panned by critics. The spy thriller hasn't been as impressive as its Amazon Prime Video rival The Family Man, which was released around the same time.

In all, Netflix's latest move to attract Indian users is a dumb one because a free episode from a badly reviewed original series is unlikely to lead to many membership conversions. And smart users will simply do what they've been doing anyway: opt for a 30-day trial and cancel their subscription before the period ends.

Another misstep in India from Netflix

With competition in India heating up, Netflix is trying hard to make a dent over there. It recently announced cheap, mobile-only plans for the Indian market that actually don't seem very cheap when compared to rival offerings.

Of course, it cannot be denied that the company is working hard on the content front, having commissioned 12 India-specific originals and 22 films in local languages. But because Netflix costs much more than rival streaming services, it is at a disadvantage. Not surprisingly, Netflix was the least preferred video streaming service in India according to a survey carried out by app distributor MoMagic.

The survey was conducted from June to August 2019 and included around 7,500 unique respondents spread across the country.

Only 9% of the respondents picked Netflix as their streaming platform of choice, with 26% opting for Amazon Prime Video and 41% going for Hotstar, which is owned by Disney. That paints a bad picture of Netflix in India as a high proportion of Indians are willing to spend money on video streaming subscriptions, according to the survey.

The MoMagic survey found out that 70% of the respondents consume content on video streaming platforms after subscribing. But Netflix is not the preferred avenue for that spending as the results of the survey suggest. This can be attributed to the pricing tiers offered by the company in India.

Offering a free episode from a not-so-well-received original will not give Netflix what it needs to succeed in India's competitive video streaming market. Don't be surprised if this initiative fails to yield any results for the company.