Match Group (NASDAQ:MTCH) shares lost ground last month, shedding 16% even as the S&P 500 rose by 2%, according to S&P Global Market Intelligence. That decline only put a mild dent in longer-term investors' gains, however, given that the stock still ended September up by more than 70% for 2019 overall. 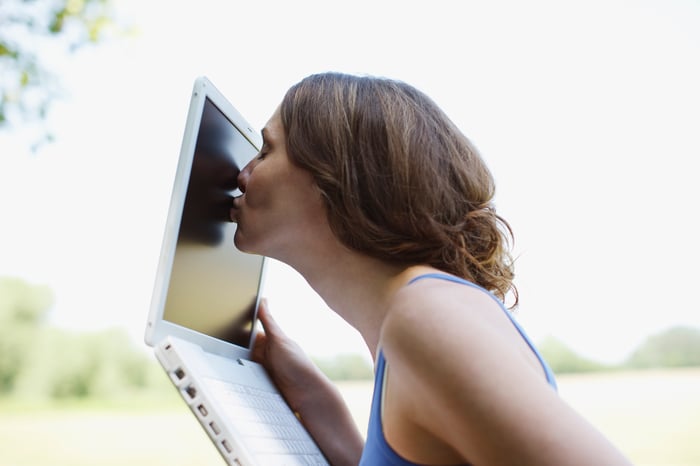 Most of the decline came late in the month after the Federal Trade Commission announced a lawsuit against the company. Among other things, the FTC alleges the company has been "using fake love interest ads to trick consumers into paying for a Match.com subscription." In essence, it has allegedly been tempting them with the prospect of exchanging messages with a genuine romantic prospect, when the contacts were coming from accounts already flagged as likely fraudulent.

The FTC doesn't allege that Match Group was behind the actual romance scams, but rather that it used known scammers' messages to entice free trial users to sign up for the paid service. Match.com users can't respond to messages they've been sent unless they subscribe.

It's unclear how large a financial hit the tech stock would take if it were to lose this lawsuit. The more important question is to what extent Match Group's subscription growth has been coming from efforts that result in a poor user experience, which would open it to challenges from Facebook (NASDAQ:FB) and others looking to take market share in the online dating business.