Please ensure Javascript is enabled for purposes of website accessibility
Log In Help Join The Motley Fool
Free Article Join Over 1 Million Premium Members And Get More In-Depth Stock Guidance and Research
By Jason Lee - Oct 25, 2019 at 11:25AM

An expanded deal with Dunkin', a leading baked goods and coffee chain owned by Dunkin' Brands (DNKN) and formerly known as Dunkin' Donuts, is the latest in a string of victories for plant-based meat substitute company Beyond Meat (BYND 9.40%).

Here are the details investors in both companies and those looking to invest should be aware of. 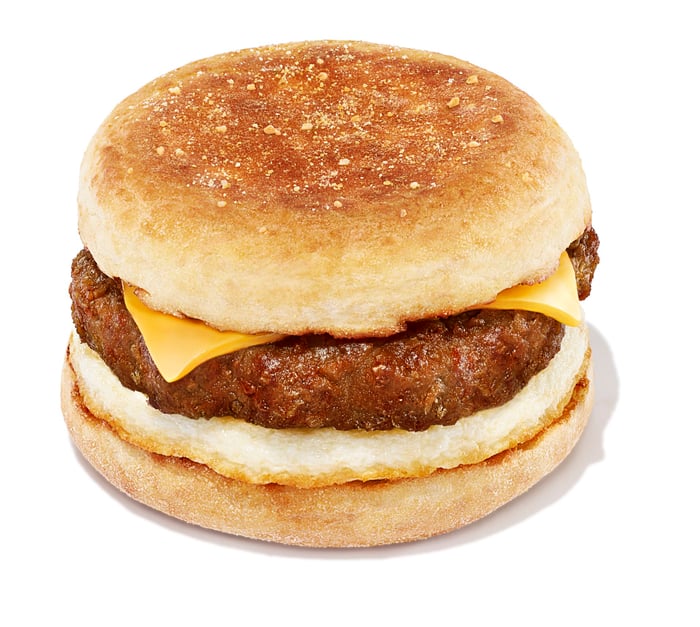 As mentioned, tests of the meat-alternative breakfast sandwich far exceeded what Dunkin' Brands expected. Specific sales numbers were not made public, but the company did say the sandwich was the No. 2 best-selling sandwich in the trial locations. In response, the company announced a change to the original nationwide launch date, from January 2020 to Nov. 6 of this year. While not directly mentioned, this looks to be a rollout to all U.S. Dunkin' locations. According to the company's website, it has over 8,500 domestic locations, which would be covered by the 9,000 restaurants mentioned in the company's press release.

Priced at $4.29 during the Manhattan trial, the sandwich contains 470 calories, 24 grams of fat, and 24 grams of plant-based proteins. The meat version of the same sandwich has 550 calories, 34 grams of fat, and 22 grams of protein. If the taste is comparable, calorie- and health-conscious breakfast shoppers might be attracted to this sandwich. Full nutrition reflects 80 fewer calories, 29% less total fat, lower cholesterol, lower sodium, and 33% less saturated fat.

The successful market test and nationwide partnership between Beyond Meat and Dunkin' Brands is not the first win for the meat-alternative brand. Beyond Meat has found a steady place in the news recently, with its products earning spots in many popular fast-food and restaurant establishments. Current restaurants offering a Beyond Meat product include:

The most notable recent news for the company is a test of the product with McDonald's (MCD 1.52%). At the end of September, McDonald's began a 12-week test in select Canadian locations of the P.L.T. (plant, lettuce, tomato), a play on the B.L.T. The trial will conclude Dec. 23, though results may not be made public immediately.

While there are concerns McDonald's customers are not interested in healthy alternatives, the test should still be monitored closely by investors of both companies. Beyond Meat's stock jumped 11% just on the announcement of the test between the two companies. You can begin to guess what might happen to the stock if the tests are successful, and Beyond Meat earns a permanent spot on the McDonald's menu.

Dunkin' Brands will report earnings on Oct. 31. Investors should look for more information on specific expectations for the new breakfast sandwich. Beyond Meat is scheduled to report earnings on Oct. 28, a few days before Dunkin' Brands. Investors should look for expectations with the Dunkin' Brands partnership, any information on the success or failure of the McDonald's test, and what other restaurants might be on the docket for potential partnerships.