Please ensure Javascript is enabled for purposes of website accessibility
Free Article Join Over 1 Million Premium Members And Get More In-Depth Stock Guidance and Research
By Evan Niu, CFA - Nov 1, 2019 at 10:00AM

The Mac maker spent just over half of its capex guidance for fiscal 2019.

Apple ( AAPL -1.17% ) has been dramatically ramping up its capital expenditures in recent years for numerous reasons. The company has been introducing more iPhone models per year since 2017, requiring more manufacturing infrastructure to produce all those different variants; Apple needs more data centers to support its booming services business and growing installed base; and it continues to expand its physical presence with new corporate campuses and retail stores as part of its pledge to invest in the U.S. economy.

The Mac maker has now filed its annual form 10-K in connection with its fiscal fourth-quarter earnings report, which disclosed that capital expenditures in fiscal 2019 were far less than anticipated. 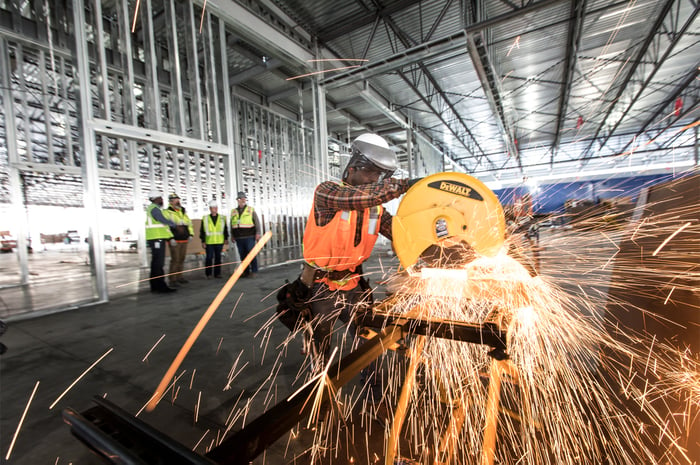 Construction of Apple's data center in Reno, Nevada, which was completed in February 2019. Image source: Apple.

Around this time last year, Apple said in its fiscal 2018 10-K that fiscal 2019 capital expenditures were expected to be $14 billion. That forecast represented a dip from the $16 billion per year budget that the company had allocated for capex for the prior two years. So how much did the Mac maker end up spending in fiscal 2019? A mere $7.6 billion, or just a little over half of its guidance. 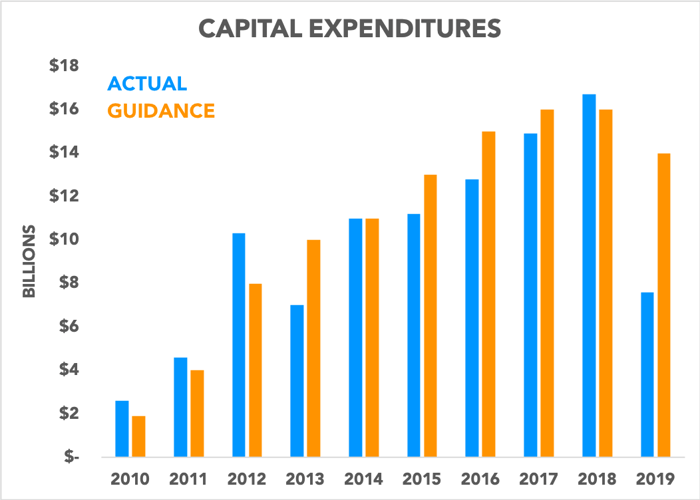 It's not just Apple -- everybody's doing it

Despite CEO Tim Cook's persistent optimism regarding President Trump's trade war with China, those tensions and the associated risks and uncertainties have been weighing on corporate investments as global recession fears loom.

Investment flows between the two countries -- which happen to be the two most operationally important to Apple -- are at five-year lows, and U.S. investment in fixed assets declined by an annualized 0.6% in the second quarter, according to the U.S. Bureau of Economic Analysis.

"Corporate capex has been a perennial disappointment in this economic cycle, and all the more so given large and sustained monetary stimulus, cuts in corporate taxation, and plentiful balance sheet cash," S&P Global Ratings corporate economist Gareth Williams said over the summer.

Citing its annual global corporate capex survey, S&P Global added, "While there is limited evidence of a direct impact of U.S.-China trade tensions, its indirect impact on consumer confidence and escalating tensions surrounding technology have aggravated a sharp decline in IT hardware capital expenditure in the Asia-Pacific ex-Japan region, according to the survey."

Diversifying the supply chain outside of China

That narrative bears out in Apple's numbers. The company's long-lived assets, which includes manufacturing equipment held at manufacturing partners' facilities, declined for the first time in years. 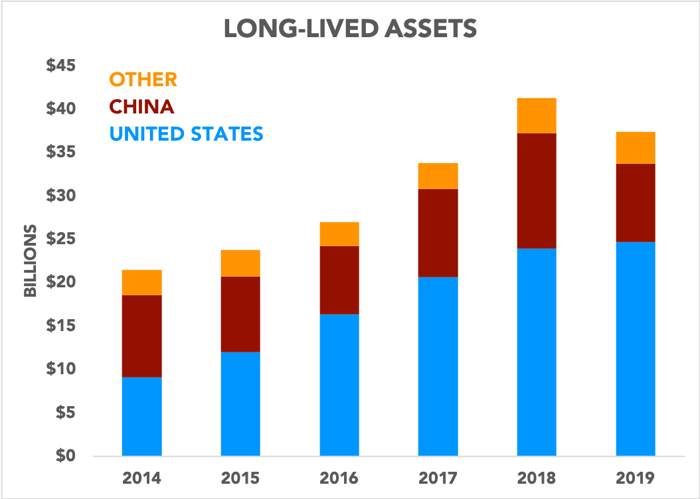 The carrying value of long-lived assets fluctuates over time as companies invest through capex while existing assets get depreciated over time, but Apple saw a particularly sharp drop in long-lived assets located in China, which fell by $4.2 billion to $9.1 billion in fiscal 2019. For depreciation purposes, Apple estimates the useful life of manufacturing infrastructure anywhere from one to five years.

This all makes sense when you consider that Apple has been working to diversify its supply chain outside of China, expanding into neighboring countries to mitigate supply-chain risk. The company is reportedly planning to invest $1 billion in India via contract manufacturing partners, for instance. But building up supply chains takes a long time, and in the meantime, Apple will hang on to its cash.