Two ways to chase a "next big thing."

2019 has been a great year for most stocks given that the S&P 500 is up over 20% year-to-date. Sociedad Quimica y Minera (SQM 1.18%) and ConocoPhillips (COP -5.44%) are not most stocks. ConocoPhillips is a leading exploration and production (E&P) company that has clawed back some of its losses but is still down around 5% for the year whereas Sociedad Quimica y Minera (SQM), a basic materials company specializing in lithium and specialty plants nutrition, is down around 30% for the year. But each stock yields over 3% -- and is involved in making money from a "next big thing" -- and now is a good time to determine which one is the better buy.

By now you've probably heard of the shale revolution, the result of unconventional hydraulic fracturing and horizontal drilling techniques that have led to the rise of United States energy independence. Shale gas and shale oil production have been around for decades, but only recently has the process of extracting hydrocarbons from these tight rock formations become cost-effective. As a result of improved efficiencies, many of the largest American E&P companies have allocated the majority, if not all, of their portfolios into U.S. shale gas and oil. Just like a stock portfolio, a heavy concentration into just a few investments can be risky, even if their prospects seem bright. 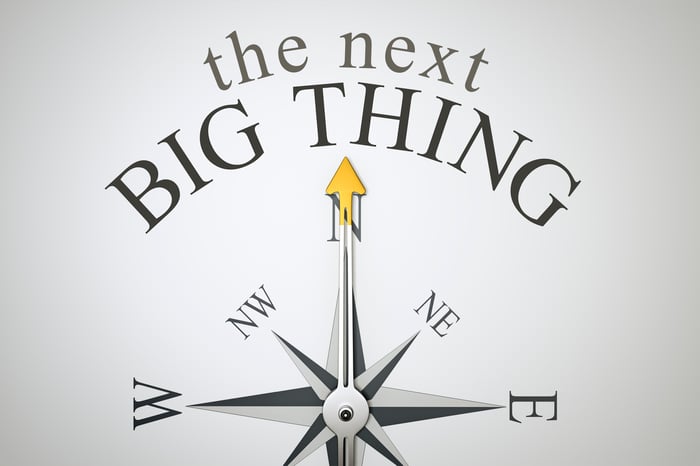 ConocoPhillips, unlike many of its E&P competitors, has a diverse portfolio of global assets, with less than 30% of Q3 2019 production coming from the company's "Lower 48 Big 3 unconventionals," the large shale plays of the Eagle Ford, Bakken, and Permian Basin that together make up over 80% of U.S. onshore oil production.

ConocoPhillips' relatively low U.S. shale exposure compared to its competitors is the result of a patient yet deliberate growth strategy focused on lowering the average break-even oil price across its portfolio. ConocoPhillips has abstained from overpaying for Permian assets, basically the exact opposite of E&P giant Occidental Petroleum's approach of accumulating debt to acquire companies nearly its own size.

That being said, ConocoPhillips recognizes the value in onshore shale, and as such, unleashed nearly 50%of 2018 capital expenditures into growing its Lower 48 segment, mostly value hunting in the Bakken and Eagle Ford. Although the company has been making some bids for Permian assets, the region is the smallest producer of the company's Big 3.

Three years ago, SQM saw what it believed to be the next big thing and pounced. That prospective opportunity was lithium and it all started in 2016 when the commodity emerged to dominate the Chilean company's portfolio. Chile is the second-largest producer and No.1 holder of lithium reserves, so the shift to lithium was only natural for SQM. Lithium and derivatives now make up 46% of SQM's gross profit as of the 12 months ending June 30, 2019.

Lithium is well-positioned to ride the tailwinds of several emerging trends, most notably the need for rechargeable batteries in electric vehicles (EVs). SQM anticipates the average compound annual growth rate (CAGR) of lithium demand between 2019 and 2024 to be 16% to 20%. It's a big estimate that's heavily reliant on EV battery (roughly 25% CAGR) and conventional battery (roughly 10% CAGR) growth. For other lithium use cases, SQM expects just roughly 4% and roughly 5% CAGR from its technical grade and derivative lithium products, respectively.

Even if lithium demand continues as SQM hopes, the market has become saturated with many suppliers, causing the company's transition to lithium to be a double-edged sword. For example, SQM's lithium segment suffered a more than 15% decline in revenue in the first half of 2019 compared to the same period in 2018.  That decline was largely the result of a growing number of lithium suppliers, coupled with China's decision to decrease subsidies for its growing electric vehicle market.

In response to this market instability, SQM and competitor Albemarle have announced a temporary hold on expansion plans. Investors will likely gain more clarity on how much this hold affects lithium demand estimates in the company's upcoming earnings report on Nov. 20.  In sum, the increasingly competitive lithium supply market has its share of complications and risks despite the overall tailwinds of the commodity itself.

ConocoPhillips already has a mature business portfolio and industry-leading cash flow  that it can use to strategically invest in the "Big 3." Both companies offer attractive reasons for investment, but there's less uncertainty with ConocoPhillips. SQM has some serious upside if lithium demand really takes off, but it's best to wait for the story to develop before jumping in.