Please ensure Javascript is enabled for purposes of website accessibility
Free Article Join Over 1 Million Premium Members And Get More In-Depth Stock Guidance and Research
By James Brumley - Nov 13, 2019 at 11:41AM

The weight-loss brand will struggle to compete with accessible, affordable, and even free alternatives.

There was a time when the brand name Weight Watchers ruled the weight-loss industry's landscape. The company, now going by WW International ( WW 1.76% ), brought real solutions to real people looking to drop a few pounds, and it was regarded as the go-to solution.

It's just possible, however, that no amount of rebranding or revamping will ever be enough to restore its former glory. In fact, despite recently raised full-year profit guidance, the weight-loss organization as we know it may never actually thrive again.

Another rough quarter, with more anticipated

While one quarter doesn't always tell the full story, last quarter's lackluster results from Weight Watchers could persist. The top-line dip of nearly 5% is in line with analyst expectations for revenue declines for the next four quarters. Further, the earnings trend isn't any more compelling. Indeed, it's downright alarming simply because the retreat follows the launch of a whole new weight-loss paradigm, called Freestyle, and a subsequent shift toward general wellness as opposed to mere dieting. It just hasn't been enough. 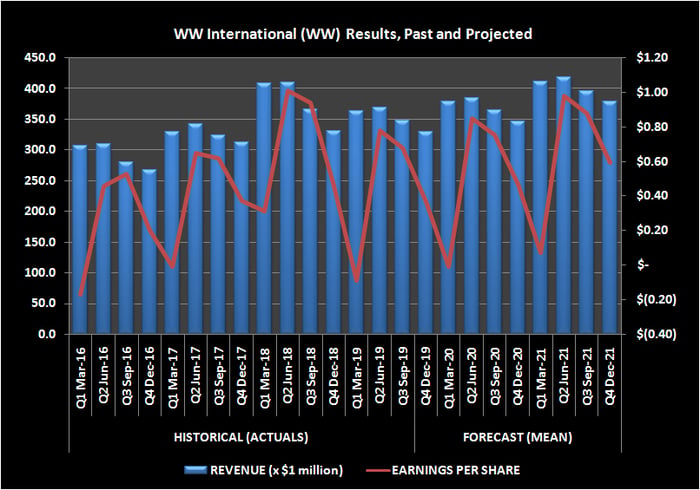 Analysts do expect Weight Watchers to turn the corner sometime in 2020, when its WW moniker and newest wellness shtick have had a chance to fully take root. Betting that analysts are right about what's to come is an awfully big bet for investors, however, for one big reason: The internet now offers a choice of (largely free) digital tools to dieters.

It's admittedly cliched to blame the upending of yet another industry on the advent of the World Wide Web. That doesn't make the blame undeserved, though, and it would be naive to ignore the fact that competing with Weight Watchers has become all too easy.

But it might not be as much of a competitive advantage as Grossman hopes it is.

The world's most popular digital gathering spot is of course Facebook ( FB -3.37% ), which boasts more than two billion regular users. While the design of the social networking site is inherently group-building, Facebook facilitates the creation of self-defined groups with their own Facebook pages.

Of course, plenty of these groups are weight-loss focused. Further, many of them consist of several thousand members and most are free to join. These groups offer some things WW's virtual coaching groups may not be able to ever offer, too.

"The greatest advantage of a digital accountability group is that it's always available," explains Christel Oerum, a certified personal trainer and diabetes coach who established the Fit with Diabetes challenge via Facebook. She adds, "You can post a question or ask for support and have a reply in seconds. There's always someone online you can talk to."

Sometimes members of a digital group will even meet face to face. 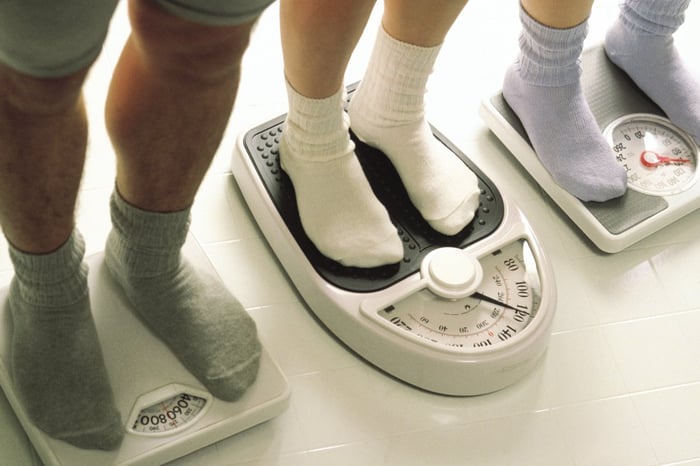 It's not just online groups that pose a threat to Weight Watchers, however. The internet is an infinite repository of information and ideas. Its users are quick to embrace and then discard fads, ready to move on to the next thing. When keto was all the rage just a few months ago, as an example, an assessment from CNN claimed "Weight Watchers is getting crushed by keto."

The keto craze has come and gone, but the vehicle that gave it life is still alive and kicking. Yes, that's the internet...an internet that can move much faster than WW's strategists can.

The web doesn't even have to be a platform for an organized or casual movement to work against Weight Watchers, though. If nothing else, the internet lets consumers find pricing information regarding alternatives to Weight Watchers' prepackaged food offerings, like Lean Cuisine or Smart Ones. That democratization of pricing data forces weight-loss food packagers and grocers into a price war they'd probably prefer not to fight.

In the meantime, dozens of free weight-loss apps can be downloaded from app stores like Google Play and Apple's App Store.

The value proposition has been irreversibly damaged

Don't misread the message. Weight Watchers is still a premier name, and consumers will adjust to the shorter WW label. The web and its apps aren't an outright existential threat.

In the same way that Xerox, Kodak, and Blockbuster were all disrupted by new technologies, though, Weight Watchers will increasingly struggle to demonstrate its relative value to consumers who now enjoy cheaper -- and even free -- options.