Access to banking is a problem for the marijuana industry because many banks don't want to do business with cannabis companies due to fear of getting into trouble with regulators. That's why the SAFE Banking Act is seen as a critical piece of legislation for the industry, as it will remove those risks and allow banks to avoid running into problems, even though that doesn't appear to be a big issue today.

But that doesn't mean banks aren't offering services to marijuana companies. In fact, 553 banks and 162 credit unions do business with cannabis companies, according to data from the Financial Crimes Enforcement Network (FinCEN).

The number of financial institutions offering services to pot companies has been increasing over the years, with some even having cannabis customers back in 2014. In just the past couple of years, hundreds more banks are providing services in what could be a sign that there are fewer concerns surrounding the level of risk in the industry. With the progression of the SAFE Banking Act and many presidential candidates favoring marijuana legalization, it's evident that attitudes have been changing. 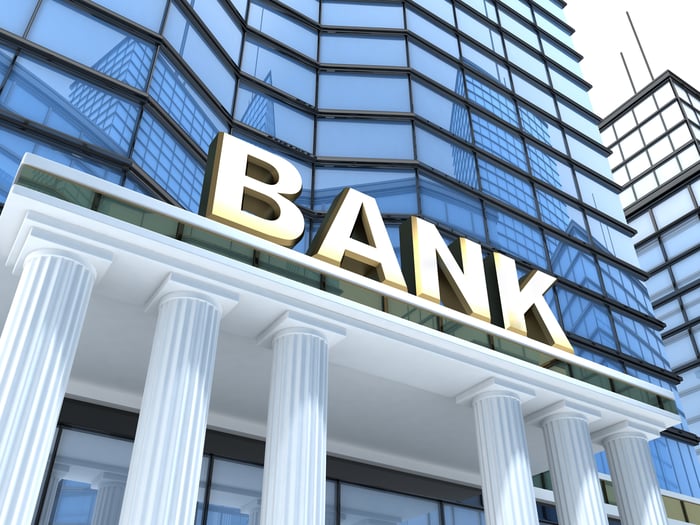 One state in which cannabis companies have been able to obtain banking services is Connecticut, where smaller banks have filled the gap, allowing pot producers to open accounts and write checks. However, the transactions are also reviewed closely to ensure compliance, and some services, like taking out loans, might not be available.

For companies to be able to access all the big banks and be able to benefit from all types of banking services, the SAFE Banking Act is still a necessary piece of legislature, especially since some banks will be more comfortable taking on the risk than others. However, given the number of financial institutions willing to do business with the industry, there are clearly suppliers out there that can fill the most basic needs for cannabis companies. It just might not be easy to find them.

The good news for the cannabis industry is that there are alternatives beyond banking that can help companies when it comes to holding cash. Columbia Care (OTC:CCHWF), for instance, launched its own credit card program earlier this year. While the card is limited to Columbia Care's own dispensaries, it's an example of how companies can creatively find ways to avoid dealing with cash every time a transaction is made. Payments are made on the card using online service KliknPay.

In Nevada, there's another creative solution for the industry. The state will use tokens to help transfer cash, and the service is expected to be ready by July.

The growing acceptance of cannabis producers in the banking industry is definitely welcome news for multistate operators like Curaleaf Holdings (OTC:CURLF) that could come across challenges as they expand into new and perhaps less accommodating states. If companies are able to open bank accounts, they'll be exposed to fewer risks by not having to hold cash, meaning fewer resources will need to be set aside for safeguarding the company's most liquid assets. And even if banking services aren't available in a given area today, it appears inevitable that they will be sooner or later, especially for a big company like Curaleaf. Generating more than $137 million in sales over the past four quarters, it's one of the larger and more reputable cannabis companies a bank can do business with.

Whether or not the SAFE Banking Act ends up becoming law, the outlook for marijuana companies certainly looks a lot stronger today with respect to being able to access financial services than it did even a year ago. But before buying cannabis stocks, investors need to decide if they feel comfortable with the risks in the sector.