Sprint (NYSE:S) has been in a tough position in the wireless communications market for over a decade. It isn't nearly as big as giants like Verizon Communications (NYSE:VZ) and AT&T (NYSE:T), and with a smaller network, it's had to offer lower prices than larger rivals to stay competitive. It's also now moving forward with a merger with T-Mobile (NASDAQ:TMUS), which federal regulators have approved but may still get held up in court, so it has a bit of an uncertain future.

Whether the Sprint-T-Mobile merger happens or not, I think there's still an easy answer to whether Verizon or Sprint is a top stock for investors today. 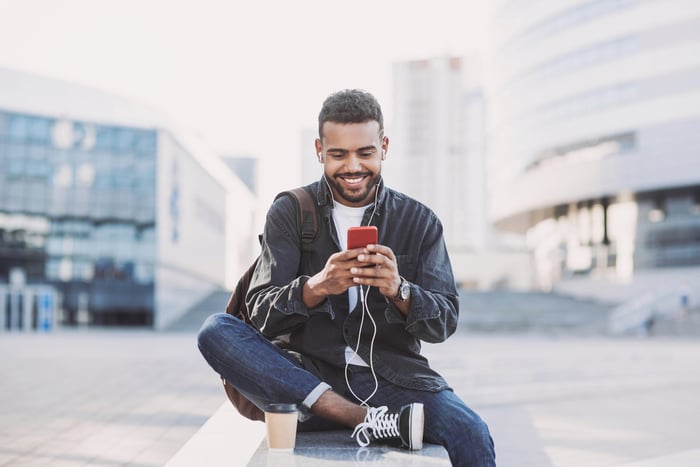 Below, you can see that Verizon has more than three times the total assets of Sprint, and even if a merger with T-Mobile happened Verizon would remain a bigger company. This isn't a perfect measure of scale, but it's a good proxy for how big the company's network is, and how attractive that network is to consumers. 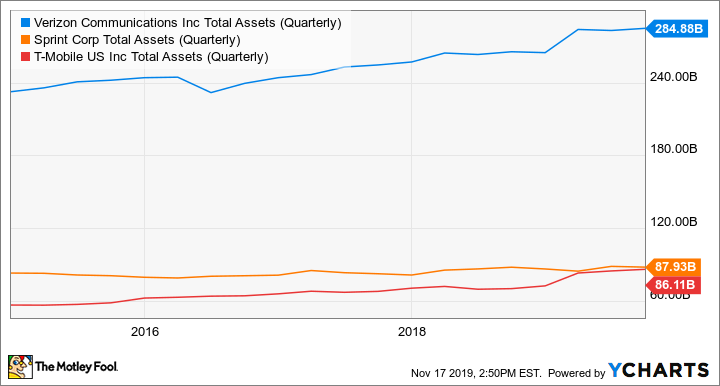 The scale advantage Verizon has drives everything else about the business going forward, so it's really the key to the two companies' future. And it's not really replicable for a company as small as Sprint.

It takes money to make money

Below is a chart showing net income and return on assets for Verizon and Sprint over the last five years. You can see that Verizon is not only more profitable, but also makes more money on each dollar invested. This ties into the scale chart above, because it literally takes money to make money in wireless communications. 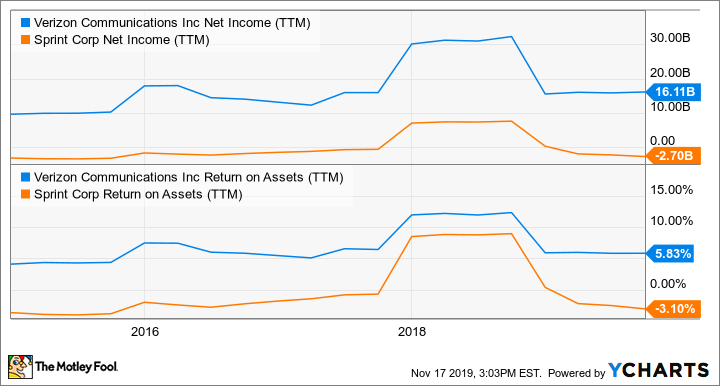 The short reason why Verizon can generate more income than Sprint is that it has a larger and better network, which attracts more customers and allows it to charge higher prices. This trend won't change if the Sprint-T-Mobile merger goes through. In fact, with fewer competitors, Verizon may be able to raise prices and increase margins further if the deal happens as planned.

Sprint is already behind in 5G

The next generation of wireless technology is called 5G and it'll increase speeds to faster than many broadband connections. And it's another problem for Sprint: Verizon's network is already being built out, and may already be years ahead of Sprint's, which won't be able to match Verizon's scale here either.

5G will allow wireless providers to not only improve phone communications, but also enter new markets like in-home broadband, connected cities, and virtual reality. If Verizon builds a large, reliable network before Sprint does, it'll have a big advantage getting customers into long-term contracts and capitalizing on the 5G trend.

Verizon is the top pick today

There's a possibility that Sprint's deal with T-Mobile goes through and the two companies recover, but the better bet today is Verizon. The company has the scale needed in wireless communications, and is two steps ahead in building an industry-leading 5G network. That'll keep it on the right track for a decade or more.