The tech stock has been a market darling for a while, rising 59% so far this year. Will the growth keep on coming for the chipmaker or is a plateau on the horizon?

NVIDIA's shares have been tumultuous

In September 2018, the stock price was $281, but uninspiring earnings guidance and concerns about trade relations between the U.S. and China caused it to drop to $133 in the following months. Early 2019 was kind to the stock. It climbed back to $190, but it once more fell 30% through Q2 with abysmal year-over-year results illustrating overall weakness in demand for the company's products. Since June, shares have rebounded, climbing to $210.

NVIDIA's product base gives the company access to numerous end markets that can help it sustain demand growth for the next several years. Growth in data centers and 5G, the Internet of Things (IoT), the proliferation of artificial intelligence and gaming, autonomous vehicles, and cryptocurrency mining all help support revenue growth for the company, which is a tech leader in its focus markets. These trends are unlikely to be completely disrupted in the foreseeable future, so there are certainly reasons to be bullish about NVIDIA's prospects. 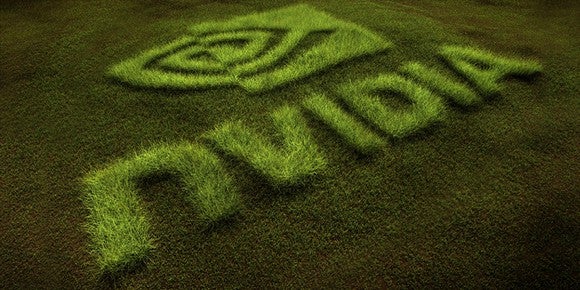 NVIDIA is expensive by almost any valuation metric. The company's EV/EBITDA ratio of 45.7 is nearly double the semiconductor industry average of 23.5, and its price to free cash flow, at 35.9, is similarly well above the industry average 22.4. This priciness is partially attributable to a strong growth outlook for NVIDIA. But the company's 2.35 PEG ratio is still rich when adjusting for growth relative to Broadcom at 0.79, Intel at 1.78, Texas Instruments at 2.35, Qualcomm at 0.55, Applied Materials at 1.68, and AMD (NASDAQ:AMD) at 1.00. NVIDIA's 0.3% dividend yield is also among the lowest in the group, which ranges from 1.3% to 3.41%.

Exceptional operating performance and financial health are logical explanations for the premium. The company's return on assets (ROA) is among the best of its peers at 16.4%, as is its return on invested capital (ROIC) at 18.2%. These numbers indicate that NVIDIA is using its resources to generate profits efficiently.

Additionally, the company's debt-to-equity ratio is a mere 0.23, with only $2.5 billion in debt on the balance sheet. NVIDIA's leverage and liquidity ratios indicate a lower-than-average risk of bankruptcy or insolvency if the company were to experience fundamental deterioration.

How should investors weigh these risks?

Expensive stock valuations assume strong fundamental performance in upcoming years, and any deviation from this performance can cause a sharp decline in share prices. NVIDIA's volatile year illustrates this point plainly. Semiconductor companies can experience rapid, short-term deterioration of demand due to their place in the supply chain because they rely on other businesses to manage inventory and maintain capital expenditures.

The short replacement and upgrade cycle of computer components also forces semiconductor companies to defend their position in the market consistently. A new generation of competitive tech companies can always swoop in to take market share in the next wave of chips, which complicates forecasting longer-term results for semiconductor companies. AMD is a recent example of a once-prominent chip maker that had been left for dead by many before its resurgent performance in recent years.

Ultimately, a long position on NVIDIA is a bet that the company will continue to be a market leader in products with strong macroeconomic growth drivers. Exposure to those fundamentals comes at a hefty price, but continued strong performance would justify that aggressive valuation. Any hiccups along the way would offer more attractive entry points for this volatile stock, and any major changes in the competitive landscape would create serious downside risk.