Rockwell Automation's (NYSE:ROK) excellent fiscal fourth-quarter earnings report caught investors by surprise, and the stock shot more than 10% higher on the day it was released. Given that Rockwell is one of the most cyclical stocks on the market, there's obviously a lot of "read across" to other stocks and sectors. Let's take a look at why the results were so good, and what those things mean to other companies in its sector.

Back in July during the fiscal third-quarter earnings presentation, management had predicted adjusted EPS in the range of $8.50 to $8.70 for the fiscal year that ended Sept. 30, so investors were naturally pleased to see the number come in at $8.67, toward the top of that range. However, the real standout number from the quarter was the 1.4% increase in organic sales -- management had previously predicted a decline of between 3% and 3.5%. 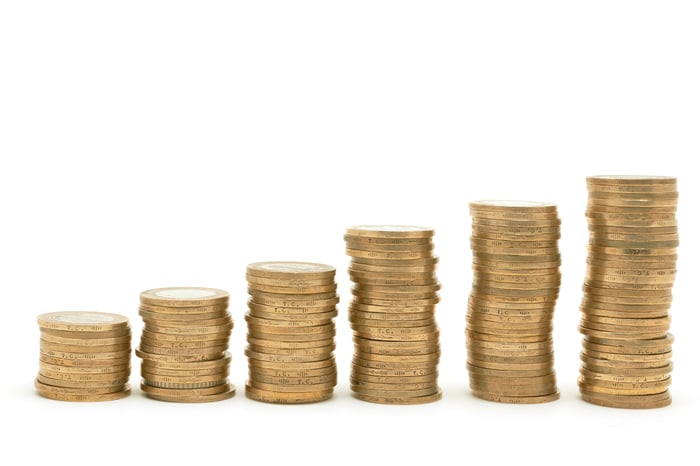 Clearly, the quarter came out a lot better than management expected it would, and these better conditions appear to be prevailing industrywide: Larger companies in the factory automation sector such as Siemens (OTC:SIEGY) and ABB (NYSE:ABB) also reported stronger than expected quarters recently. Meanwhile, in process automation, the heavyweight players like Siemens and Honeywell International (NASDAQ:HON) also reported surprisingly good quarters -- and particularly noteworthy was Honeywell's 7% organic sales growth in process solutions.

In light of its fiscal Q4 earnings surprise, management's guidance could be seen as somewhat puzzling. After a quarter of 1.4% organic sales growth -- which followed a couple of weaker-than-expected quarters -- it would be reasonable to expect the next guidance range to be somewhat stronger than what management offered: It sees organic sales for fiscal 2020 landing in a range of 1.5% higher to 1.5% lower.

In addition, as you can see below the company's architecture and software sales -- which are more exposed to short-cycle industries -- were notably stronger in the quarter. This is a good sign because that business unit tends to lead control products and solutions in the cycle. 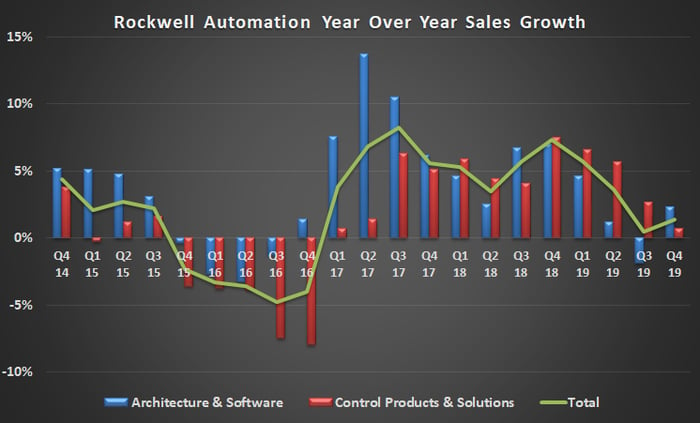 All told, Rockwell's guidance looks like it has some conservatism baked into it, particularly as two of its weakest end markets in fiscal 2019, automotive and semiconductor -- both of which fell more than 10% -- appear to be stabilizing. Management expects automotive sales to be flat in 2020 with strength in electric vehicles, while semiconductor sales are forecast to decline by a mid-single-digit percentage. Meanwhile, sales in its two largest end markets (food and beverage with 20% of sales, and oil and gas with 10%) are expected to rise by low-single-digit percentages in 2020.

In other words, the company's most-cyclical end markets are turning, and its largest markets are set to do well. Combine these points with the fact that organic growth came in at 1.4% and architecture and software sales growth bounced in fiscal Q4; investors have reason for some cautious optimism about fiscal 2020.

What it means for other companies in the sector

Rockwell's results (but maybe not so much its guidance) suggest that the severe weakness in the summer may have led some companies to a more pessimistic view of the near term than was warranted in the previous quarter. At this point, it looks like 2020 could be a year of low growth in industrial automation -- and that the second half could be better than the first. In other words, it's not looking like we're headed into a recession.

That's good news for stocks like Honeywell and Siemens, and it might well make ABB's restructuring efforts a bit easier. Siemens is the market leader in both process and factory automation,and given its high and sustainable dividend yield, the stock remains attractive for income-seeking investors at its current valuation.

Another two industrial companies that could be positioned to benefit from a relatively brighter outlook are machine-vision specialist Cognex (NASDAQ:CGNX) and vehicle-technology giant BorgWarner (NYSE:BWA). Automotive is one of Cognex's key end markets, notably in the U.S., and any stabilization would surely help its machine-vision sales.

Similarly, if automotive capital spending stabilizes in 2020, then BorgWarner looks well placed to benefit. The company has consistently demonstrated an ability to outgrow its end markets, and has been actively investing in the kind of electric vehicle technologies that automakers are shifting toward.

Many investors may shy away from Cognex on valuation grounds, but Siemens and BorgWarner look good values in this environment. 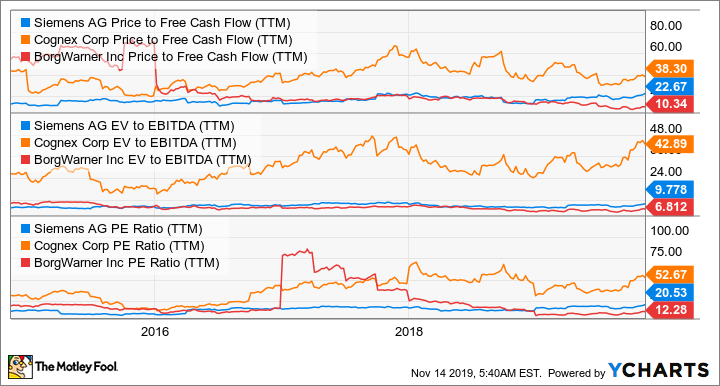 All told, Rockwell's earnings are a sign that 2020 could be a year of stabilization and then growth in the second half for the industrial automation markets. That could encourage markets to start pricing in growth in 2021, which would be good news for shareholders of Siemens, Cognex, and BorgWarner.