Five Below (NASDAQ:FIVE) operates a chain of 900 stores that sells a wide variety of items for less than $10, the vast majority of which cost $5 or less. The company appeals to numerous demographics, but it has a special focus on adolescent consumers. The store serves a market niche between dollar stores, such as Dollar General and Dollar Tree, and large discount retailers such as Walmart and Target.

Five Below is not known as a volatile stock, with a low, 0.53 five-year beta. While the company's 23% average sales growth rate is substantially higher than its more mature competitors, there is limited volatility in the company's fundamental performance. Its gross, operating, and net margins have all been fairly stable, falling within a 150 basis point range over the past five years. The store's offerings and target market make its performance relatively insulated from economic cycles and the encroachment of e-commerce. Five Below sells low-ticket, consumer-staple goods that shoppers are generally seeking for immediate use. It makes sense that these characteristics would be associated with limited volatility. 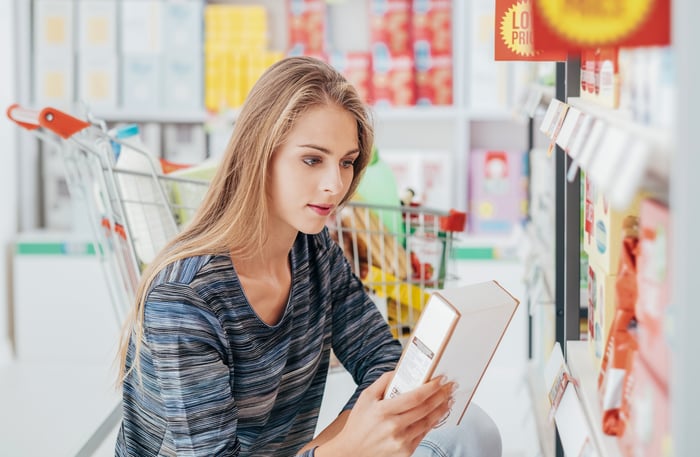 Five Below shares have radically departed from its stable nature at numerous points over the past two years. Shares jumped from $71 to $101 following a strong earnings report in June 2018. Investors were encouraged by 3.2% same-store sales growth and aggressive new store opening, as management reiterated its goal to increase to 2,500 stores across the United States. Its quarterly earnings also exceeded analyst estimates by 22%.

Since that initial pop in 2018, the stock climbed above $130, then dropped all the way back to $90, surged to an all-time high of $146 in April 2019, and has since settled in the $110 to $130 range. The stock's largest drops have coincided with tougher overall market conditions, but its swings have been much higher in magnitude than the market in general.

Valuation is a clear source of volatility

Five Below's two-year charge has led to aggressive stock valuations. Shares trade with a 31.7 price-to-forward earnings ratio, which is far more than Target, Walmart, Big Lots, Dollar General, and Dollar Tree. Though its 1.55 PEG ratio indicates that the earnings valuation is more reasonable when adjusting for growth expectations. The stock trades at a similar premium based on its EV/EBITDA and price-to-sales, which are 30.7 and 3.8, respectively. Five Below reported negative free cash flow due to its aggressive store count expansion, so its competitors are more appropriate for investors conducting valuation based on cash flows in the near term.

These figures are by no means outrageous, but richly valued stocks tend to be the most prone to downside volatility when investors are surprised by negative developments. Justification for Five Below's valuation relies upon sustained rapid growth, and any hint that things are slowing down is likely to cause shares to drop rapidly.

To keep up with the assumed growth performance, Five Below must continue expanding store count, so delays to new openings would be a drag on share prices. Investors will also closely track same-store sales, which are largely dependent on consumer spending. Any macroeconomic news that indicates dwindling consumer confidence or sluggish retail performance is likely to weigh on the discount store chain.

The current outlook for consumer spending is generally positive amid overall strong economic indicators, but most economists are calling for moderation as the economy reaches full employment and fears of impending cyclical downturn loom. Five Below has performed excellently, delivered strong returns, and maintained a clean balance sheet during the recent bull economy, but it remains to be seen how well the company will navigate a recession at its current scale.

Five Below's volatility in 2020 will depend on consumer confidence, margin stability, and sustained growth. If the economy remains stable, it is still likely that this stock will be more volatile than its discount store peers due to its valuation. There is plenty of upside opportunity in this story, but investors should not be shocked if there are bumps along the way.