Shares of Intelsat (OTC:INTE.Q), one of three large satellite communications companies hoping to profit from an auction of C-band wireless spectrum licensed to them but owned by the United States, soared in Wednesday trading, closing the day up 8.9%.

There was no actual news today to explain the rally, only a comment by Bloomberg analysts that, in the absence of Congressional action, the Federal Communications Commission is likely to proceed with running a public auction of the spectrum. 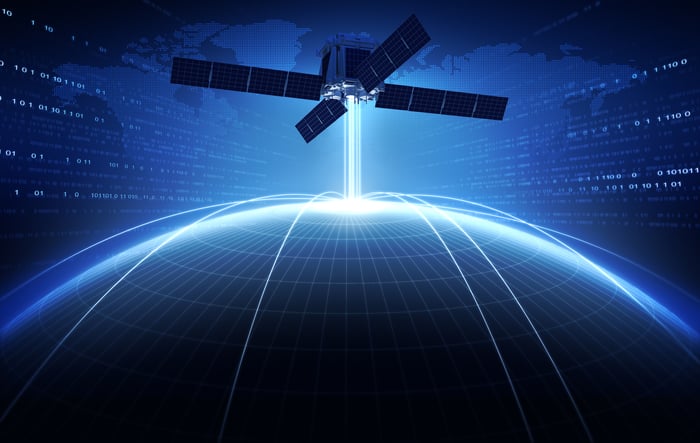 Last month, the FCC routed Intelsat stock when it supported holding a public auction to license use of the spectrum by 5G internet providers. Intelsat and its fellow C-Band Alliance members had proposed a private auction. In contrast to the relatively quick private sale that Intelsat had anticipated, a public auction is expected to be more drawn-out.

Bloomberg, in a related story two days ago, said that as currently envisioned, the FCC will propose a procedure for holding the auction no sooner than Jan. 30, 2020, followed by "a monthslong rulemaking process to answer procedural questions." And only after that would the auction be held.

Arguably worse, it's still not certain how much of any eventual auction proceeds will go to Intelsat, and how much would be retained by the government.

Despite all this news, Intelsat's share price still rose in Wednesday trading because investors aren't taking it at face value. As Bloomberg reported on Monday, analysts at New Street Research, for example, are telling investors "the spectrum is going to go for a much higher price than folks realize," and that "in a public auction process, the majority of the proceeds [will not] go to the government," but to Intelsat and its peers.

Bolstering this argument, PlusTick Management commented that the technical work needed to switch over spectrum currently used for TV broadcasting, to free it up for 5G internet (while simultaneously leaving TV broadcasting capability intact), "is an enormously complex undertaking" that will be impossible to implement without the satellite companies' cooperation. And this will give them leverage in the negotiations to demand a large share of the auction proceeds.

Based on today's share price increase, it appears that investors are buying this theory.