On June 14, Chewy (NYSE:CHWY) had its initial public offering (IPO) and sold stock to the public at $22 per share. The terms of an IPO often include language that restricts company insiders from selling any of their shares until a certain period has elapsed; this is known as the lockup period. In Chewy's case, insiders were prevented from selling until 180 days after the date of the IPO prospectus.

Chewy is an unusual case because these locked-up shares represented the vast majority of Chewy's share count -- only 13% of the company's shares were sold to the public. Owners of the other 87% of the company, represented by the Class B shares, would become free to sell their shares without restriction on or around Dec. 9 -- 180 days after the prospectus date of June 12.

Fear over the lockup expiration

Chewy's stock traded up sharply on its first day, closing the day at $34.99, up an impressive 59% from the $22 IPO price. But it's been a "dog" of a stock since then, having traded down since then to as low as $22.13 on Nov. 18. This was despite the company reporting generally strong first-quarter and second-quarter results in July and September. While Chewy's net sales guidance for the year did seem somewhat modest, a big reason for the stock's weakness seems to have been fear around the looming expiration of the IPO lockup. In early December, 87% of shares would become unrestricted and would be available for insiders to sell on the open market -- if those insiders chose to do so, of course. 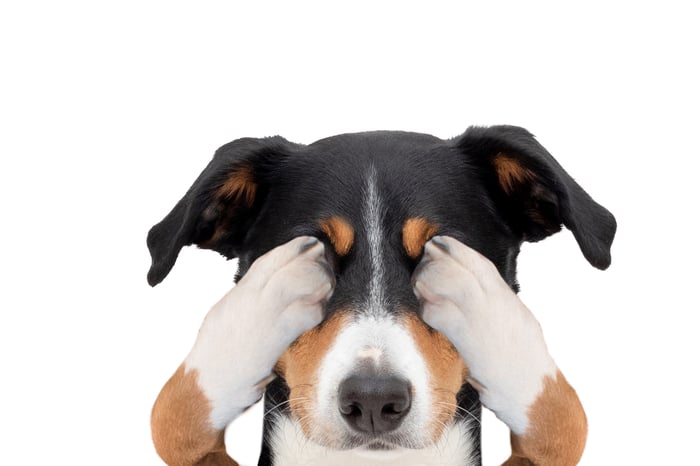 In many cases, the expiration of an IPO lockup does result in insider selling. But Chewy is a unique case here as well: Eleven different insiders actually bought shares in the IPO at $22 per share. These insiders actively invested between $22,000 and $1.98 million of their own money, depending on the individual, at that price. Additionally, two insiders purchased shares in September at $27.50 -- a $96,000 investment -- and in October at $23.94 -- a $994,000 investment.

In the 11 weeks leading up to Dec. 9, Chewy traded in a range between $22.13 and $27.50 per share -- all prices at or below the highest recent insider purchase. So it would have been fairly surprising to see a wave of insider selling at around the prices of those purchases.

Sure enough, the IPO lockup expiration occurred last week, and so far, there's been no wave of insider selling; in fact, there's been no significant insider selling to speak of. The company also reported a strong third quarter with 40% net sales growth, increasing profit margin, and expectations for an increase in full-year net sales. Between the continued strong results and the lockup expiration occurring without incident, investors appear to have gotten more comfortable buying the stock. Since the November low, Chewy has traded up 26%, to almost $28 per share.

Many people prefer not to invest ahead of the selling pressure that can come with the expiration of an IPO lockup. But heavy selling was always unlikely, given the insider buying. And more importantly, any selling would have been temporary. Investors do better when they focus on a company's business results over the long term, rather than on short-term fears like this.