Money can be a very useful thing to have lying around.

Lockheed Martin (NYSE:LMT) has it. Vector Launch didn't. And as a result, in a recent David-versus-Goliath contest of space upstart versus space incumbent, Goliath won.

Death of a space star

For more than three years now, we've been following the saga of Vector, a tiny space start-up based out of Tucson, Arizona, which was developing a family of small rockets designed to put small satellites in orbit -- at a fraction of the price being charged by space incumbents like Lockheed. (Lockheed Martin, in partnership with Boeing, is one half of America's biggest space companies, United Launch Alliance. It's also, incidentally, a financial backer of Vector's small-rocket rival Rocket Lab.) 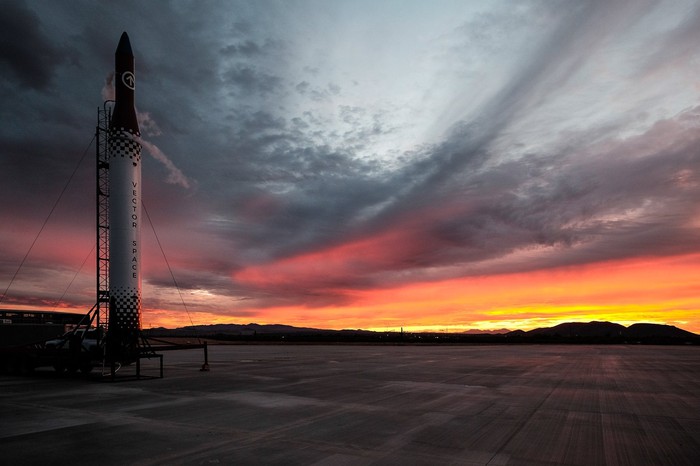 After years of testing, Vector looked ready to enter the big leagues of space firms earlier this year. Vector had just won a DARPA Launch Challenge contract from the Department of Defense that promised to pay it as much as $10 million to demonstrate the ability to launch small satellites for the military on short notice. All of a sudden, Vector was just months away from securing a steady revenue stream from the military, which might have eliminated its need to raise funds from private equity and paved a path to financial sustainability.

That plan fell apart, though, just days after the DARPA contract's announcement, when one of the company's financial backers, Sequoia Capital, abruptly withdrew its funds. Refusing to contribute further monies to Vector, Sequoia sparked a financial crisis at the company that led to the ouster of its CEO and, ultimately, to a Chapter 11 bankruptcy filing in Delaware late last week.

Now Vector is dead -- and Lockheed Martin is back in the picture, ready to pick at the bones.

As SpaceNews.com reported last week, Lockheed is participating in Vector's bankruptcy proceeding as a "debtor in possession," having lent Vector somewhere between $500,000 and $2.5 million in order to hold a place in line and boost its bid to acquire certain Vector assets.

Curiously, Lockheed doesn't seem interested in Vector's rockets, though. (Or perhaps not so curiously. Lockheed probably has access to all the small rockets it might ever need through its investment in Rocket Lab.) Instead, Lockheed is buying up intellectual property from a side project of Vector's, dubbed GalacticSky, first announced in 2016, which aimed to use software to network satellites in orbit, merging their individual capabilities to create a sort of "virtual satellite" able to do more than the sum of its parts.

Vector's idea predated a similar technology that Lockheed announced in March of this year (SmartSat), sparking a legal dispute between the two companies. With Vector's demise, Lockheed should now be free to explore its own idea without risk of further legal challenge. But just to be safe, it looks like Lockheed plans to lock down the IP on this tech by buying Vector's patents out of bankruptcy.

The Wall Street Journal reports that Lockheed has placed a bid to acquire Vector's GalacticSky IP for $4.25 million -- a pittance relative to the nearly $100 million in venture financing Vector had absorbed during its lifetime.

It remains to be seen whether anyone else will bid for Vector's remaining assets -- specifically its small orbital rocket technology or the mobile launchers Vector had designed to permit their launching from essentially any flat surface on the globe. Regardless, Vector's dream of affordable access to space through launching small satellites on small rockets at a cost measured in millions -- not hundreds of millions -- of dollars, lives on...in the form of Rocket Lab.