"We really want to make sure the next generation has space for us," Facebook's VP of augmented and virtual reality, Andrew Bosworth, told The Information. "We don't think we can trust the marketplace or competitors to ensure that's the case. And so we're gonna do it ourselves."

It's certainly possible to build successful hardware based on Android (see Amazon's (NASDAQ:AMZN) Fire TV and tablets). But Facebook stands in more direct competition with Google and may be better served by developing its own software. 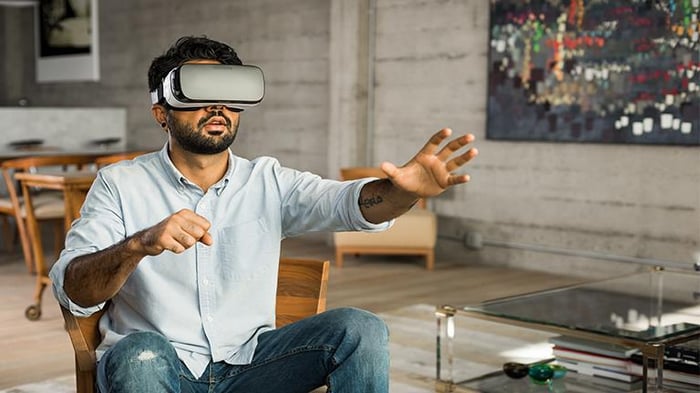 Facebook has a few hardware projects in its portfolio.

Its Oculus team has three products available to consumers: Rift, Quest, and Go. So far, Oculus's VR headsets have focused primarily on gaming. The company has made a push to move further into the mainstream with television ad campaigns and the entry-level Go system.

Oculus' next step is a pair of augmented reality glasses. Bosworth said AR glasses could be ready by 2023, which is in line with when Apple (NASDAQ:AAPL) expects to release AR glasses of its own.

Meanwhile, Facebook has been expanding its Portal lineup, most recently adding Portal TV, which turns owners' TVs into video-conferencing displays. The original Portal was more successful than management anticipated, but the tech company hasn't provided any sales numbers. It's not clear if Facebook's operating system will also apply to its Portal devices.

While CEO Mark Zuckerberg was focused on virtual reality, Facebook missed out on a potential new computing platform -- the television.

The battle for owning the smart-television operating system has produced two new giants in the space. Amazon's Fire TV OS and Roku's (NASDAQ:ROKU) operating system are the two dominant forces in connected TV. Both have benefited greatly from the rise of connected-TV viewership and advertising.

Facebook missed out on connected TV, and its Portal TV device is a feeble effort to take share of the still-growing market. But the company's greater focus on augmented reality puts it in a position to control the operating system for the next big computing platform.

"I've been saying for a while that augmented and virtual reality is going to be the next major computing platform," Zuckerberg said at the Oculus Connect 6 conference in September. "You know, there's only so much you can do with apps without also shaping and improving the underlying platform."

If Zuckerberg is right, Facebook stands to benefit in a couple ways. First of all, its hardware won't be subject to the whims of any outside forces. If Google, for example, wants to force all Android-based hardware to use certain Google services, Facebook won't have to comply with that.

Moreover, if Facebook's OS can become the Android of augmented reality computing, it puts the company in a position to put its services on more devices. Additionally, it could benefit from collecting advertising revenue or royalties from any device that uses its operating system. That's a model that's worked exceptionally well for Android on mobile devices. Likewise, Roku's built a broad and highly engaged user base (generating lots of ad revenue) by licensing its operating system to smart-TV manufacturers.

Facebook's efforts aren't just about self-preservation against Google or Apple in augmented reality; they're about grabbing control from those giants in what could be a massive market like mobile.