Already one of Apple's (AAPL 4.08%) most bullish Street analysts, Wedbush analyst Daniel Ives put out a research note to investors this week suggesting that Apple's market cap could soon be nearly $1.6 trillion. Ives reiterated his overweight rating, equivalent to a buy, on Apple shares while increasing his price target from $325 to $350.

Based on Apple's 4.4 billion shares outstanding, that price target represents over 20% upside from current levels and would put the company's total valuation at $1.55 trillion. 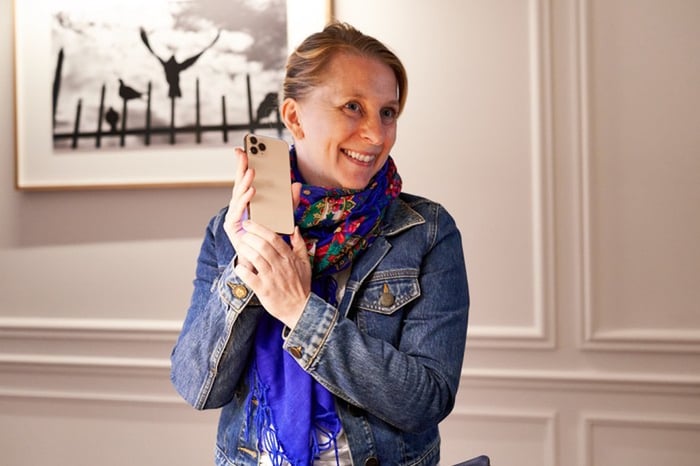 Bullish on the 5G iPhone

Underpinning the analyst's thesis is the belief that 5G iPhones in 2020 will drive a "supercycle" of upgrades. Apple's iPhone installed base is over 900 million, and Ives believes that 350 million of those handsets are "currently in the window of an upgrade opportunity." Of those, Ives believes that around 200 million iPhone owners will choose to upgrade to a 5G iPhone.

Ives also credits Tim Cook with helping Apple navigate President Trump's trade war with China, as well as other challenges related to the Chinese market such as foreign-currency fluctuations that have impacted pricing. Cook helped orchestrate Apple's legal settlement with Qualcomm, although that was likely done out of the need to secure 5G model chip supply. Just three months before announcing the settlement, Cook had downplayed the possibility of reaching an agreement.

"We believe iPhone 11 is just the front end of this current 'supercycle' for Cupertino with a slate of 5G smartphones set to be unveiled in September that will open up the floodgates on iPhone upgrades across the board that the Street continues to underestimate," Ives wrote. "There are at least five iPhone versions that will launch in 2020 with the main event the 5G launch in September that could include a number of versions/models, although those final specs will not be finalized by Apple likely till the April timeframe with the supply chain (and investors) eagerly awaiting this flagship launch."

The five models refer to the iPhone SE 2 that Apple is expected to launch in the spring, followed by four different iPhones in the fall with varying levels of support for 5G frequencies.

Following supply-chain checks, the analyst says suppliers are preparing for a 10% increase in unit volumes for the 2020 models.

In contrast, two other prominent analysts have taken more cautious stances. In October, Goldman Sachs analyst Rod Hall argued that the 5G iPhone would underwhelm since the average consumer may not be able to discern a difference in the latency speeds. Loup Ventures' Gene Munster similarly believes the device could be disappointing compared to heightened expectations, as carriers are still in the midst of deploying the next-generation technology.

Still, 5G undoubtedly has incredible long-term potential: Market researcher IDC estimates that 5G connections will soar from 10 million in 2019 to 1 billion in 2023.