The market for smart audio devices has enjoyed a banner year of growth and innovative product introductions. Many of those products are considered hearables, or ear-worn wearable devices that include various types of advanced technology and functionality. Hearables have emerged as the fastest-growing category within the broader wearables market. 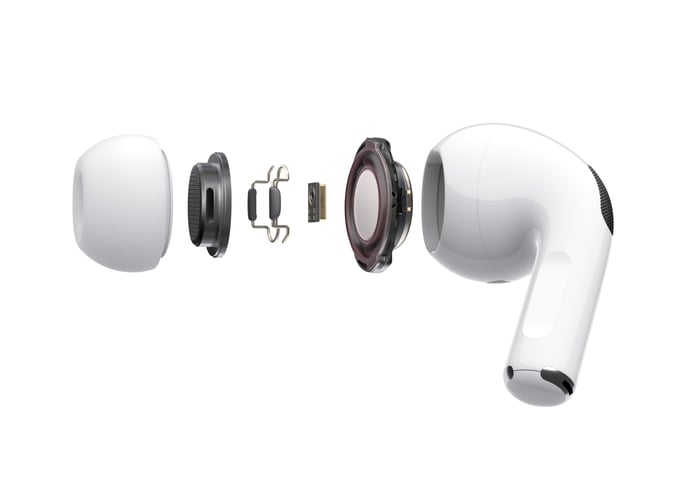 Canalys estimates that smart audio device volumes jumped 53%, to hit 96.7 million in the third quarter. If demand remains strong over the holiday shopping season, the market could ship over 100 million more units in the fourth quarter, bringing full-year 2019 volumes to over 350 million. True wireless stereo (TWS) devices, in particular, are enjoying blistering growth, with units skyrocketing by 183%, to 43 million in the third quarter. 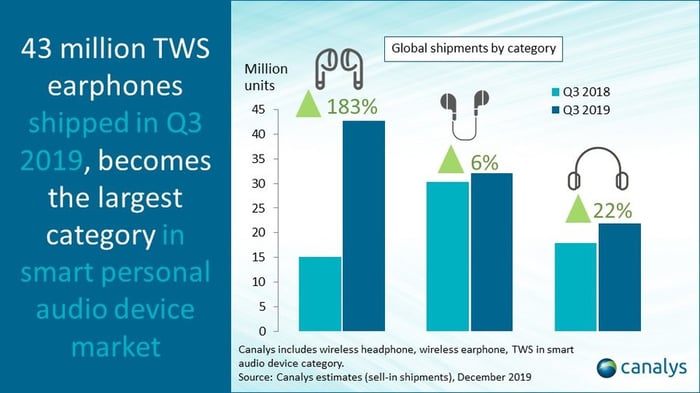 The TWS category is led by Apple's (NASDAQ:AAPL) wildly popular AirPods, which were refreshed in March and followed up with higher-end AirPods Pro in October. Apple's decision to kill the traditional headphone jack in 2016 was met with controversy, but also expectedly catalyzed a broader shift toward wireless earphones as other companies followed suit and consumers adapted.

Hearables and Apple Watch are the foundation for Apple's booming wearables business, which is seeing traiing-12-month (TTM) revenue approach $20 billion. Apple shipped approximately 18.2 million TWS units in the third quarter, according to Canalys. That was enough to grab a dominating 43% of the TWS market. 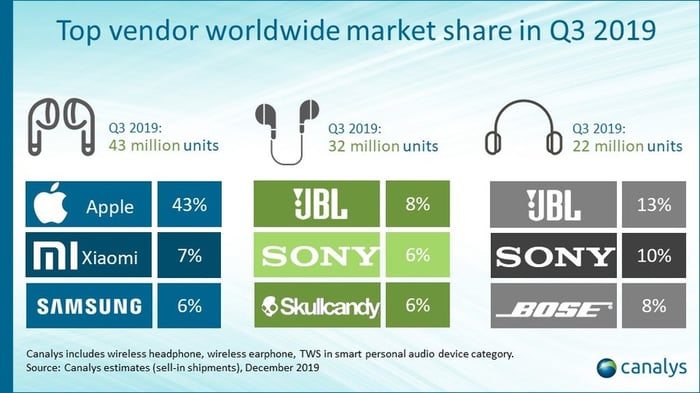 "Apple is in clear leadership position and not only on the chipset technology front," Canalys' Nicole Peng said in a statement. "The seamless integration with iPhone, unique sizing and noise cancelling features providing top of the class user experience, is where other smartphone vendors such as Samsung, Huawei and Xiaomi are aiming their TWS devices."

Canalys analyst Jason Low notes that smartphone manufacturers are aggressively expanding into TWS devices in order to deliver better audio quality and deeper integration for improved user experiences. That would include vendors like Samsung and its Galaxy Buds or Alphabet subsidiary Google, which unveiled Pixel Buds 2 earlier this year that are scheduled to ship in the spring.

Relatively smaller companies that only specialize in audio products like Bose or Sennheiser could face an uphill battle going forward, Low warns, even if they're currently able to defend market share with high-fidelity audio. Seamless integration and added convenience are powerful selling features, and hearables are only going to get smarter over time, with new features designed for additional-use cases like health and fitness, among others.