Shares of Eldorado Gold (NYSE:EGO), a mid-tier miner of gold and base metals, have had quite the ride during the past couple of years. After falling 60% in 2018, the stock rebounded in 2019, soaring 179% -- leaving it around 14% higher than it traded in that first week of January 2018.

For investors who are considering a gold sector investment to start off the new year, the stock's performance in 2019 might suggest that its shares are now too high to represent a viable opportunity. Looks can be deceiving though, and a more thorough examination of the stock is necessary before jumping to any conclusions regarding a potential purchase. 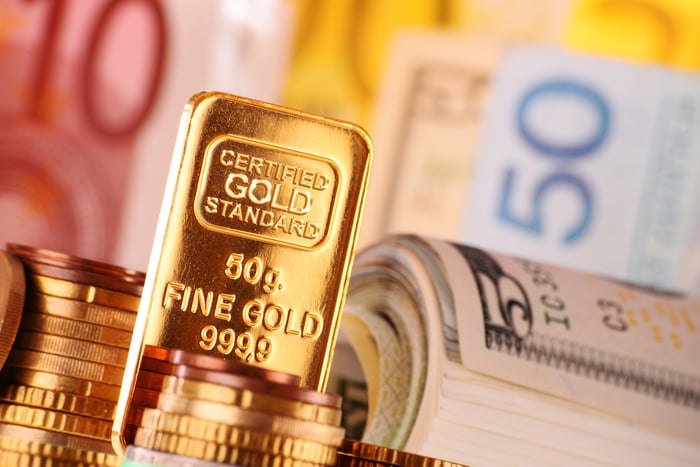 Some see the glittering potential...

Eldorado's success in advancing its Skouries mine project in Northern Greece is a primary factor that has motivated investors to pick up shares recently. Excitement built last summer following a Greek election that yielded a government more enthusiastic about the development of Skouries, a project that was on care and maintenance since 2018. According to a September press release, Eldorado is "working with the Greek government to achieve the necessary conditions required to restart construction at Skouries". Once it receives the permits and begins construction, Eldorado believes it will be another two years before mineral production begins.

The potential of the Skouries mine is considerable. Eldorado estimates it will achieve annual gold production of 140,000 ounces and have staggeringly low all-in sustaining costs (AISC) of $215 per gold ounce over a 23-year productive life. For some context, Eldorado projects that its 2019 consolidated gold production will be about 405,000 ounces, with AISC of $950 per gold ounce.

But Skouries isn't the only item that's exciting the bulls. Eldorado plans to begin a pre-feasibility study for an expansion project at itsLamaque site in Canada in the second half of 2020 -- a project which management believes offers the potential for a 10-year mine life during which annual gold production will be 150,000 ounces.

The stock's price tag, moreover, represents another compelling reason for optimists to consider opening a position. Even after 2019's strong performance, shares are still trading at an attractive 12.2 times operating cash flow -- a bargain compared to its five-year average multiple of 26.5, according to Morningstar. 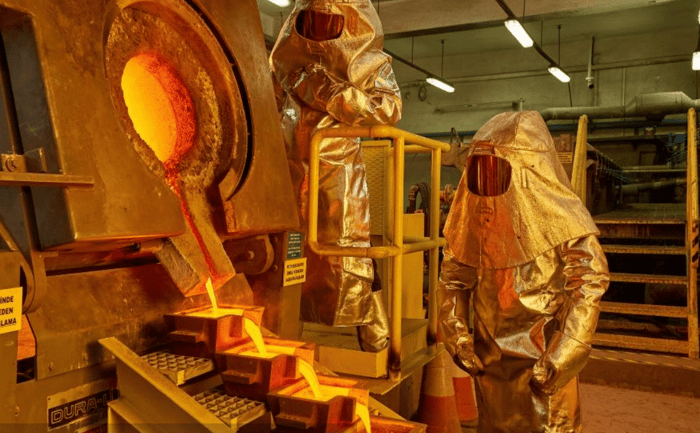 ...While others view it as lackluster

Although Eldorado appears to be making headway as regards its Skouries project, skeptics note that a lot could go still wrong. For one thing, there's no guarantee that Greek officials will continue to cooperate with the company. And even if they do, development of the mine will be no small undertaking; Eldorado estimates its construction will cost about $690 million. For some perspective, management estimates that the company's total capital expenditures (including sustaining, growth, and capitalized exploration budgets) will be about $156 million for 2019.

And it's not only the inherent risks of the Skouries project which have some investors concerned. Those uncertainties rest against a backdrop of expected declining performance from in the company's other operations. Eldorado estimates its gold production will drop about 32% from 535,000 ounces in 2020 to 365,000 ounces in 2021 while forecasting its AISC per gold ounce will rise approximately 12% from about $850 in 2020 to $950 in 2021.

Another reason to eschew Eldorado's stock is the absence of a dividend -- especially when peers like Yamana Gold and Agnico Eagle Mines have raised their payouts substantially over the past few months. And considering Eldorado's future capital requirements to develop Skouries and Lamaque (in addition to other projects), it doesn't seem likely that management will decide to reinstate its dividend in the foreseeable future.

Should investors go for the gold?

Between the momentum building around the development of Skouries and the potential for increased value to be unlocked at Lamaque, it's understandable why shares soared through 2019. And yet, the stock is still trading at a valuation which reflects a fair degree of pessimism regarding Eldorado's prospects. Despite the steep discount, though, I'm still wary of picking up shares; the miner's future looks a little too cloaked in risk for my tastes. Perhaps if there was a decent dividend to collect while waiting for the Skouries saga to unfold further, I'd be more inclined to consider a position, but alas, there is none. At this point, only the most risk-tolerant of investors should weigh a position, especially since the company's peers, like Yamana, offer more compelling opportunities at this point.