Reporting revenue of $174 million, Eldorado Gold (NYSE:EGO), a mid-tier gold and base metals producer with assets located in the Americas, Asia, and Europe, beat analysts' estimate of $163 million. However, the company came up short on the bottom line. Whereas analysts were looking for earnings of $0.04 per share, the company reported adjusted earnings per share (EPS) of negative $0.01.

There's much more to a company's quarterly performance than just two numbers, so let's dig into the report for some of the more interesting nuggets. 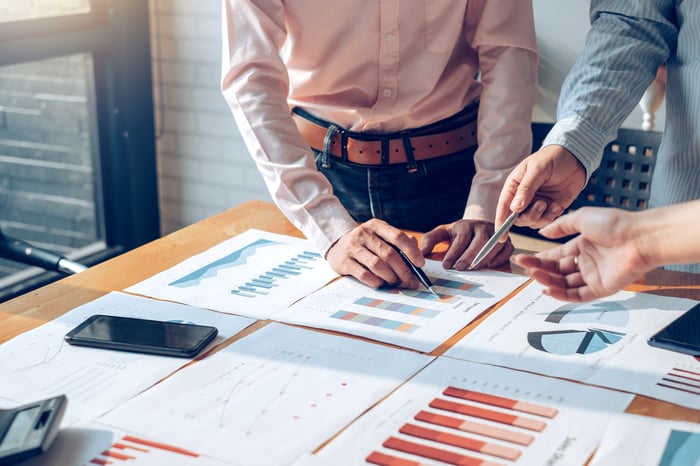 Making progress in its effort to shore up its balance sheet, Eldorado Gold reported that it completed a refinancing of its debt in the second quarter, thereby reducing its gross debt by $100 million and ending the quarter with net debt of $367.4 million. According to management, investors can expect to see further attention paid to the balance sheet in the second half of 2019. On the company's conference call, George Burns, Eldorado Gold's president and CEO, stated that management is "expecting a stronger second half of the year with increased production at Kisladag and Olympias positively impacting cash flows. This will give us the financial flexibility to pay down debt and reinvest in our business."

Despite the reduction in debt, Eldorado's financial health is still tenuous. While the company has reported EBITDA of $79.5 million through the first half of 2019, the second half of 2018 was less lucrative -- a period during which the company reported negative EBITDA of $437.3 million. The company's heavy reliance on leverage is notable, but it's even more concerning when compared to Eldorado's peers. Yamana Gold (NYSE:AUY), for example, has made a concerted effort to deleverage over the past few years, and it ended Q2 2019 with a net debt-to-EBITDA ratio of 1.5. Alamos Gold (NYSE:AGI), moreover, has zero debt on its balance sheet and has generated EBITDA of $214.3 million over the trailing 12 months.

Bouncing back from a weak first quarter, when it reported negative operating cash flow, Eldorado reported that it generated $50 million in cash from operating activities during the second quarter. As a result, the company has generated operating cash flow of $50.4 million through the first half of 2019. The main driver behind the increased cash flow in the quarter was the company's success in reducing all-in sustaining costs (AISC). Falling from $1,132 per gold ounce in Q1, Eldorado's reported AISC was $917 per ounce in Q2, which also represents a year-over-year improvement from the $934 per ounce the company reported in Q2 2018.

With the company's success in improving its cost profile in the second quarter and the expectations that gold production will increase at both Kisladag and Olympias in the remaining quarters of 2019, management reaffirmed its cost guidance for 2019: AISC per gold ounce of $900 to $1,000. 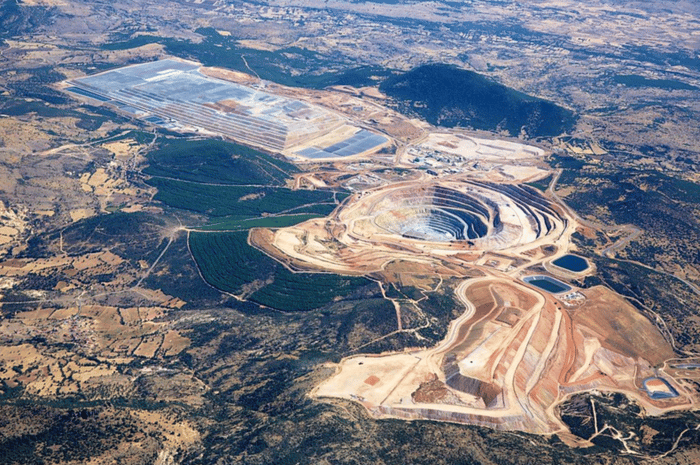 3. The word on Greece

Turning from Eldorado's operating assets to one that is still in development, investors surely were happy to hear that the company seems to be making progress regarding the Skouries project located in Greece. Although the news comes subsequent to the end of the second quarter, management reported that the company met with representatives of the Greek government in late July. On the conference call, Burns spoke to the progress, saying that the company has "had positive engagement with the Greek government and are encouraged by the dialogue we've had thus far."

Illustrating the growing momentum, Eldorado and the Greek government will form a joint committee to discuss how both parties could effectively proceed with the development of the project. Although management resisted sharing extensive details about the talks, Burns did say that the company is "extremely encouraged by the change in sentiment and we'll be working hard to -- to move in a direction that we can inform the market as to timing and path forward."

Will this golden opportunity get tarnished?

For Eldorado, the reduction in debt and return to strong cash flow suggest that the company should shine more brightly in investors' eyes than it did at the end of the first quarter. The company, however, still has some challenges before it, and thus it still doesn't represent one of the more glittering opportunities for gold-hungry investors. And while the apparent advancement of the Skouries project in Greece is an encouraging sign, it will still be many months before the project commences gold production.