As has been the case for several years, 2019 was another lackluster one for energy stocks. Most significantly underperformed the S&P 500, which gained 29% on the year. The average one in the Vanguard Energy ETF -- an exchange-traded fund that holds more than 140 energy stocks -- only rose about 6% on the year.

That lackluster performance, however, makes the energy sector look like a relatively attractive one in 2020, especially given some notable catalysts on the horizon. The sector's upside potential is why investors should resolve to buy more energy stocks this year. Here's a look at some of the catalysts that could fuel market-beating gains for the sector in 2020. 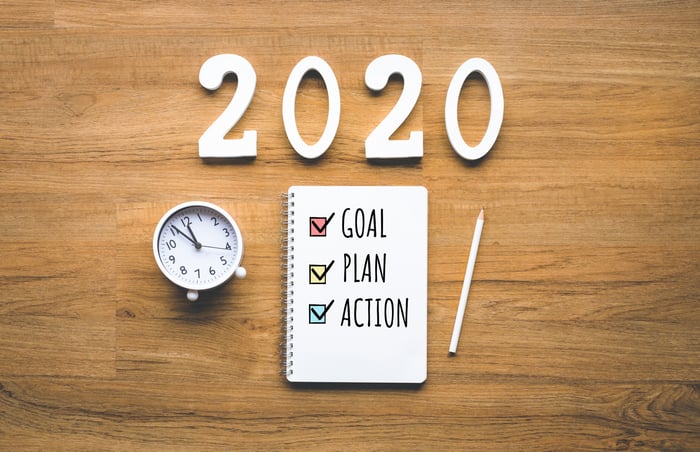 Transitioning from "drill, baby, drill" to producing a gusher of free cash

The U.S. upstream oil and gas industry has been a chronic underperformer ever since oil prices lost their grip on triple digits about five years ago. Driving those lackluster returns is that the sector continued to drill even though the market has had more than enough oil. That put pressure on crude prices as well as on drilling returns.

The sector, however, has begun to change its thinking in recent years. Many drillers have shifted their strategy from growing at all costs to aiming to produce excess cash and returning it to investors. They could generate big-time gains in 2020, given where oil prices are today.

Take Devon Energy (NYSE:DVN), for example. The oil company has transformed into a low-cost producer. As such, it only needs crude to average $48 a barrel in 2020 to fund its drilling program and dividend. With oil prices entering the year in the low $60s, Devon is on track to produce more than $675 million in free cash. Those funds, when combined with the proceeds of another asset sale, will give Devon the money to buy back as much as 13% of its outstanding stock this year, which could push shares higher in 2020. It's one of several oil stocks planning to return a boatload of cash to their investors in 2020 via dividends and buybacks, which makes the sector look more attractive this year.

On Jan. 1, the International Maritime Organization, which is an agency of the UN, implemented a new fuel standard for the shipping industry. The move will force ships to use cleaner-burning fuels such as low-sulfur diesel. This switch is great news for the refining sector since it should fuel demand for higher-margin products.

Leading U.S. refiners such as Marathon Petroleum (NYSE:MPC), Valero Energy (NYSE:VLO), and Phillips 66 (NYSE:PSX) should all benefit from this rule change as it should boost their margins. That will enable them to generate more free cash flow to return to shareholders via their dividends and stock buyback programs. Meanwhile, Marathon has an additional catalyst that could drive its shares in 2020 as an activist investor is pushing it to make changes to boost shareholder value, including spinning off its Speedway gas station business. Most analysts therefore believe its stock could be a big winner in 2020. 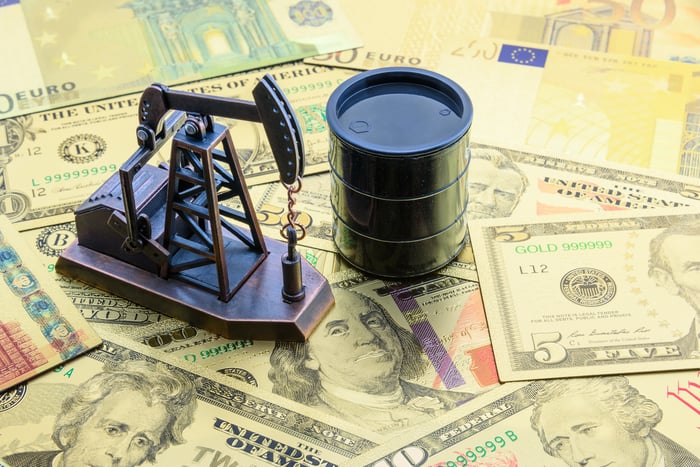 Cashing in on infrastructure projects

Energy midstream companies have spent the past several years building new infrastructure to support fast-growing oil and gas production in the U.S. and Canada, and several pipeline operators will experience a noticeable uptick in cash flow this year as their expansion projects come online. ONEOK (NYSE:OKE), for example, expects its earnings to grow by more than 20% this year as five projects start up. Meanwhile, Phillips 66 and its MLP Phillips 66 Partners (NYSE:PSXP) will benefit from the start-up of the Gray Oak oil pipeline as well as an export terminal. The uptick in cash flow from these expansion projects could enable these midstream companies to all deliver big-time dividend increases this year.

Energy stocks could stand out in 2020

While energy stocks have underwhelmed in recent years, they could reverse that trend in 2020, given all the catalysts on the horizon for the sector. That's why I think investors should resolve to buy more energy stocks in 2020, which is something I plan to do personally. It's a move that could help energize portfolios in 2020, since it looks like the year that the sector could final start bouncing back.