In the two years since its first flight, Textron's (NYSE:TXT) V-280 tiltrotor prototype has turned heads with its ability to reach airplane-like speeds while maintaining helicopter-like maneuverability. In late December, the company unveiled a new feature sure to go over well with military buyers, demonstrating the V-280's ability to fly itself.

We're likely more than a decade away from the U.S. military using autonomous troop transports and attack helicopters, but the V-280's demonstration is an exciting glimpse into the future, and a sign of things to come. It could also boost Textron's chances of winning billions in procurements in the coming years, as the U.S. Army seeks to replace its aging helicopter fleet.

This week,Textron told reporters that the V-280 flew autonomously during a December demonstration at the company's Bell Helicopter Texas facility. The test was limited to specific maneuvers, including an autonomous takeoff, landing, loitering over a spot, and precision navigation to specific waypoints.

Pilots were in the cockpit during the maneuvers, and intervened between different autonomous elements and performed more complex demonstrations.

There are no future autonomous test flights scheduled, but Textron seemingly accomplished its primary goal from the demonstration, proving its tech credentials in front of an audience that included Army Secretary Ryan McCarthy and Congresswoman Kay Granger of Texas. 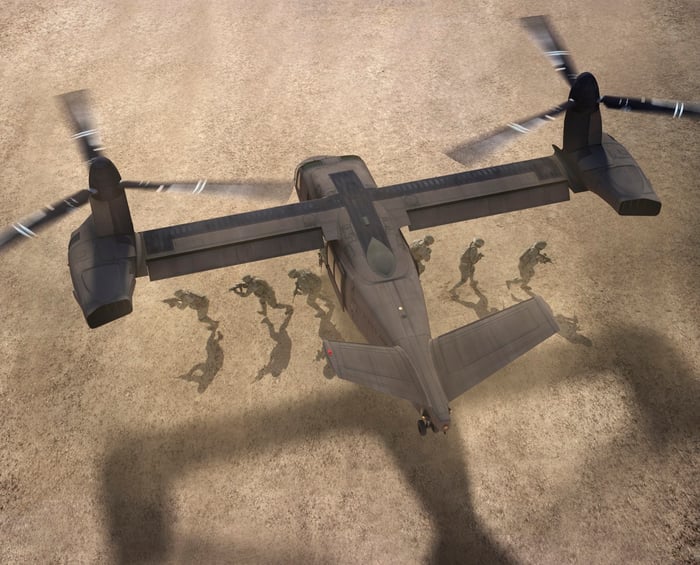 Textron, though often overlooked as a defense stock, has long been one of the military's top suppliers of drones. The company is also developing an autonomous air taxi for commercial use.

Because the V-280's controls are entirely electronic, autonomous flying requires only modifying software written for other applications, and not physical changes to the cockpit.

The V-280 was designed and built for the Army's Joint Multi-Role Technology Demonstration (JMR) program, a first step in the Pentagon's effort to modernize its helicopter fleet and to introduce new technologies.

The V-280 first flew in December 2017, and has since logged more than 160 flight hours. The tilt design is intended to give the V-280 airplane-like speed and range, while allowing it to still perform helicopter maneuvers, including landing and taking off without a runway and hovering over tight spaces.

The payoff is on the horizon

The demonstration program is winding down, but the V-280, or at least an aircraft based on its design, is expected to be Textron's submission in the Army's upcoming Future Long Range Assault Aircraft (FLRAA) program.

The Army hopes to develop and field the FLRAA, which would replace its classic UH-60 Black Hawk, as well as a separate Future Attack Reconnaissance Aircraft (FARA), to replace the AH-64 Apache.

Textron and the V-280 have significant competition. Lockheed Martin and Boeing were also involved in the JMR program, with the two jointly submitting a futuristic helicopter with two main rotors and a rear-mounted pusher propulsor, which the companies say can better duplicate helicopter functions while matching the V-280's speed. The coaxial design, with rotors spinning in opposite directions, is closely regulated by software and the aircraft, called the Defiant, was delayed multiple times, but finally took flight last year.

There are likely to be multiple winners of contracts to support Army helicopter modernization, and substantial dollars to be won.

The Congressional Budget Office last year estimated the U.S. Army will spend about $1.5 billion annually, in 2018 dollars, by 2027 on helicopter replacement, with that figure then rising to a peak of about $4.7 billion in 2032 and drifting slowly downward through the middle part of the century.

It's hard to handicap a competition before it even begins. But assuming both aircraft continue to fly to spec, it appears the Defiant is the favorite to replace the Apache, and the V-280 a better fit for taking over the Black Hawk's traditional role of transporting troops and cargo and flying long-range missions.

Textron could use the lift

There have been a range of culprits at various points in time, including sluggish sales at its business jet unit and issues integrating a snowmobile acquisition. But the easiest, most straightforward way for Textron to reverse the negative quarterly trends and get back on track is via increasing sales to the Pentagon. 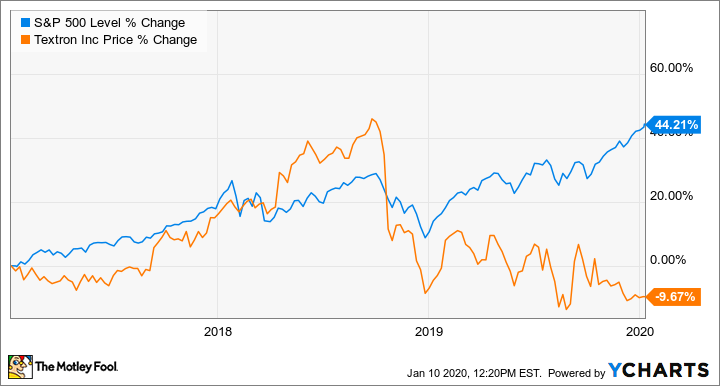 Bell Helicopter is a pivotal part of that plan. The V-280 arguably outperformed the Defiant during the JMR demonstration, or at the very least by getting airborne had significantly more flight and demonstration time. Autonomous flying, even in its early stages, is another feather in the aircraft's cap.

Given the expedited timeline, the Army is unlikely to require the FARA or FLRAA to be ready to fly autonomously from the start. However, pilotless flying is a long-term goal.

As Textron demonstrated in December in front of a VIP audience, it is well on its way toward hitting that goal.