With chains devoted to Mexican food, fried chicken, and pizza, the Yum! Brands (NYSE:YUM) portfolio has covered most of the fast-food bases, but its lack of a burger concept has long seemed to be a glaring omission -- and a missed opportunity.

Perhaps that's why the announcement last week of its acquisition of The Habit Restaurants (NASDAQ:HABT) was met with general applause. Yet this particular purchase is much less than it seems, and could just as easily have earned a collective yawn. 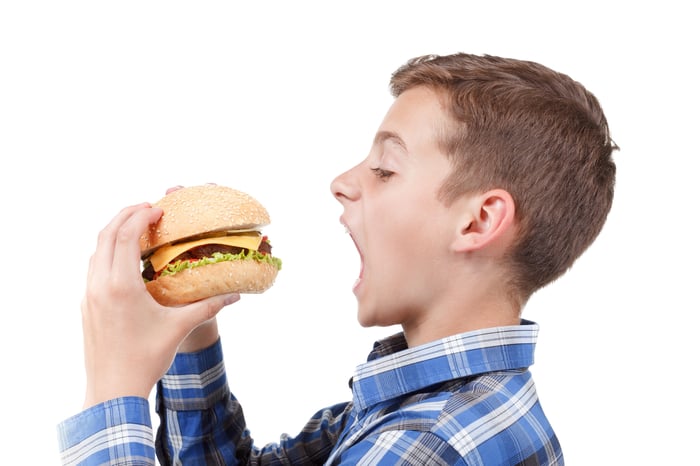 Operating a decidedly non-burger-oriented business has largely served Yum! Brands and its investors well; being the quick-serve chain that was not McDonald's or Burger King helped it differentiate itself within the marketplace.

Over the past decade, that strategy has helped Yum's stock to handily outperform the major market indexes and even McDonald's stock. 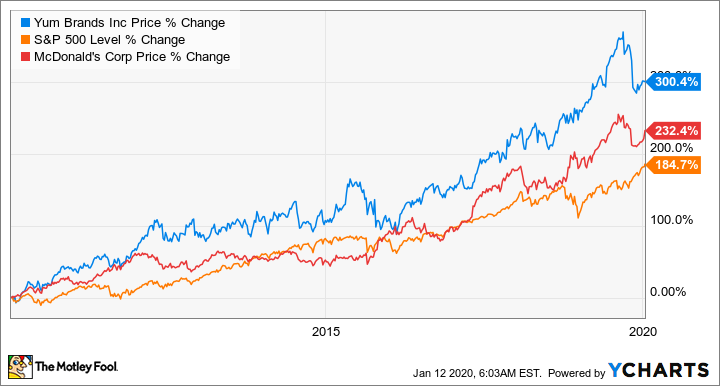 But over the past year or so, that has changed. Yum! Brands has struggled to keep pace, and last quarter missed analyst earnings expectations. As a result, its stock trails the gains of both McDonald's and the market over the last 12 months.

Turning around its laggard Pizza Hut chain has proven a more intractable task than the restaurant operator originally expected, and it had to write down its investment in third-party meal delivery specialist Grubhub by $60 million, due to rising competition, and a trend that Grubhub management described as customers becoming "more promiscuous" and losing their former delivery-app loyalty.

Yum! Brands clearly hopes that by buying The Habit, it can gain something that's currently missing from the other chains in its portfolio.

A case in favor of buying

There are some good reasons for making this deal, not least of which is the price. At $375 million, or $14 a share, The Habit is something of a bargain considering it IPOed at $18 five years ago -- though the bid did offer a premium to where the stock was trading just before the acquisition announcement.

And though The Habit is a fast-casual restaurant concept, it is arguably closer to a fast-food burger chain than many others in the space like Shake Shack , Smashburger, or Bobby's Burger Palace. Its restaurants have drive-thru windows, and while an Original Charburger will still set you back more than $8 -- a price that would feel more appropriate for a restaurant in the "better-burger" niche -- it has introduced some value options. So you can get a plain Charburger for less than $4, and one with Portobello mushrooms will only set you back about $5.

Yum! Brands also sees lots of potential for the chain in international markets. But there's a lot less here than meets the eye.

Not even a mouthful

Although The Habit has been around since 1969, it still only has around 270 locations. That sort of glacial expansion pace means the chain won't be moving the needle at all on Yum! Brand's financial statements. Even if Yum doubled or tripled the footprint of The Habit --  something that won't happen in the immediate future regardless -- it still wouldn't matter much.

What Yum! really needed was a more transformative restaurant acquisition -- something that could have made a difference to its business. The Habit doesn't do that.

On the whole, Yum! Brands' purchase of The Habit isn't a bad deal, and maybe the restaurant operator was testing the M&A waters before going after something more substantial. But this addition is not going to be a driver for the company's future.

Beyond the small scale of the deal itself, the better burger trend has -- if not played itself out -- shown the limitations of its market opportunity. Shake Shack's quarterly report in November was a disappointment, and while its stock still trades above its IPO price, shares are down by more than 40% from their recent highs.

Yum! Brands seems to have gotten a good deal on this burger chain, and it may be able to learn about the burger business from the acquisition, but this is not the transaction investors were really looking for.