These two companies have a lot in common. They're partners in the aviation industry, both have stumbled in recent years due to operational issues, and both still face serious questions regarding key parts of their operations.

However, when it comes to the investment cases for Boeing (NYSE:BA) and General Electric (NYSE:GE), the question isn't so much about what's happened in the last couple of years as it is about what could happen in the future. 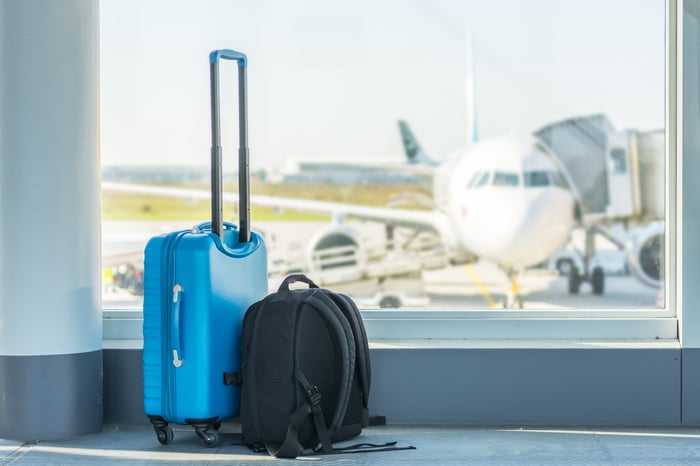 There's no avoiding the elephant in the room: Boeing's failure to win regulators' approval to return the 737 MAX to service in a timely fashion was almost certainly the catalyst that led to CEO Dennis Muilenburg's resignation just before Christmas. The tone the press release announcing his departure revealed a lot about the board's thinking: "Under the Company's new leadership, Boeing will operate with a renewed commitment to full transparency, including effective and proactive communication with the FAA, other global regulators and its customers."

Muilenburg was criticized for the tension in the company's relationship with the Federal Aviation Authority, as well as for his repeatedly stated belief in that the 737 MAX would return to service in October -- an optimistic view that would prove unwarranted. These factors have caused issues for the company, airlines and suppliers alike. With the 737 MAX still not back in service, Boeing was forced to suspend production on the 737 MAX in January, and suppliers like Spirit AeroSystems (NYSE:SPR) have been forced to lay off thousands of workers as a consequence.

In addition, CFM International -- General Electric's joint venture with Safran -- provides the sole engine option (LEAP) on the 737 MAX, and the company had been producing those LEAP engines in line with Muilenburg's forecast that they'd be flying again in October. I'll come back to this point later.

All told, the 737 MAX's restoration story has not gone as planned, and Boeing is in Wall Street's doghouse for good reason. It's also under criticism from suppliers that had, effectively, been asked to forego higher margins in favor of the long-term security of contracts with Boeing under its "Partnering For Success" initiative. But where's the security of being a part of that jet's supply chain now?

That said, it's important to keep a clear head regarding the aerospace giant. The 737 MAX still looks likely to be cleared for service again -- it's probably a question of "when," not "if." Moreover, the reality is that rival Airbus is not in a great position to take advantage of Boeing's troubles. While it does manufacture the MAX's only significant direct competitor, the  A320 NEO, Airbus found its plans to ramp up production simply to pare down its existing backlog were too ambitious, and had to be scaled back. Furthermore, the other Boeing segments, namely Boeing defense, space & security and Boeing global services have both performed well in 2019.

Once the 737 MAX returns to service, there's no reason why Boeing's fortunes can't recover; the sentiment around the company could be quite different in a year's time.

If you are worried about the doom-and-gloom scenario of Boeing failing to get the 737 MAX back in service, then you should also worry about the prospects for GE. Long-term aftermarket revenue from the LEAP engine that powers the 737 MAX is a critical part of GE's earnings picture. Simply put, don't think you are avoiding risk related to the 737 MAX if you invest in GE stock rather than Boeing.

Moreover, despite the fact that CEO Larry Culp has done a great job of restoring confidence in GE's management, there are still question marks around the company. The sale of its biopharma business to Danaher looks set to cost GE its only healthcare business capable of more than low-single-digit percentage growth.

Meanwhile, despite some signs of stability in the market for gas turbines (GE Power's core product), it's far from clear that growth in the use of renewable energy won't crimp demand for gas turbines in the future. Furthermore, a sum of the parts analysis for GE suggests the stock is close to fair value at about $12 right now.

The bottom line is you don't have to add either of these stocks to your portfolio, but on a risk/reward basis, I think Boeing is the better buy. There's no rational reason to think the 737 MAX can't get back on track. Meanwhile, Boeing's other commercial aviation operations are performing well, and its defense and global services operations remain in strong growth mode.

When it comes to GE, on the other hand, outside of its aviation unit, there are many questions regarding its growth potential, and the stock's run-up in 2019 means it's no longer the value play that it was a year or so ago.

In short, if you can tolerate some potentially negative news flow in the near term, Boeing looks like it has more upside potential than GE right now.