Please ensure Javascript is enabled for purposes of website accessibility
Log In Help Join The Motley Fool
Free Article Join Over 1 Million Premium Members And Get More In-Depth Stock Guidance and Research
By Rick Munarriz - Jan 24, 2020 at 9:15AM

The country's fourth-largest carrier will fix your cracked Samsung Galaxy screen at a discount no matter which carrier you call home.

If you cracked your Galaxy smartphone screen you may want to consider swinging by a nearby Sprint (S) store for a cheap fix. The country's fourth-largest wireless carrier is offering to replace broken screens on eligible Samsung (OTC: SSNLF) Galaxy devices for just $49 at any of its outlets that perform in-store repairs.

Smartphone screen repairs typically cost at least twice that much. The offer -- good through Feb. 9 -- is unique in that Sprint isn't limiting the promo to active customers.

"No matter who your carrier is, Sprint will fix it," Sprint's stunt reads. 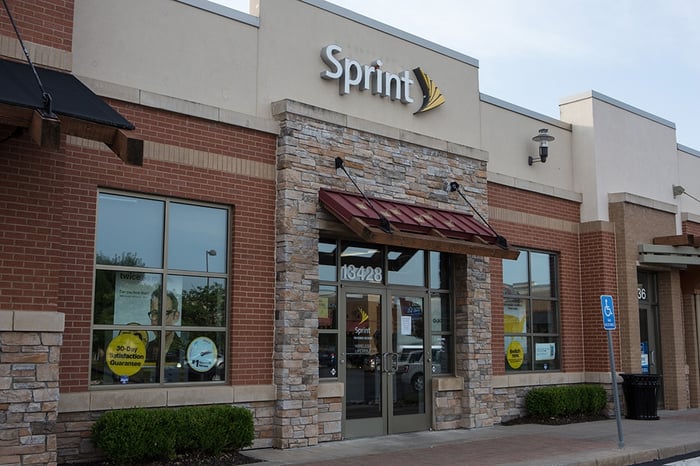 Sprint to the finish line

You can take some big swings when you're a distant fourth in this game, but this move is pretty brazen even for a hungry Sprint. It's a gamble worth taking, as some pretty neat things might happen if AT&T (T 0.94%) or Verizon (VZ 0.88%) customers walk into a Sprint store for a screen repair, walk home feeling good about the underdog and its aggressive pricing, and make the switch the next time that their contract is up for renewal.

If there's a bigger problem than a cracked screen, well, Sprint reps will obviously be more than happy to show you in-store replacement options. Sprint will also offer $150 credit toward a new purchase for a device that is in good working condition but not eligible for the repair promotion. In short, Sprint is laying plenty of traps around its store to hook customers into making the switch to its platform.

Sprint needs to do something. It had 53.9 million total wireless connections on its books at the end of September, a slight decline both sequentially and year over year. Gains on the postpaid front were more than wiped away by losses everywhere else. AT&T and Verizon each have roughly twice as many mobility connections as Sprint, and trends there are holding up better than the market's seeing with Sprint's gradual fade.

Analysts see revenue at Sprint declining in the coming years, and annual profitability doesn't seem as if it will be rearing its head anytime soon. The long overdue combination of Sprint with T-Mobile (TMUS 0.13%) to form a legitimate rival to AT&T and Verizon is still waiting to clear the final regulatory hurdles, and Sprint can't afford to just march in place in case the $26.5 billion deal falls through.

Sprint will be in a world of hurt if it doesn't hook up with T-Mobile. It can't afford the investments in content that AT&T has made or the push into television that both AT&T and Verizon have attempted. It can't even afford a payout, a sharp contrast in the eyes of dividend investors in this niche with AT&T and Verizon both yielding better than 4% these days. All that Sprint has now is its hunger, and this $49 stunt is a creative way to try to get fed in this challenging climate.