Could this little-known Florida-based company have the answer to California’s fires?

Engineering consulting firm NV5 Global (NVEE 0.60%) may have a viable solution to California's deadly and costly wildfires. Traditional above-ground power transmission lines were the culprit behind the state's deadliest fire ever, the 2018 Camp Fire. The blaze destroyed nearly 19,000 homes and was responsible for 86 deaths. Sparks from bankrupt PG&E's exposed electrical lines, the result of poor maintenance, have caused over 1,500 fires in the past six years in the burn-plagued state.

Clearly a solution is desperately needed. The Camp Fire was 2018's costliest natural disaster globally, causing $16.5 billion in damage. NV5's innovations may prove to be the best way to prevent these deadly wildfires. 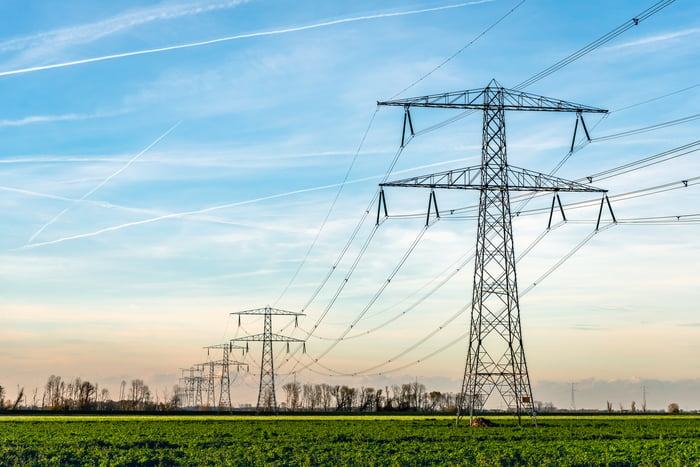 NV5 will work with California municipalities to mitigate fire risks via its underground power line technology. The firm sources its platform entirely in-house and is thereby more cost-effective over the life of a project than other companies that outsource their power solutions. Additionally, as a result of the NV5's long-standing relationship with the state as the original purveyor of grid layouts in several areas, it completes mapping and planning for "hardscaping," or undergrounding, more efficiently. NV5 hopes to provide the state with more reliable and safer power transmission solutions. This will enable power providers to maintain electrical service despite windy conditions that normally require interruption as a preventative method during the ever-lengthening fire season in the beleaguered state.

Undergrounding, which was first pioneered in the early 1800s, has proven to be a safer and more effective method of electrical transit. The up-front costs are higher, but undergrounding may actually provide more long-term savings to state and local governments as well as end users. A lower risk of fire and a much-reduced susceptibility to inclement weather are among the benefits of NV5's technological designs, which it is able to provide at lower costs than other companies in the space.

As a result, NV5 recently won a $20 million contract to engineer and design underground electrical transmission, which it expects to complete in 2021. NV5 expects its presence in California to continue and lead to further business opportunities that will boost its bottom line. The company's Energy 2021 initiative, which includes this contract within its most profitable energy division, is expected to generate $250 million in revenue by next year.

This is not NV5's only initiative with respect to climate change, as evidenced by its recent acquisition of Quantum Spatial.

This technology maps coastlines in storm-inundated areas, providing cutting-edge data relevant to rising sea levels. This will continue to provide NV5 with ongoing revenue beyond the current contract, which the NV5 expects to grow to at least $100 million in the next fiscal year. 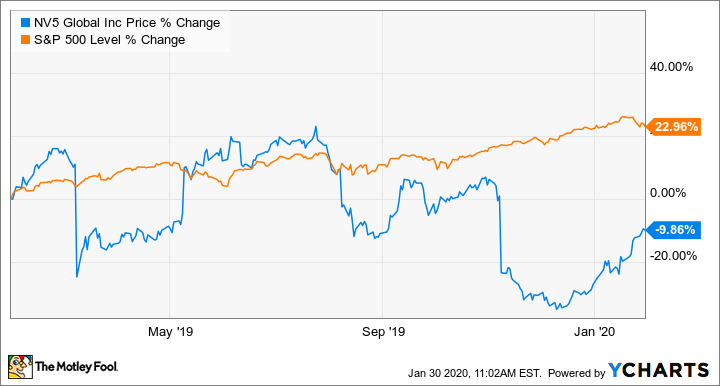 As a result of NV5's growing portfolio of new projects and acquisitions, current total revenue of $491 million is expected to grow to $700 million by 2021. This would equal the firm's current market capitalization. Given the firm's initiatives, along with its long-term trend of impressive growth in net income and total revenue ($16 million and $267 million, respectively, since 2016), investors may do well to consider NV5 more seriously.