Please ensure Javascript is enabled for purposes of website accessibility
Log In Help Join The Motley Fool
Free Article Join Over 1 Million Premium Members And Get More In-Depth Stock Guidance and Research
By Harsh Chauhan – Feb 4, 2020 at 8:48AM

Apple (AAPL -1.51%) returned to the top of the global smartphone sales chart in the fourth quarter of 2019, according to tech-focused market research firm Canalys. The company shipped 78.4 million iPhone units during the quarter, an increase of 9% over the prior-year period. But more importantly, Apple managed to corner 21.4% of the global smartphone market in the fourth quarter.

This helped Apple score a comfortable lead over second-place Samsung, which had a market share of 19.2% during the quarter. With these results, it can be said that Cupertino's new pricing strategy has helped its latest generation of smartphones regain popularity among customers. And the biggest evidence that the strategy is working wonders for Apple can be gleaned from the company's terrific growth in India -- the world's second-largest smartphone market. 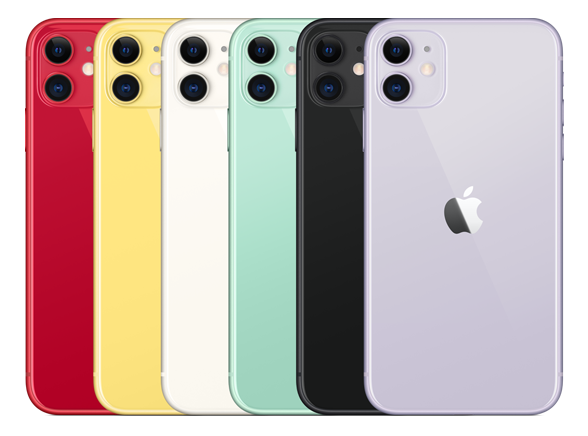 According to Canalys, Apple shipped around 925,000 iPhones in India during the fourth quarter of 2019. While that might not be a huge number in the context of worldwide figures, the fact that Apple's shipments in the region jumped 200% year-over-year is significant. India is a price-sensitive market where Apple has historically failed to make a dent because of its premium pricing.

But things have changed with the iPhone 11. A lower price point, bigger battery, and better camera seem to have tilted the balance in Apple's favor, allowing the company to finish 2019 with two million iPhone shipments in India, up from 1.6 million in 2018. This is great news for Apple since success in India will be key to the company's long-term growth. India's smartphone space is one of the few bright spots in an otherwise dull market.

According to Counterpoint Research, smartphone shipments in India grew 7% in 2019 to 158 million units, while the global smartphone market shrank 1.3%. Even with the recent success of the iPhone 11, Apple is still competing only in the premium smartphone segment -- which it dominates -- but the company is now looking to address an even bigger audience with a cheaper device this year.

According to reports from Phone Arena, Apple is reportedly set to begin the production of a cheaper iPhone in 2020. Cupertino has begun trials of the device with full-scale production expected to begin in mid-February. Apple also plans to build around 30 million units of the new entry-level smartphone, which is expected to be priced at $399.

This is not the first time rumors of an entry-level iPhone have surfaced. Noted Apple analyst Ming-Chi Kuo has been suggesting that a budget device like the iPhone SE could hit the market in 2020. And if Apple ends up actually launching such a device, it will be in a great position to tap into the fastest-growing smartphone segment in India. According to International Data Corporation, shipments of smartphones priced between $300 and $500 doubled during the third quarter of 2019 from the prior year.

In all, Apple looks set to build upon the success of the iPhone 11 by tapping into a larger pool of customers in this international market. Success in India's smartphone race will help Apple remain a top tech stock given the opportunity for growth in the region.