The company is reportedly trying to consolidate the business-jet market.

Shares of Textron (TXT 2.97%) traded up more than 8% on Tuesday after reports surfaced that the company is in talks to acquire the business-jet division of Bombardier (BDRBF 2.49%). The talks are ongoing and might not result in a deal, but it would make sense for both parties and give Textron a much-needed shot in the arm.

Shares of Textron, an industrial conglomerate that already owns the Cessna, Beechcraft, and Hawker aviation brands, have been stuck in a rut over the past year, weighed down by a lack of growth and issues spread across the portfolio. Investors increasingly have been calling for the company to make a move to jump-start growth. Combining its aviation business with the Bombardier assets would offer cost-cutting and revenue growth opportunities. 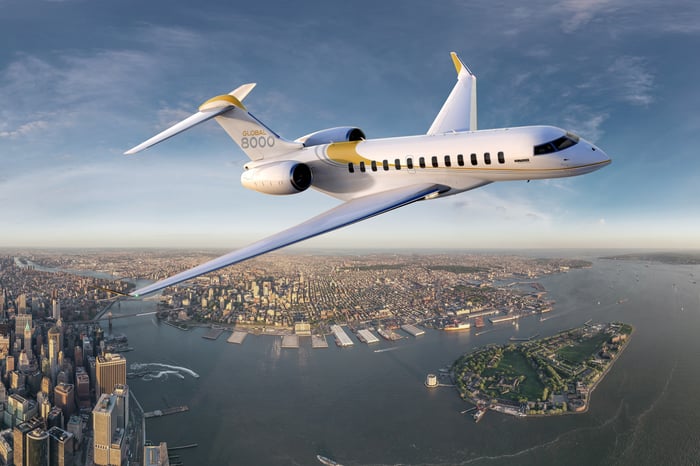 Just last week, I suggested that an acquisition of the Bombardier business was a possible way to spark growth by giving the combination greater market share, increasing the total fleet of aircraft in operation, and adding potential maintenance and spare parts customers.

Bombardier has been selling assets to raise money to pay down its debt, shedding its commercial aircraft programs to Airbus and Mitsubishi Heavy Industries and its aerostructures business to Spirit AeroSystems. The company is reportedly exploring selling its business-jet division to raise cash to pay down some of its $9 billion in debt. 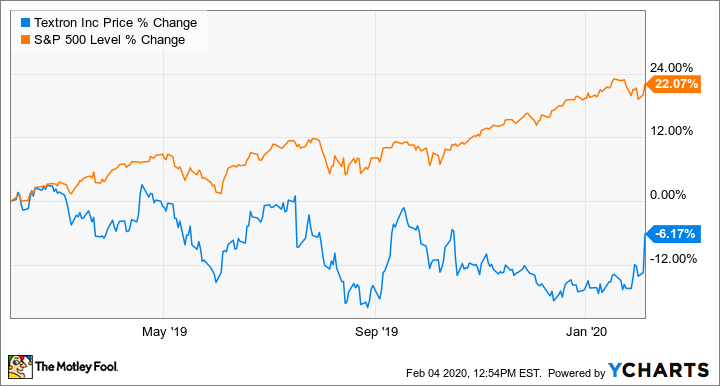 The deal would be a step in the right direction for Textron, but it is no quick fix. With or without Bombardier, Textron investors will likely need to wait until at least 2021 to see growth kick in.

There is reason for optimism about Textron even without a deal, since the company is in a good position to increase its presence in the defense sector via a pair of multibillion-dollar helicopter competitions for the U.S. Army. It is also forecasting an uptick in business-jet sales in the second half of 2020, with that segment weighed down temporarily by a late-December liquid nitrogen explosion at a plant in Kansas.

Investors on Tuesday appear to be cheering management's willingness to go on the offensive in search of opportunities to augment internal growth.