It wasn't a good day on the stock market for this pair of cutting-edge companies.

It's an exciting time to be invested or otherwise involved in the vehicle industry. Technology is changing our relationship to the car in ways few of us previously expected, and doing it quickly.

Many top stocks in the vehicle space are zooming ahead on this fast-moving freeway. On Wednesday, though, two companies notably decelerated. Should you still get in for the ride on either? 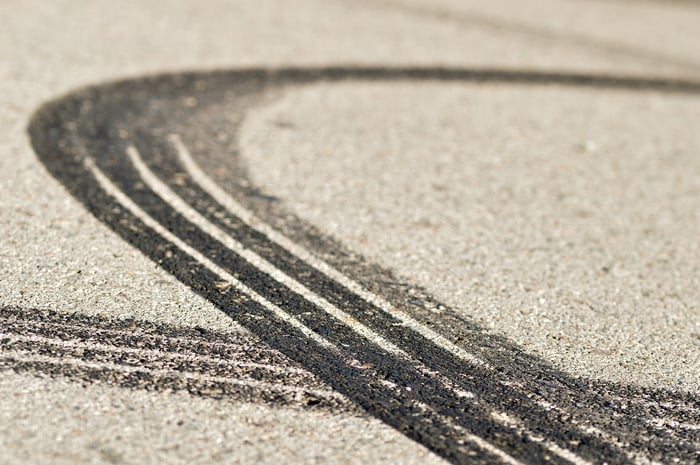 The investor drive with Tesla (TSLA -0.37%) is notoriously rocky, with the company's stock frequently experiencing violent price swings up and down. Wednesday's movement fell in the latter category, with the shares cratering by more than 17%.

The China-based coronavirus is largely to blame. Because of it, Tesla said, Model 3 deliveries from its Shanghai factory are being halted until Feb. 10.

Compounding this, one of the few investment banks bullish on Tesla shares -- Canaccord Genuity -- downshifted its recommendation to neutral from buy (although, a bit oddly, it maintained its $750-per-share target price).

In my mind, this is a rather typical overreaction by investors to developments with Tesla. Previous to today, the stock had had a nice run-up in price on the back of Tesla's Q3 results, which featured some impressive numbers. The market is overly sensitive to positive and negative developments with this company, hence the big up-and-down swings.

So I don't think investors should buy or sell based on these latest happenings. Tesla is very much a stock for believers -- if you feel the company is going to be the leading electric vehicle (EV) brand on the market for years to come, you might want to snap up some stock at this reduced rate, even though its valuations are still awfully high.

Otherwise, it's a risky play at the best of times.

The big Wednesday news for ride-sharing giant Uber Technologies (UBER -1.85%) was actually quite encouraging; nevertheless, its stock closed the day over 4% lower.

The state of California is once again permitting the company to test autonomous cars on its roads. This comes nearly two years after a horrifying incident in which one of the company's self-driving vehicles caused a fatality in Arizona. Since autonomy can ultimately save considerably on expenses, it's a key component of Uber's drive toward profitability.

Like Tesla, the company has had quite the run-up in share price this year. Both investors and analysts tracking Uber stock are becoming more bullish on its prospects, citing such factors as a maturing market (which favors Uber as an incumbent) and cost-cutting.

However, we're just in front of the company's release of its Q4 of fiscal 2019 results, and I think that's the deciding factor. Analysts are projecting another very deep bottom-line loss. Uber has surprised on the downside in the recent past, and it seems the market is increasingly worried that this will happen again.

I've been bearish on Big Ridesharing for some time now, as I think those costs are going to remain considerable no matter how much Uber and its peers pull back on promotions and deals.

Scale is critical here, and despite its success, Uber isn't at the point of unavoidability and ubiquity -- as it probably needs to be in order to get and stay consistently profitable. I think this share price dip is justified, and I wouldn't be surprised if some of Uber's Q4 numbers come in much worse than expected.