Weakness among the company's customers is creating uncertainty about 2020 results.

Shares of GrafTech International (EAF -5.38%), a producer of graphite materials, fell more than 10% on Thursday following the company's quarterly earnings announcement. The results actually came in ahead of expectations, but investors appear more focused on GrafTech's commentary about issues with some key customers.

Before markets opened Thursday, GrafTech reported fourth-quarter earnings of $0.61 per share on revenue of $414.61 million, beating expectations for $0.55 per share in earnings on sales of $402 million. The results, as expected, were down year over year due to reduced production levels of crude steel. Production volume in the quarter totaled 41,000 metric tons, down from 51,000 metric tons in the last three months of 2018. 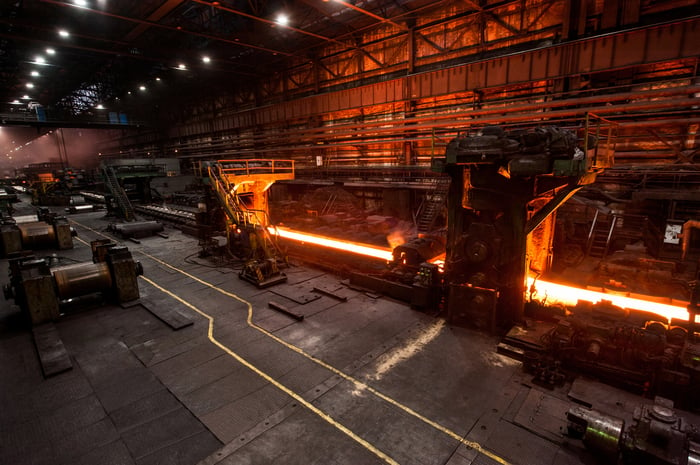 In a statement, CEO David Rintoul said the company's "long-term contracts and vertical integration into petroleum needle coke allow us to continue to generate significant free cash flows and support our primary objective -- to grow shareholder value." GrafTech said it generated more than $800 million in cash flow from operating activities, returning $360 million to shareholders via dividends and share repurchases and also paying down $350 million worth of debt.

The share-price decline seemingly was due to concerns over GrafTech's reliance on "take-or-pay" contracts, which require the customer to either purchase graphite as planned or pay a penalty. Oon the post-earnings call, GrafTech management said it expects 2020 volumes will be impacted by certain customers filing for bankruptcy or having financial difficulties, calling into question the company's ability to generate revenue as expected.

Graphite electrodes are used in steel production. GrafTech has an enviable position as one of the largest producers of graphite electrodes outside of China, accounting for about one-quarter of non-Chinese global production capacity. Unfortunately, the company is also tied to the cyclicality of the steel industry.

Take-or-pay contracts are written to try to shield GrafTech from some of the dangers of a recession, in theory generating revenue for the company even if demand for the graphite declines. But customers in bankruptcy have the ability to tear up those contracts, creating revenue uncertainty at GrafTech.

GrafTech is also dealing with a majority shareholder selling down its stake, and its shares are now down 27% since the beginning of December. The stock appears a good value for investors who want to buy in and wait out the cycle. Just be warned: It could be a long wait.