Eli Lilly (LLY 4.39%) and Roche (RHHBY 0.91%) announced the failure of a trial for two monoclonal antibody drugs for Alzheimer's disease, throwing further doubt on the approach of treating the disease by attacking amyloid plaques in the brain.

The trial was conducted by Washington University and compared Lilly's solanezumab and Roche's gantenerumab with a placebo in patients that have a rare genetic mutation that causes early-onset Alzheimer's disease. The study was designed to see if the progression of cognitive decline in Alzheimer's could be slowed with anti-amyloid drugs if treatment was started very early in the course of the disease. Subjects in the trial were cognitively normal or only mildly impaired at the start of the trial, and were followed for a minimum of four years. Both companies reported that their drugs failed to meet the study's primary endpoints. 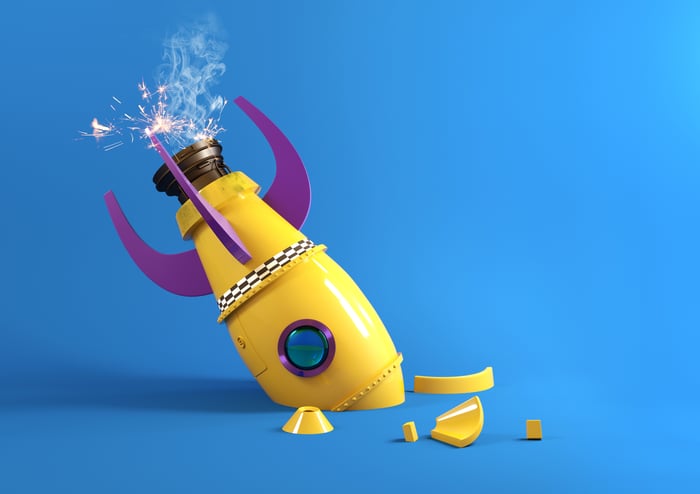 Lilly's solanezumab has been a serial disappointer. The drug failed last-stage trials in 2012 and 2016, and the company appeared ready to give up on it. But Lilly said Monday that it still plans to continue with another study of solanezumab in older patients who have evidence of amyloid plaques but who have not yet experienced the onset of cognitive decline.

Roche reported a clinical failure of another anti-amyloid drug a year ago, but also plans to continue studying gantenerumab in two clinical trials in the broader population of patients with Alzheimer's not directly caused by genetic mutations.

Investors in biotech Biogen (BIIB 3.40%) are watching these developments closely, as that company is planning on filing an application any day now for aducanumab, another anti-amyloid monoclonal antibody, despite less-than-convincing clinical evidence for the drug's efficacy.