The popularity of Tesla stock is having a knock-on effect, benefiting lithium producers.

From Jan. 31 through Feb. 4, shares of renewable energy darling and electric-car maker Tesla (TSLA -6.98%) went vertical -- shooting up 36% in a matter of four days.

In days since, investors have found new appreciation for the companies that mine the materials that make Tesla cars go "vroom!" -- lithium companies, to be precise, and to be even more precise, Lithium Americas (LAC -4.20%), Livent Corp (LTHM -5.38%), and Galaxy Resources (GALXF), all of which gained more than 10% in early trading today. 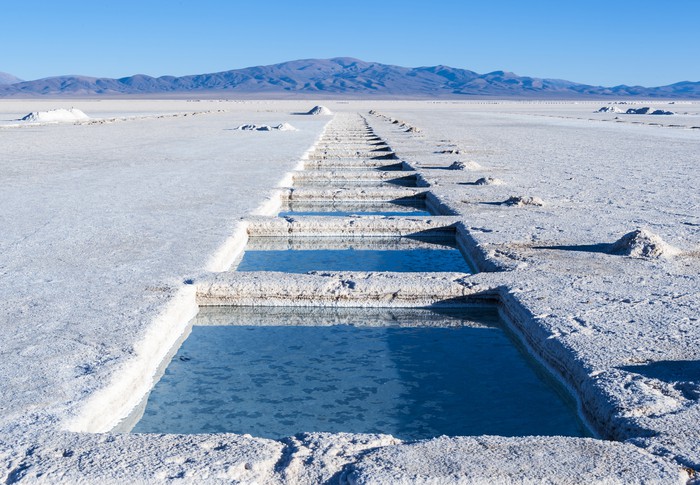 There's not a single news item to be found to explain why Lithium Americas or Livent stock should be up today specifically, and yet they both are.

Why? As The Wall Street Journal explains, "Tesla's surge [in share price] has helped lift shares of lithium producers to double-digit gains in 2020, powered by investors' bets that demand for the electric-car battery component will outpace a recent supply glut." According to investment bank Benchmark, the prices of the actual lithium metal that these companies produce is down "39% between January 2019 and last month."

And yet, both Lithium Americas stock and Livent stock are up.

First, Tesla stock is now down from the peak it hit on Feb. 4. Second, the reason Tesla stock went up earlier this month was not just because the company is selling more cars and looking financially healthier as a result (although it is, and it does). Rather, Tesla's stock shot up so much because Tesla bears got stuck in a short squeeze that artificially drove the stock price higher.

While there's certainly reason to hope that an increasingly viable Tesla will mean a growing market for lithium -- and better stock prices for lithium producers -- the fact still remains: Right now, lithium prices are down nearly 40% year over year despite Tesla's improvement. Until lithium supply and lithium demand get back into balance, this won't be good news for lithium producers.