Please ensure Javascript is enabled for purposes of website accessibility
Log In Help Join The Motley Fool
Free Article Join Over 1 Million Premium Members And Get More In-Depth Stock Guidance and Research
By George Budwell - Updated Feb 13, 2020 at 9:50AM

Amgen, Biogen, and Gilead Sciences have each transformed their early investors.

The biotechnology industry has created a staggering amount of wealth for investors over the past 40 years. The blistering pace of innovation, coupled with the rapid growth of scores of chronic diseases like asthma, arthritis, diabetes, cancer, and heart disease, have acted in concert to make biotech one of the fastest growing industries in the world during this period.

Several biotech stocks have thus gone on to produce million-dollar paydays for early bird investors. In fact, the brave souls who got in on the ground floor in some of the industry's biggest names typically only had to shell out fairly modest amounts of capital (less than $10,000) to realize a million-dollar gain.

Which biotech stocks have been the most potent wealth generators for investors during the industry's formative years? Not surprisingly, the big biotechs Amgen (AMGN 0.02%), Biogen (BIIB 0.92%), and Gilead Sciences (GILD -0.83%) have each delivered million-dollar paydays for their original shareholders. Here's a rundown on how much you would have had to invest in the initial public offerings (IPO) of these three biotech titans to score a millionaire gain at today's levels. 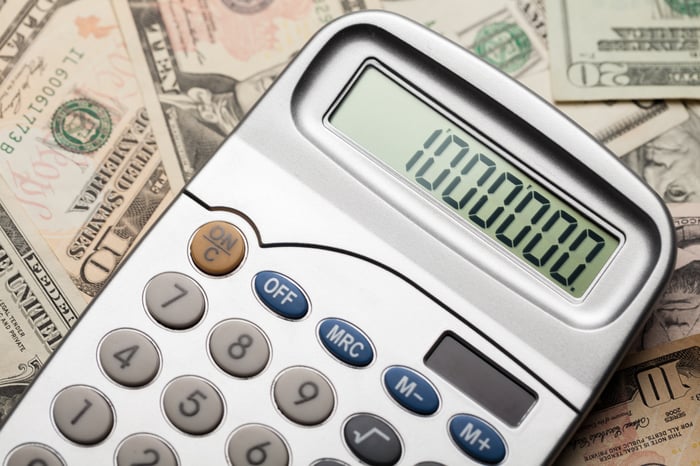 Amgen was founded in 1980 under the name Applied Molecular Genetics. Three years later, the company went public in order to fund its search for the erythropoietin gene. Based on this groundbreaking discovery, Amgen would go on to develop one of the industry's best-selling drugs of all time, Epogen. It was approved by the Food and Drug Administration in 1989 and was initially marketed as a treatment for anemia associated with chronic renal failure.

Two years later, Amgen would gain its second major drug approval with Neupogen, which boosts white blood cells. In 1998, the biotech rounded out its all-star portfolio by gaining FDA approval for the top-selling arthritis drug Enbrel. Epogen, Neupogen, and Enbrel essentially laid the foundation for the company's long-tailed growth spurt over the past four decades.

How much did investors need to dole out during the biotech's IPO to hit the million-dollar benchmark? A measly investment of $1,250.55 in Amgen's IPO 37 years ago would have done the job (assuming a dividend reinvestment plan). That works out to a staggering compound annual growth rate of 19.8%. By contrast, a similarly sized investment in the S&P 500 over this period would be worth approximately $23,000 at current levels.

Biogen: An experiment in patience

Biogen's roots date all the way back to 1978. The biotech stock debuted on the Nasdaq Stock Market roughly five years later in 1983. Biogen's first 10 years as a publicly traded entity, however, were an utter disaster for early shareholders. Due to the lack of any major commercial-stage products during this formative period, Biogen's shares dropped by more than 70% over the course of 1983 to 1993.

The stock didn't start to pick up steam until the company entered the multiple sclerosis (MS) space with interferon beta-1a in 1996. In the decades to come, the biotech would tack on several additional MS treatments to its portfolio such as Tecfidera, transforming it into the titan of the industry we know today.

To hit millionaire status as an early Biogen shareholder, you would have had to invest approximately $8,400 in its IPO back in 1983. By 1993, however, a paltry sum of $1,592 would have delivered a million-dollar bankroll, thanks to the company's sharp decline during its early years. Either way, you would have come out well ahead of the broader markets by investing in Biogen.

Gilead was founded as Oligogen in 1987. It would change its name to Gilead the following year, and go public four years later in 1992. Although it didn't start off as a particularly great investment, the company's shares did deliver total returns of 640% during its first decade as a public entity. With the development of several game-changing HIV medications such as Truvada and hepatitis C drugs like Sovaldi in the 2000s, however, the biotech's stock ultimately shot up by another 2,490% over the next 14 years.

Gilead, in kind, would have made its first round of stakeholders $1 million with a mere $8,000 investment at its IPO approximately 28 years ago (again, assuming dividends were reinvested). That's a compound annual growth rate of 18.2%, which easily exceeds the average rate of capital appreciation for the broader markets over the same period. What's more, Gilead's stock would have delivered a staggering $1.47 million in total returns if you sold it at the top back in 2015, when the company's all-star hepatitis C franchise was generating money hand over fist.

A retrospective analysis of biotech's three biggest names underscores the importance of staying invested for the long term. While it might be tempting to try to game biotech stocks by buying or selling around certain development milestones, the big picture shows that it took each of these companies the better part of a decade to generate truly staggering returns for investors.

Amgen, Biogen, and Gilead have all crushed the broader markets over their time as publicly traded companies thanks to their hefty gains during the latter portions of their life cycles. So, if you're on the hunt for the next big thing in biotech, it's arguably a good idea to keep the long view firmly in mind.