Shares of interactive stationary bicycle-maker (boy, that was a mouthful!) Peloton Interactive (PTON -6.13%) dropped out of the gate after their IPO in September, falling 11% on their first day on the public markets. Happily for shareholders, Peloton stock has recovered in the weeks and months since, and today sits very near its IPO price once again.

No one may be happier about that than the good folks at your favorite cable company: Comcast (CMCSA 2.07%). 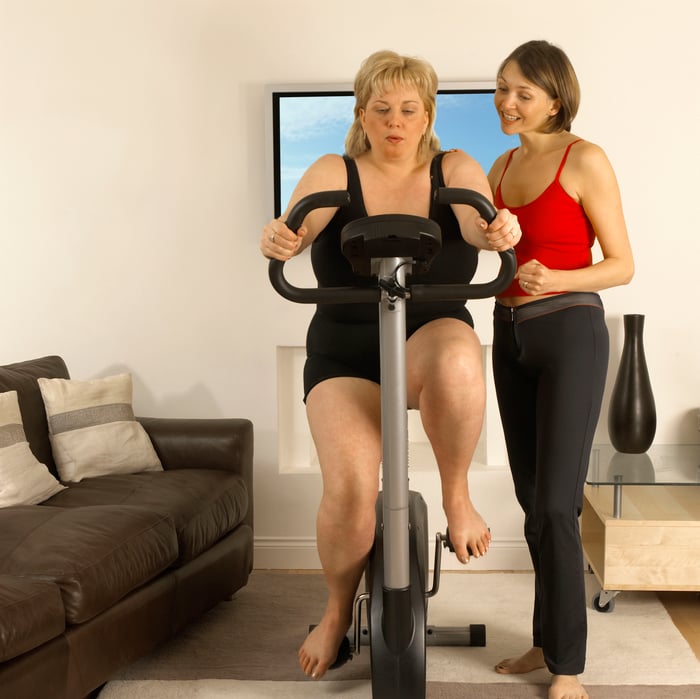 Comcast may be the last name you think of as being tied to Peloton, but in fact, it's been listed for some time as one of the bike-maker's backers by S&P Global Market Intelligence. Hidden in plain sight under the appellation "NBCUniversal Media, LLC," Comcast's investment in Peloton was right there for anyone to see. (Comcast owns NBC.).

According to an SC 13G report just filed this morning with the SEC, Comcast-owned "reporting person" NBCUniversal owned 10,340,864 "Class B" shares of Peloton, which are convertible to an equal number of Class A shares, thus representing a 19.1% stake in Peloton "based on 43,707,400 shares of Class A Common Stock outstanding as of October 31, 2019."

Granted, S&P Global data currently show Peloton's share count as having exploded to 280.7 million shares after its IPO, which would seem to imply that Comcast's stake in Peloton has shrunk a bit (to perhaps 3.7%). Whether the current number is 19.1% or 3.7% though, the upshot remains the same:

Comcast has a bigger stake in Peloton's success than I bet almost anybody ever guessed.