Please ensure Javascript is enabled for purposes of website accessibility
Log In Help Join The Motley Fool
Free Article Join Over 1 Million Premium Members And Get More In-Depth Stock Guidance and Research
By Jason Hall – Feb 15, 2020 at 6:30AM

A dropped lawsuit by the biggest player in the industry removes a cloud of doubt over its future.

Natural gas exporter Tellurian(TELL 3.02%) is little more than a great business plan and a well-regarded management team. It has little by way of existing operations, and hasn't broken ground on its Driftwood LNG natural gas liquefaction and export facility, which is expected to cost as much as $30 billion to build.

But all that is set to change this year, with the company anticipated to give the go-ahead to start construction on Driftwood later this year, as well as finalize the necessary financing to pay for it. The company also just cleared a major legal hurdle, with industry giant Cheniere Energy (LNG 0.97%) dropping a lawsuit against Tellurian and co-founders Charif Souki and Martin Houston.

With the cloud of that lawsuit now lifted, Tellurian's path forward is a little more certain, and management can focus on developing and executing on its plans for Driftwood. 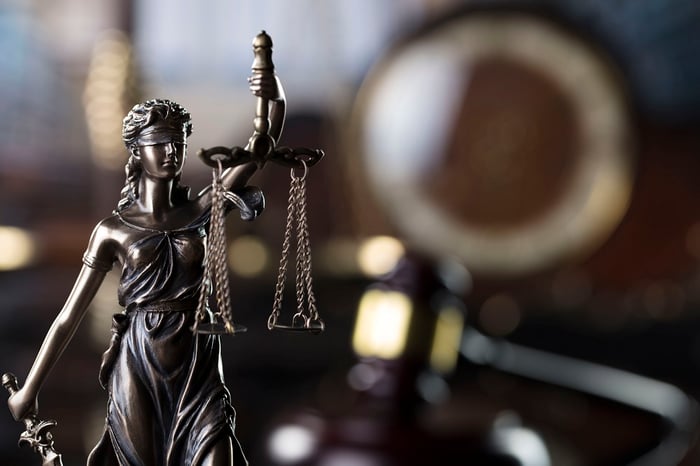 Moving on from a long-running feud

Cheniere and Tellurian share much in their roots, starting with a founder in Charif Souki. Moreover, the initial seeds for what is now Tellurian's Driftwood LNG facility started as a joint venture between Cheniere and Parallax, a consultancy business owned by Martin Houston (the other co-founder of Tellurian) while Souki was still Cheniere's CEO. But before the venture could make much progress, activist investors, led by Carl Icahn, fired Souki as CEO of Cheniere in late 2015.

Soon after pushing Souki out, Cheniere ended the joint venture with Houston to develop what at the time it called Live Oak LNG. Not long after that, Houston and Souki founded Tellurian, and began plans to develop Driftwood as it is now planned, bringing dozens of former Cheniere staff members and executives along, including Tellurian CEO Meg Gentle, who was COO at Cheniere.

Not long after that, Icahn and Cheniere filed suit, saying the new company and its founders stole Driftwood, and $47 million that Cheniere had loaned to fund the joint venture must be repaid. On the other side, the defendants in the case claimed that Cheniere was in breach of its contract with Parallax.

With Chenerie dropping suit, the long-running feud between Souki and Icahn comes to, if not an end, at least a cessation of hostilities.

Why that matters for Tellurian's prospects

Driftwood LNG is going to take between $25 billion and $30 billion to fund, from a combination of equity investments and debt. That's a lot of money to raise, particularly on a ground-up venture, and the energy market has been unpredictable enough in recent years to give investors pause on funding big projects. The overhang of a major lawsuit from a well-funded Cheniere, with an agitator like Icahn involved, has probably had some impact on Tellurian's ability to secure funding.

Now that overhang is gone, and Tellurian can focus more of its resources on securing capital to move forward with construction. To be more specific, potential investors no longer have to worry that Cheniere and Icahn will be a roadblock to a profitable Driftwood LNG export facility.

What's next for Tellurian, and what hasn't changed

Tellurian already has all the necessary government approvals and permits in place to move forward with Driftwood. It also has the bulk of the engineering work done, and the project is essentially "shovel-ready." What Tellurian doesn't have completely in place at this point, is money. The next steps for Tellurian will be to secure the remaining funds it will need to build Driftwood, so that it can give construction partner Bechtel the go-ahead to start construction. Removing the shadow cast by the Cheniere lawsuit certainly won't hurt its efforts to secure capital.

But I don't think that has substantially lowered Tellurian's risk profile as an investment. The company is still little more than a great business plan with an excellent management team in place to execute it, and that management team is tasked with going from a standstill to completing and operating a $30 billion LNG export terminal in about three years. Having management that's done it before -- its core management were deeply involved at Cheniere during this exact same stage -- is a big advantage, but there's a lot that could go wrong between now and putting LNG into the first tanker ship, including unforeseen and unexpected changes in the energy sector that weaken investors appetite for mega-LNG projects.

But for investors going into with both eyes open, there's substantial opportunity for profits if things go even remotely close to plan. And that should be at least a little easier with the specter of Cheniere and Icahn removed.