Shares of voice-over-internet-protocol (VoIP) telephony provider Vonage Holdings (NASDAQ: VG) leapt out of the gate as trading resumed post-holiday Tuesday morning. Vonage shares are up 15.2% as of 11:10 a.m. EST on news that the company beat estimates for both sales and earnings for its fiscal fourth quarter 2019 -- despite management warning that it will not beat estimates in either the first quarter of 2020, or the full year. 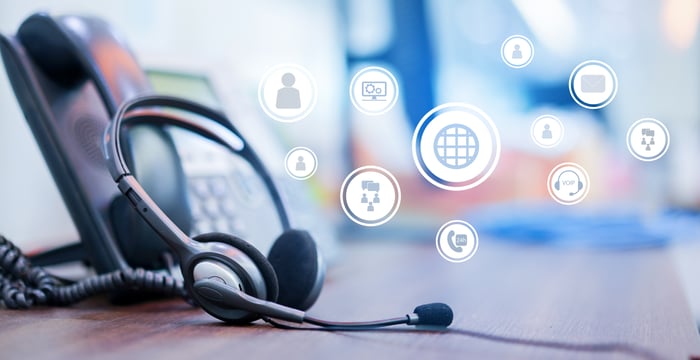 Heading into fiscal Q4, analysts had predicted Vonage would report sales of about $305.5 million and pro forma profits of $0.05 per share. In fact, Vonage says it did $310 million in sales and $0.06 in pro forma profits -- a beat, in so many words.

Q4 sales grew a bare 2.4% year over year, which doesn't sound like much -- and wasn't much. But here's the thing: Vonage's business revenue grew 28% year over year and its business service revenue was up 32%. This growth, however, was offset by an 11% decline in revenue from the company's smaller (but more profitable) consumer business, which sells VoIP to homes, despite a 5% uptick in average revenue from consumers.

Seeing this trend, and not seeing a clear way to reverse it, Vonage management announced that it "is initiating a strategic review of its Consumer segment, including the feasibility of its divestiture," so as to focus its efforts on the faster-growing business segment.

While investors might initially have been spooked by Vonage's announcement that in Q1 2020, it expects sales to be no more than $277 million (Wall Street was predicting $306 million) and for full-year revenue to fall below the consensus target of $1.3 billion, there's now the prospect that Vonage could reset expectations by getting rid of (or shutting down) its sagging consumer business. Releasing that dead weight could set the rest of the business free to grow faster -- and potentially yield a bit of extra cash as well, with which to whittle away at Vonage's $550 million net debt load.