Please ensure Javascript is enabled for purposes of website accessibility
Log In Help Join The Motley Fool
Free Article Join Over 1 Million Premium Members And Get More In-Depth Stock Guidance and Research
By David Jagielski - Updated Feb 19, 2020 at 7:26AM

Shares have soared more than 400% in just two years.

Diabetes is a growing problem in the U.S. and around the world. In the U.S., researchers estimate that nearly 55 million Americans will have either type 1 or type 2 diabetes by 2030. In the U.S., costs related to diabetes, both healthcare and societal, will reach $622 billion, which is a 53% increase from 2015.

That's why buying shares of a company that helps patients with diabetes can make for a sound, long-term investment. One company that has stood out in this area is DexCom (DXCM -0.69%). But with the stock having achieved significant gains and up more than 400% in just the past two years, investors may be wondering whether it's still a good buy or whether it has peaked. Let's take a look.

The company is coming off a strong earnings beat

DexCom released its fourth-quarter and full-year results for 2019 on Feb. 13, and it beat analyst expectations for both revenue and earnings. Sales in Q4 were up 37% year over year. And for the full year, its top line increased by 43% from 2018, reaching $1.5 billion in revenue. It was the second straight year where sales grew by at least 40%. But the company expects revenue for 2020 to grow at a slower rate, between 17% and 20%. It also expects its gross margin to remain at around 64%, which is in line with 2019. 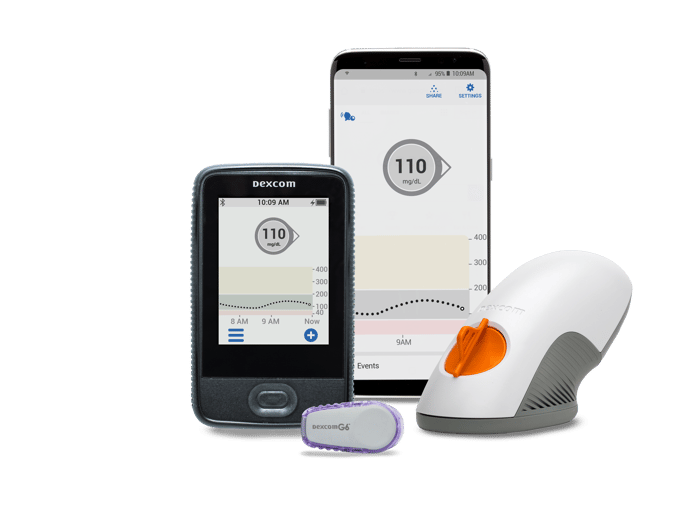 This year was also the first full year that the company recorded a positive net income, with profits totaling $101 million. In 2018, DexCom incurred a loss of $127 million, and it had a $50 million loss the year before that.

One of the reasons the company is likely to keep growing is that it continues to enhance and improve its products. The company's continuous glucose monitoring (CGM) system is driving its growth as DexCom credits the growing awareness of its real-time CGM as one of the reasons for its strong performance in Q4. Its latest product, the DexCom G6 CGM, provides patients with real-time glucose readings and does not use finger sticks, which the previous G5 product required for calibration.

Medicare does cover the G6, but DexCom notes in its earnings release that it only began shipping the product to Medicare patients in Q4. It is available at Walgreens locations, and continuing to raise awareness and rolling out the product to more patients is a key initiative for DexCom in 2020.

Another initiative the company is focusing on is a new G7 product, with DexCom looking to offer patients a slimmer, less expensive product. The company does not expect a full commercial launch of the G7 until 2021.

Abbott Labs' competing product, the FreeStyle Libre, generated worldwide sales of $534 million in the company's recent fourth-quarter results, which was a 58.5% improvement from the prior-year quarter. Medtronic, another competitor, offers both integrated and stand-alone CGM products. In its third-quarter earnings released on Feb. 18, the company noted that sales for its CGM products grew in the "mid-teens." However, the company's total diabetes sales of $610 million were flat from the prior-year quarter. Tandem Diabetes is another diabetes company that had revenue of $94.7 million in its third-quarter, which is more than double the sales the company recorded in the prior-year quarter. Tandem's flagship product is the t:slim X2 insulin pump and one of its features is the ability to integrate with the DexCom G6.

While there are many CGM products available on the market, and many are cheaper than DexCom's, the company's impressive sales numbers suggest that's not a concern, at least not yet.

Should you buy DexCom today?

In 2019, shares of DexCom soared 82%, eclipsing the S&P 500's returns of 30%. The stock's been a high performer, and it's trading at its 52-week high. But that's what can happen when a company is doing very well, and it shouldn't be a deterrent from buying shares.

But a concern for value-oriented investors is that the stock trades at some hefty multiples. With a forward price-to-earnings ratio of over 94, investors are paying a steep price for future earnings. And with sales of $1.5 billion in its most recent fiscal year, investors are also paying about 16 times sales as well.

DexCom isn't a cheap stock, and given how bullish the markets are today, a slowdown could hurt its price. With the company expecting its growth to slow in 2020, paying more than 90 times earnings or 16 times sales is a bit excessive. While the company's growth opportunities are encouraging, the shares' valuation would have to come down to more reasonable levels (around 25 to 30 times forward earnings) for the healthcare stock to be a good buy.

This Stock-Split Stock Is Up 30% Since Splitting Its Shares