Please ensure Javascript is enabled for purposes of website accessibility
Log In Help Join The Motley Fool
Free Article Join Over 1 Million Premium Members And Get More In-Depth Stock Guidance and Research
By Daniel Foelber – Updated Feb 21, 2020 at 9:33AM

This company is poised to weather any storm.

In a bull market where dazzling IPOs and tech stocks tend to capture the spotlight, it can be easy to lose sight of steady performers like Southwest Airlines (LUV -2.53%). Southwest has a history of financial strength and a reputation for a rock-solid balance sheet. The company's fundamentals, consistent performance, and low P/E ratio that is about half of the S&P 500 make it a premier value stock in today's market.

The past decade was nothing short of revolutionary in terms of investor sentiment toward airline stocks. All six major airline stocks ascended over 200% in the 2010s, beating the S&P 500 during one of the best bull markets in history. In years past, even top investors like Warren Buffett criticized the cyclical nature and capital intensity of airlines. That changed in 2016 when Berkshire Hathaway purchased shares of four major airlines. 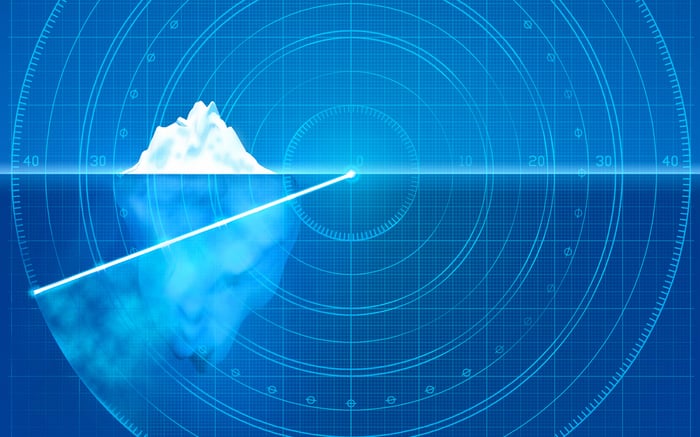 Despite droves of airline bankruptcies in the early and mid-2000s, including United Airlines and Delta Air Lines, followed by American Airlines in 2011, Southwest has remained profitable for 46 consecutive years. But Southwest was truly tested in 2019 as arguably the biggest loser from the Boeing (BA -3.39%) 737 MAX groundings.

"This is our 49th year and ... at least in my experience, there is no more remarkable year than 2019," said CEO Gary C. Kelly during the fourth-quarter conference call. "The grounding of effectively 75 of our airplanes, which is about 10% of our fleet, presents a crisis-like challenge, and our people are ready for it with the best planning, tools and technologies in our history, but more importantly with the right fortitude and the right resolve to get through this crisis."

Southwest is an unfortunate recipient of the fallout from Boeing's groundings. As an exclusive operator of Boeing aircraft, Southwest has been forced to endure headache and heartache by canceling and redrawing flight schedules and downright improvising during peak travel seasons due to an undersized fleet.

It is for this reason that Southwest Airlines is a true under-the-radar stock in today's bull market. It's easy for the company's record third quarter in 2019 to go unnoticed if all anyone is talking about are the MAX delays.

It's undeniable that Southwest will face short-term headwinds from the MAX issues. That being said, lower fuel prices as a result of oil and gas oversupply and the coronavirus outbreak in China actually benefit Southwest's jet fuel cost and have no effect on earnings since Southwest doesn't fly to China. Southwest flies across the United States and Mexico and has significant exposure to Central America as well as the Caribbean. This exposure means Southwest could benefit from increased commerce and vacationing between the United States and these tourism destinations, as well as added business travel if the economies of Central American countries undergo sustainable growth. 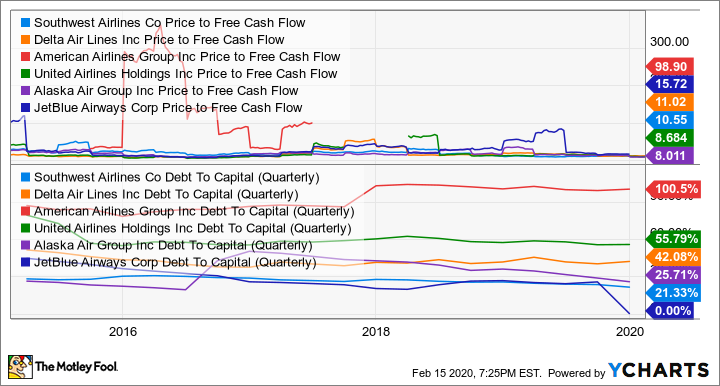 Despite being one of the more popular airlines on Wall Street and Main Street, Southwest Airlines' strong cash flow and earnings make the stock cheap on paper. Since airlines are capital-intensive businesses, it's also important to look at debt. Southwest has the second lowest debt-to-capital ratio among the cohort and the lowest net long-term debt due to its ability to fund its operations through operating cash flow instead of debt financing or equity financing.

Southwest also yields a modest 1.2% dividend, a far cry from a true dividend stock but a nice supplement to add to the investment thesis.

When enjoying the ride of a long-lasting bull market, it can be a winning strategy to pepper in some value and income to round out a portfolio. Southwest Airlines provides a good starting point for every kind of long-term investor. It's a good under-the-radar stock that can often go unnoticed in a high-flying market but has a track record for handling the turbulence when things head south.