Drivers will be paid to carry advertising on their cars. 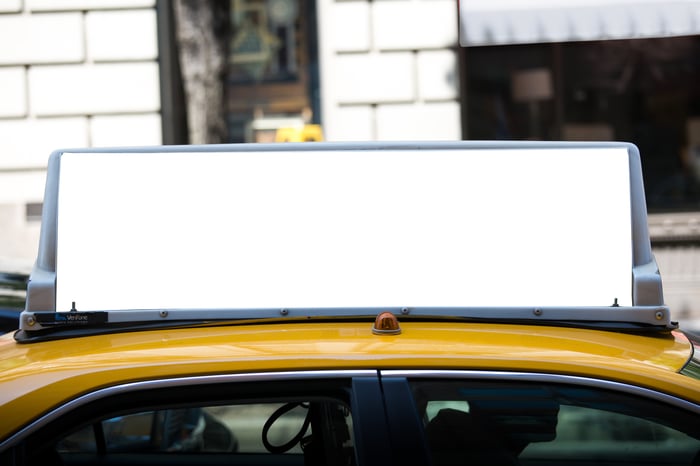 Assuming it's not a prank, the program, which is officially called"Uber OOH Powered by Adomni" (although I maintain that "Uber Advertising" would be more succinct), Uber will pay a driver $300 up front to install a sign atop his or her personal car, and an additional $100 per week if the driver carries the sign for more than 20 hours per week. At some point after an initial trial period, rates will change "based on how many hours they drive."

Adweek reports the ads will display either "eight-second still or video ads." Ad space can be purchased directly through Uber OOH initially, and from either Uber OOH or Adomni beginning in May. Farther out, Uber plans to roll out the program further, both geographically (more cities, more cars) and also permit buying ads from platforms such as Zeta Global and Amobee.

Uber CEO Dara Khosrowshahi, as you may recall, predicted earlier this month that his company will achieve "EBITDA profitability" by Q4 of this year. With a market targeting revenue from 200 million pairs of eyeballs monthly even in the initial trial period, Uber Advertising may be just the trick to help him keep that promise.