Please ensure Javascript is enabled for purposes of website accessibility
Log In Help Join The Motley Fool
Free Article Join Over 1 Million Premium Members And Get More In-Depth Stock Guidance and Research
By Rich Smith - Updated Feb 28, 2020 at 11:57AM

There's really only one possible answer.

Shares of Lockheed Martin (LMT -0.34%) stock dropped nearly 6% in early Friday trading, and remain down 4.4% here at 11:30 a.m. EST. Unlike with LockMart's other big drop this week, though, there's no obvious Lockheed Martin-specific reason for the stock to be down. 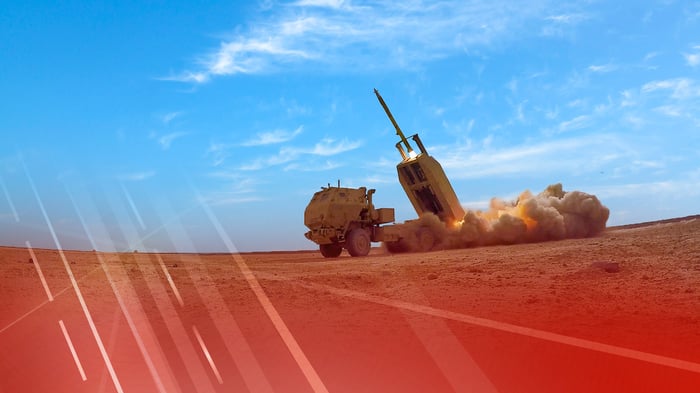 Fact is, the only real news involving Lockheed Martin over the past 24 hours has been good news. Yesterday, according to the Pentagon's daily digest of defense contracts awarded, Lockheed Martin picked up a $1.14 billion order to sell guided multiple launch rocket systems to the U.S. Army.

Now admittedly, for a company the size of LockMart -- $59.8 billion in annual sales -- even a $1.14 billion contract probably isn't enough to move the needle appreciably higher. It's not even 2% of annual revenues, and this particular contract will actually be fulfilled over the course of more than two years.

That being said, small relative to Lockheed Martin's size though it might be, the contract is good news, not bad. It's certainly not a reason for the stock to go down 4.4%.

So what is the reason Lockheed Martin stock is dropping today?

As Arthur Conan Doyle once taught us: "Once you eliminate the impossible, whatever remains, no matter how improbable, must be the truth." And the simple truth here is that Lockheed Martin stock is dropping today for the same reason that every other stock on the planet seems to be dropping:

Granted, it may not be logical to sell off shares of a defense contractor because some weird virus out of China is making folks nervous about taking a vacation cruise. But the prospect of illness makes people scared, and scared people sometimes do irrational things.

Even things like selling Lockheed Martin stock on a good news day.