Please ensure Javascript is enabled for purposes of website accessibility
Log In Help Join The Motley Fool
Free Article Join Over 1 Million Premium Members And Get More In-Depth Stock Guidance and Research
By Adam Levy - Mar 17, 2020 at 8:12AM

Ads on IGTV could give the platform a much-needed boost in content.

Facebook (META -0.76%) has been angling at ways to get a share of the growing digital video advertising market. YouTube, an Alphabet (GOOG -0.27%) (GOOGL -0.21%) subsidiary, is the leader in the market. It brought in over $15 billion in gross advertising revenue for Google last year.

But YouTube doesn't keep most of that ad revenue. It splits gross video ad sales with its creators, typically giving 55% of revenue to video publishers. That's a key incentive to get creators to keep using the platform.

Facebook copied that split with Facebook Watch, but it's failed to attract a lot of creators to the platform. Meanwhile, its Instagram-based sister, IGTV, has been slow to roll out monetization options for creators. That's about to change, however. Instagram started reaching out to top creators to test ad units on IGTV, according to a report from Bloomberg. Ads on IGTV could draw a lot of Instagram influencers to the service, since it presents an easy way to monetize their popularity on the main app. 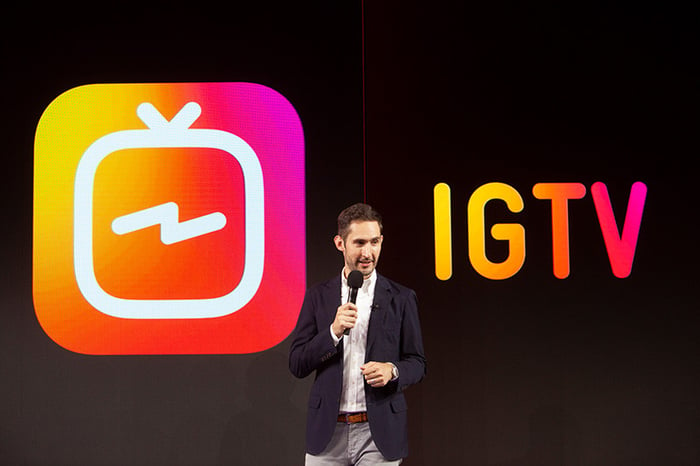 As a result, Instagram is one of the best places for people trying to make some extra money from their interests and hobbies to share content. But actually getting to the point where a user's influence can actually make a few bucks is relatively difficult.

Someone can put up a short video on YouTube and see some revenue the next day. Setting up and building a following on Instagram takes time. Not only that, but once a user acquires a critical mass of followers, they still have to strike partnerships with marketers in order to monetize the audience they've built.

Bringing advertisements to IGTV could be a way for Instagram to funnel the large number of influencers (and soon-to-be influencers) on its platform to the service by promising an easy way to monetize their audiences. Users can post snippets of their IGTV videos to the main Instagram feed to capitalize on the existing followings they've cultivated.

Instagram never tried licensing content to seed IGTV, and thus it's been much more slow to grow its user base. The stand-alone IGTV app was downloaded just 7 million times, and Instagram recently removed the IGTV button from the main app. Instagram hasn't said how many people actually watch IGTV videos, which are still accessible in the main app by clicking on a video on the feed or navigating to the Explore tab. By comparison, Facebook says it has over 140 million daily viewers on Watch.

If Instagram can get the messaging out to its top video creators properly, it could see an influx of creators using the IGTV platform. Getting more user-generated content from people with considerable followings on Instagram's main app should push more regular users to the feature in the app, and it wouldn't take a huge investment like Facebook made in Watch.

Ultimately, good content from creators people are interested in will be the main draw of IGTV. Offering a way for those creators to make money comparable to the money users make on YouTube will be key to getting that content on the platform.

Instagram should be able to produce strong ad prices for influencers. It's backed by the ad-targeting capabilities of Facebook, which are just as good as (if not better than) Google's. So, as it grows an audience for IGTV, Instagram should see a lot of ad revenue roll in. Even with a user base around half the size of YouTube's 2 billion, the tech company should be able to generate billions in revenue eventually from IGTV.